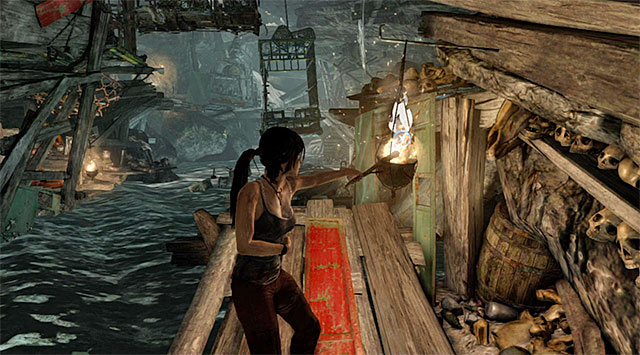 Jump down and wade through the waterfall. Don't worry about the doused torch. Take a look at the barricade, then go right. Look around for a lamp to ignite the torch again. 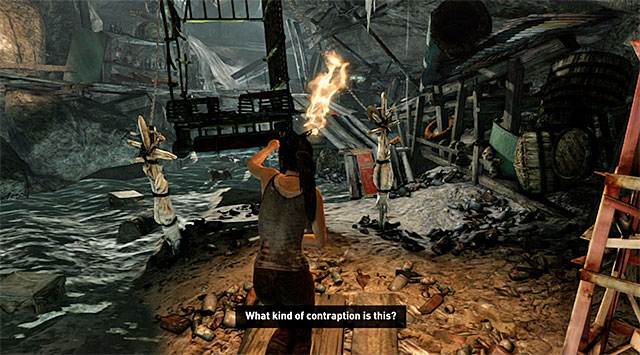 Start exploring the cave, but stay on the wooden walkway; stop when you get to two poles with ropes tied to them. Use the torch on each of them to raise the large cage. 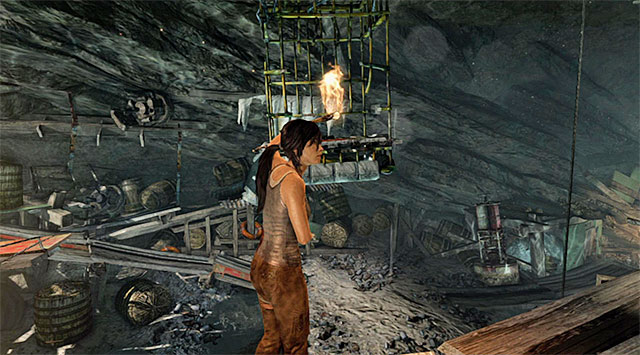 Get back on the walkway and head for the ledges. Stop where the screenshot indicates. Step back, run-up and jump towards the cage. Stay inside for a while, waiting until the transport of the crates outlined in the distance is finished. 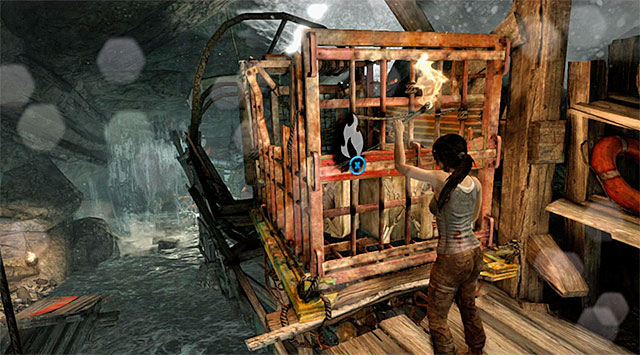 Jump down, get back on the ledges and this time stop at the second crate, pictured above. There are two things to do here: first, use the torch to light the crates, then push the cage. This will destroy the barricade you've seen before (reward: 250 XP). 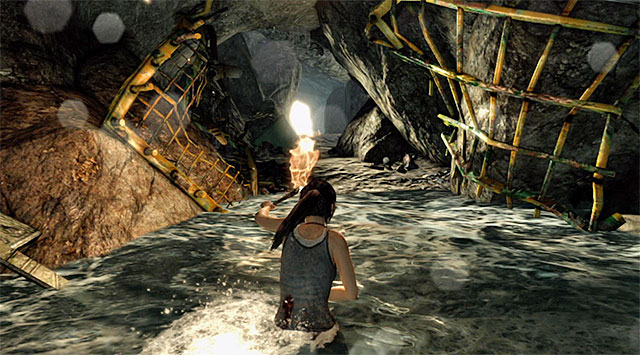 Proceed towards the newly unlocked passage. After a while Lara will lose the ground under her feet and land in the lower section of the cave. Run - if you stay in there for too long, you'll lead her to her death. 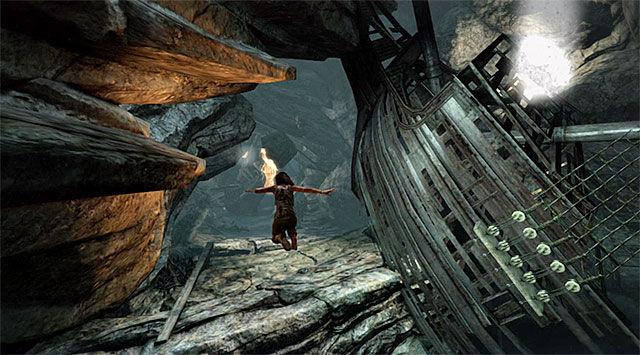 Be ready to do some jumping to avoid falling into chasms. 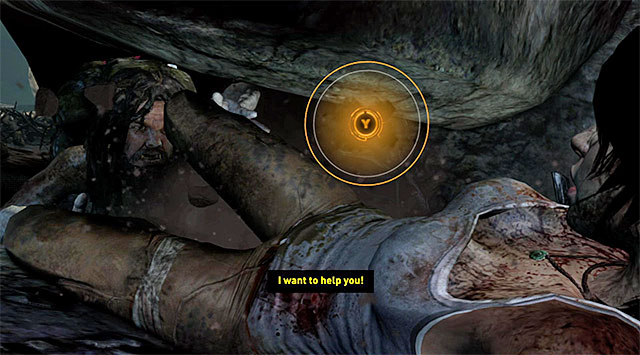 Get ready for the second encounter with the madman. First, move the analog stick the same way as before, but then you'll have to push the indicated button in the right moment (screenshot) (reward: 25 XP). Don't make a mistake, otherwise Lara will die and you'll have to repeat the whole scene. 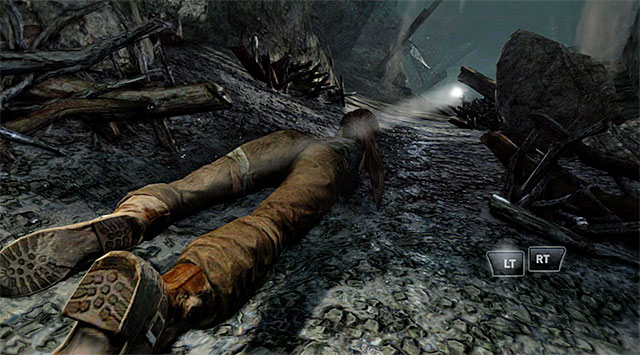 Start running again and don't stop for anything for too long. The final part of the escape will force you into a new mini-game: tap the indicated buttons one after the other to proceed further. 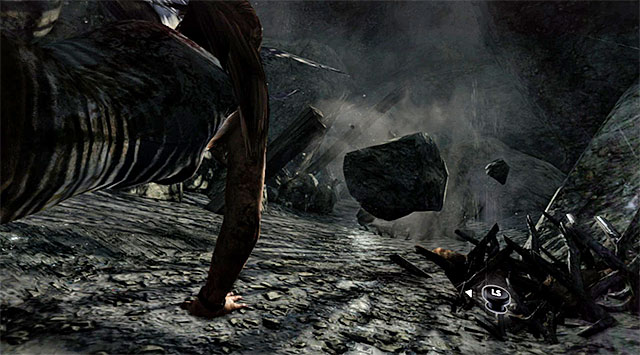 There will also be two spots where you'll have to quickly wiggle the analog stick in the right direction (left at first, then right) to avoid getting crushed under falling boulders. Repeat the process until you reach the exit (reward: 300 XP). 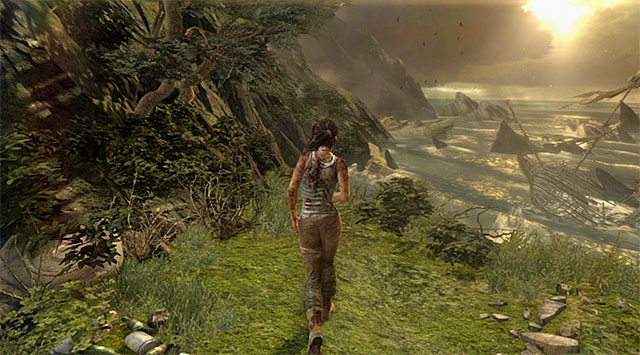 The final part of the objective is very simple and takes place in Coastal Bluffs. Go down the linear path towards the place where Lara spots the abandoned raft.