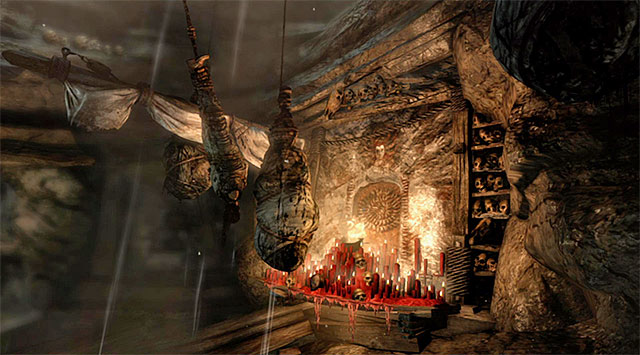 The game opens with a scene that gives you very limited movement options. Your job is to swing the cocoon Lara is trapped in; to do that, wiggle the analog stick left and right (or press directional keys) until the cocoon next to you catches fire and the camera changes its angle. 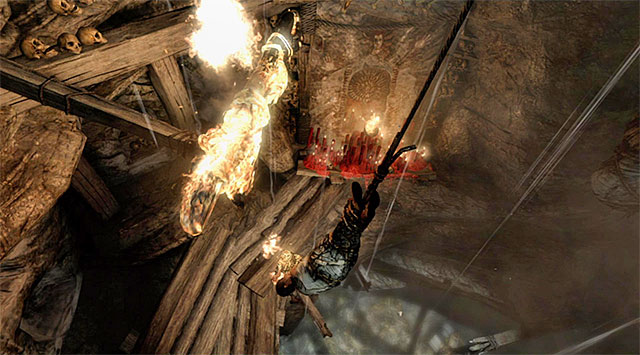 Swing the cocoon once again to get close to the flames on the left. This will ignite Lara's cocoon and set her free. 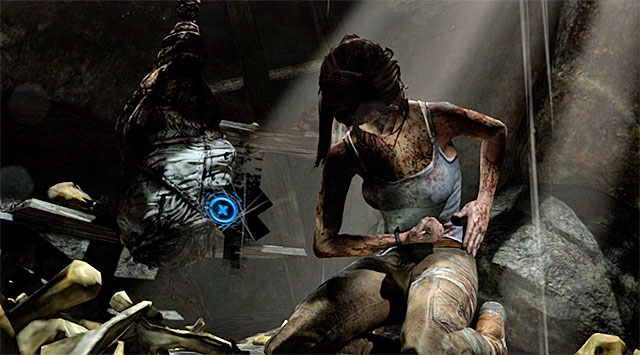 As soon as she hits the ground, be ready to rapidly tap the action button. 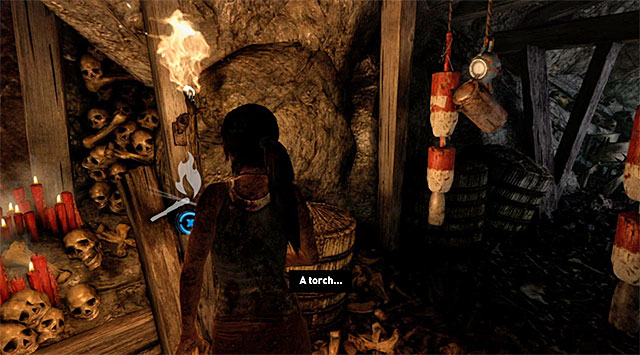 You're free to explore the first location in the game, Scavenger's Den. Don't mind the distortions on the screen; they'll stop once you're through the first area. When you get to altar, look around for a Torch on the left. 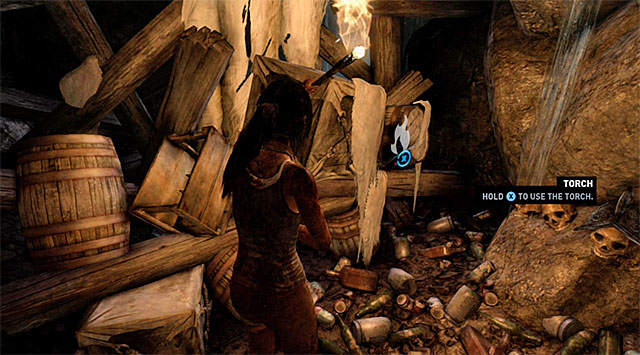 You can use the newly acquired torch to ignite some cocoons, but it won't get you anything. There's nothing else to do but to go through the only available passage. When you reach the barricade, hold the action button to have Lara set the debris on fire and open a further path. 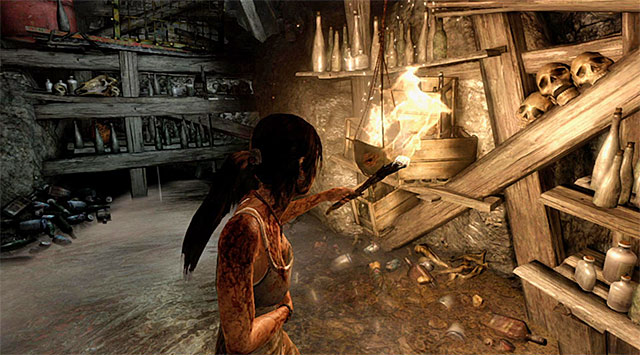 Move forward and you'll get to a narrow passageway through which Lara will automatically squeeze. At the other side of the cave, the game will suggest trying out the Survival Instincts mode, which lets you highlight all interactive objects in the vicinity. Start by interacting with the lamp on the right to light the torch again. 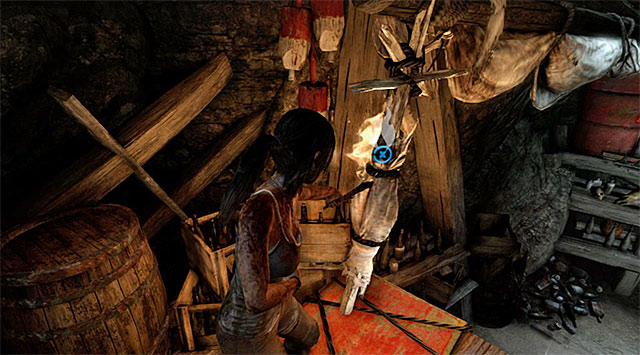 Afterwards, turn left, approach the shelf and push the action button to climb onto it, then turn right and use the torch to ignite some more debris. Jump down, wait for an explosion and go through the newly unlocked passage (climb again). 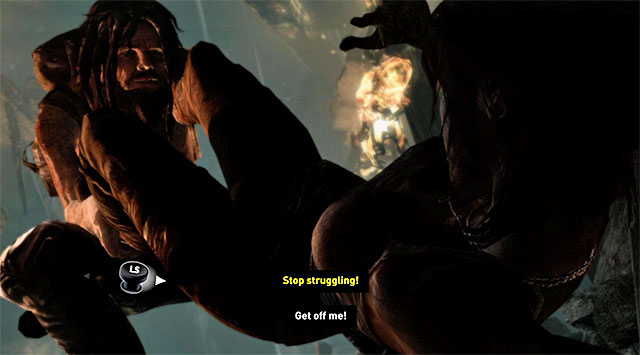 Approach the small hole so that Lara automatically crouches. Get ready - shortly after going down the dark tunnel you'll be forced into a mini-game involving a man who will try to grab you. Follow the game's tip to push him back by quickly wiggling the analog stick left and right (or by pressing the directional keys). 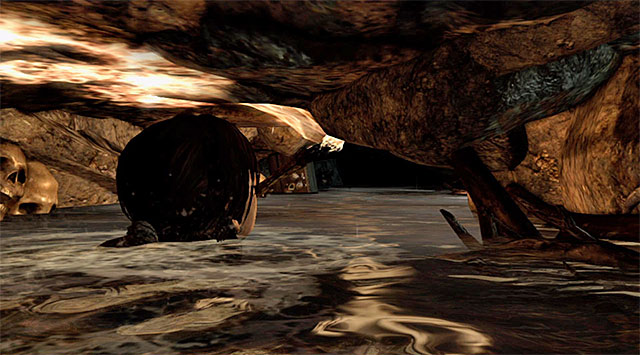 After you manage to escape, make your way through the partly flooded tunnel. The scene is very linear, there's not much for you to do.