Surely, many people starting Tom Clancy's The Division 2 wonder if the game is playable in single player mode. This chapter will tell you if such gameplay is possible and what limitations does it bring.

By default, Tom Clancy's The Division 2 is a multiplayer title - the best way to approach the game is to play in 4-man teams, which brings out the fun and facilitates the gameplay. This does not change the fact that single player gameplay is possible - you can engage in main and secondary missions, as well as take part in most side activities while playing alone.

The situation changes with higher difficulty levels, Bounties, and end-game missions - such activities require a well-knit team - without one, completing these missions is almost completely impossible. The same applies to PvP modes, which require you to join a team, making it impossible to play solo. When it comes to Dark Zones, lone players can also participate, but the gameplay can be difficult, as you can encounter a group of enemy players. 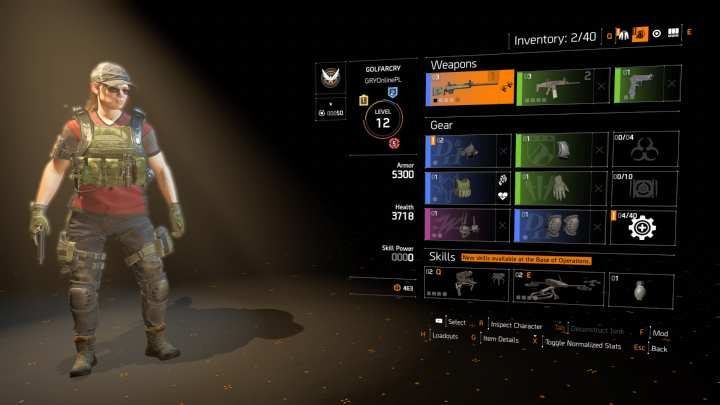 Solo gameplay requires a good build - equip a sniper rifle and a medium-range weapon, and choose a crowd-control and a healing ability.

To sum up - solo gameplay is possible, but there are certain limitations, such as:

Note - Remember that you don't have to find friends to play The Division 2 with. You can utilize the Matchmaking option to find random allies. You can access this option from the map menu - moreover, matchmaking computers are found in any hideout.