In the Division 2, the base of operations is one of the most important locations in the game. Here, you unlock new abilities and perks (with the help of the quartermaster described in the next chapter), encounter the most important characters from the game, have access to a crafting station, as well as have quick access to gameplay modes. This chapter contains information regarding the base of operations and its features.

How to reach the Base of Operations?

Similarly, to the first installment, the Base of Operations is unlocked soon after beginning the game, during the first mission in which you need to reach the White House. This stage cannot be missed, as it is connected to the main storyline, and you cannot push the story forward without unlocking access to the Base of Operations.

What can be found inside Base of Operations? 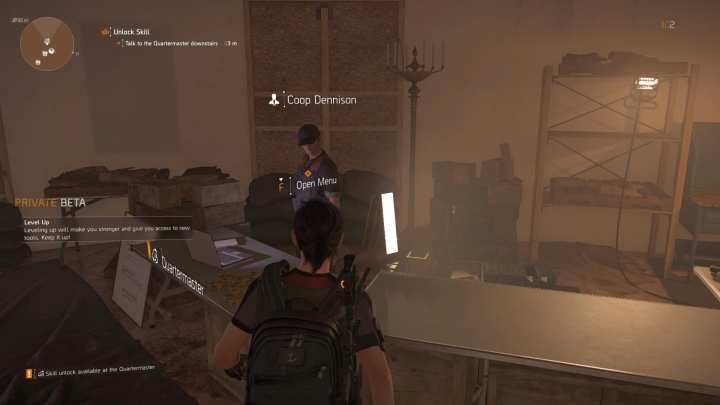 The Quartermaster is one of the most important people in the Base.

At first, the Base of Operations will be empty, but as the story progresses, you'll receive access to new facilities. Among others, you'll find the following facilities:

Note - This chapter was created based on the Beta version of the game. It will be updated after the release.