Public Execution and Rescue Operation are two similar activities found in The Division 2. Both involve saving hostages, but there are some differences appearing during the course of the mission. This chapter contains information regarding both of these activities. 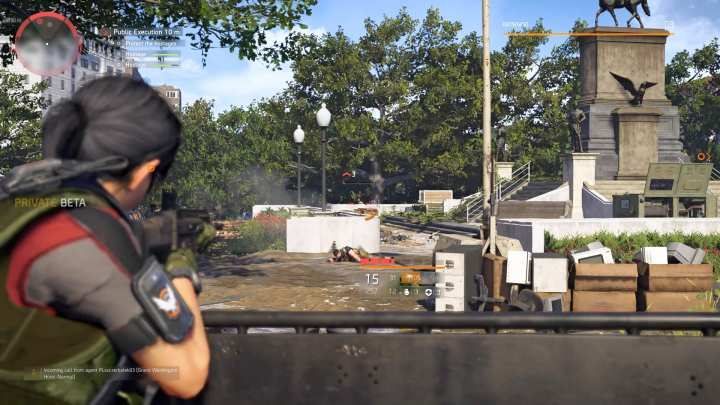 In Public Execution, you need to protect a group of hostages from harm.

Public Execution is an event in which a group of opponents has captured a few of your allies and plan to execute them. The mission begins once you reach the area and start firing at the opponents. Your job is to eliminate the opponents and avoid letting hostages get killed. After defeating a few groups of opponents, the task will be completed.

The reward mainly depends on how many hostages you've managed to keep alive - more hostages mean more rewards. The task is rewarded with experience points, Credits, as well as items and/or crafting materials. If all hostages have been killed before you've managed to eliminate the opponents, the mission will end in failure. 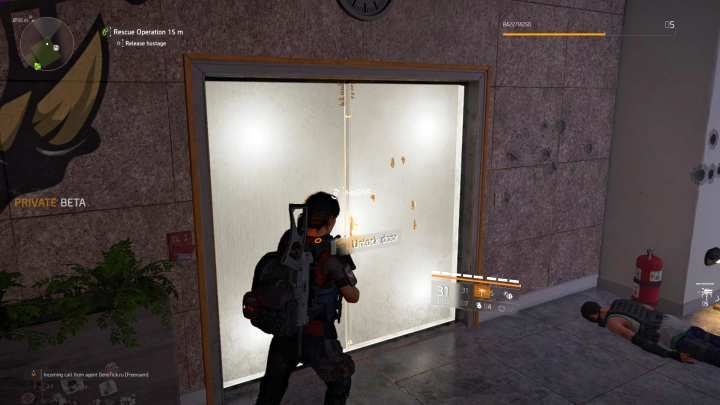 During Rescue Operations, you need to get the hostages out of the locked room.

Rescue Operations are similar to story missions. Your task is to reach the area where the hostages are held, eliminate all opponents, and get the hostages out of the locked room. This activity is similar to Public Executions, but in this case, the hostages do not take part in combat and cannot die. Moreover, you'll encounter more opponents. Once you free the hostages, you'll receive a reward, in form of experience points, Credits, items and/or crafting materials.