Propaganda Broadcast is one of the many randomly generated activities that can be encountered on the game map. The objective of these missions is to take over the speaker system and begin broadcasting propaganda. This chapter will tell you how to complete such activities.

Taking over the broadcast system 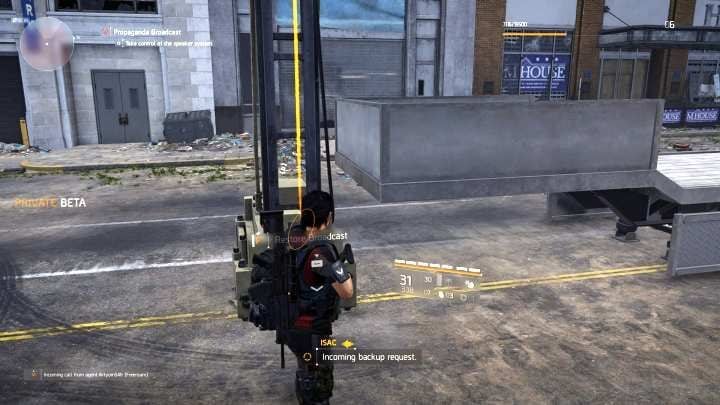 To begin the mission, you need to activate the broadcast system

When you reach the location shown by the marker, start by eliminating nearby opponents. There will be only a handful of them, you should take care of the problem quickly. When you eliminate the opponents, approach the speaker system shown by the mission marker. Your mission is to activate it, and defend it when it broadcasts propaganda. Look around the area and search for a good place to hide, then activate the system and get ready for combat. 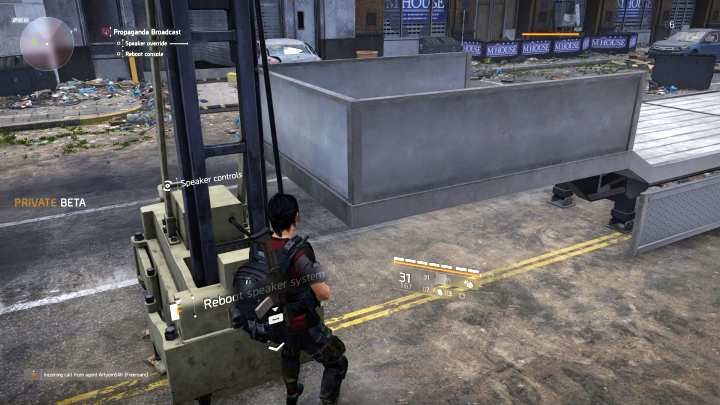 The speaker system crashes from time to time - you need to reboot it.

The moment you'll activate the broadcast system, the enemies will start to approach to your location. Take a look at your minimap - the red area shows from what direction the enemy is coming, enabling you to position yourself to respond to an enemy attack. After fighting off a few waves of opponents, the enemy will start incoming from a different side. Moreover, after a short while, the speaker system will crash - you'll need to approach and reboot it.

After rebooting the system, you'll need to defeat additional waves of opponents, then deal with the remains to clear the area around the speaker system. When you clear the area, the mission will be completed, and you'll receive experience points, crafting materials, or equipment for your character.