Conflict is a group of game modes available in Tom Clancy's The Division 2, focused around PvP gameplay. At the launch of the game there are two modes that can be accessed via Conflict - Skirmish and Domination. In this chapter you will find information about all of those activities. 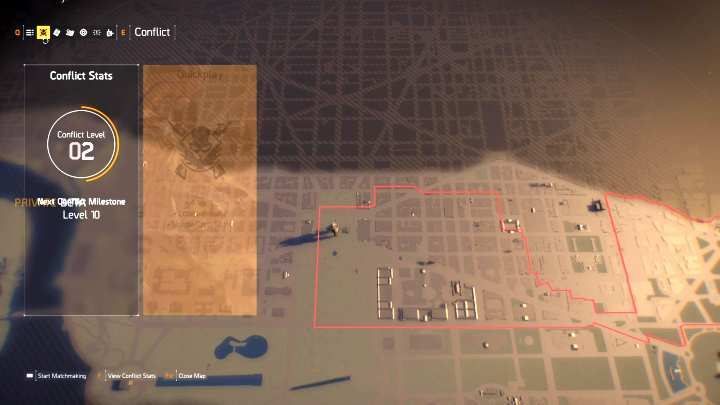 You can start a Conflict match through:

This will initiate a matchmaking process and will allow you to look for other players to play with. Once it is done, the players will enter the voting screen, where there will be 3 maps to choose from, in two different game modes - Domination and Skirmish. The map with the most votes will be chosen for the game.

During a Skirmish match, two 4-man teams face each other. Each team receives a pool of 16 tickets - after the death of a team member, the pool is depleted by one point. As can easily be imagined, the objective is to deprive the other team of all their lives. The players enter a small arena which is full of various hiding places, pathways, and tunnels allowing a tactical approach. 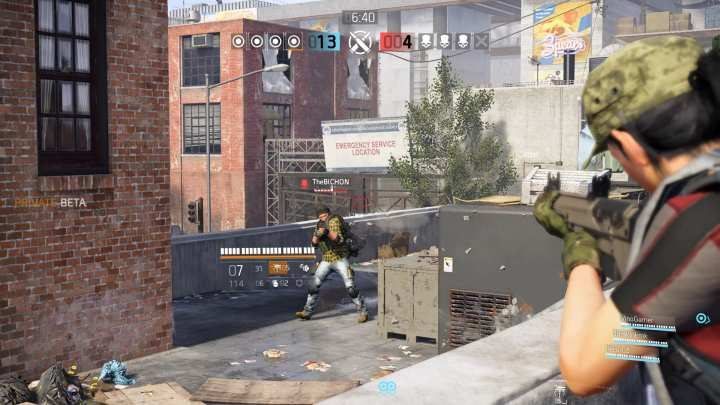 In Conflict, your objective is to eliminate opponents.

Here are a few tips that will definitely come to be handy during matches: 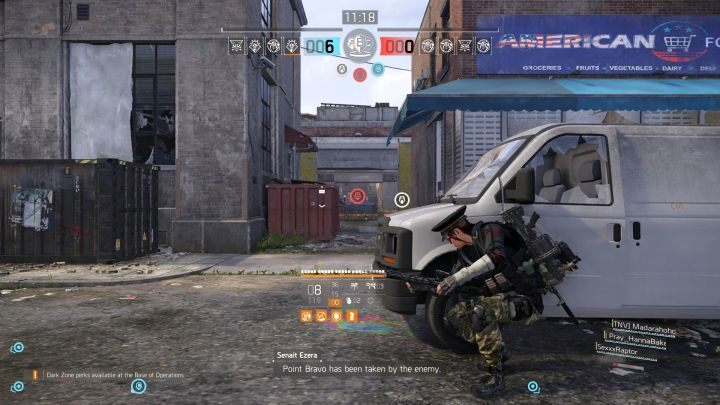 In the Domination mode the players fight to control 3 control points on the map.

Domination is a game mode in two 4-man teams compete against each other and their goal is to seize control over 3 control points scattered around the map. The task of each player is to reach those control points and capture them. Each one control point in the possession of a specific team generates 1 point each second for the team. The team that fills the entire bar in the upper part of the screen or has more points at the end of the time limit will win the game. 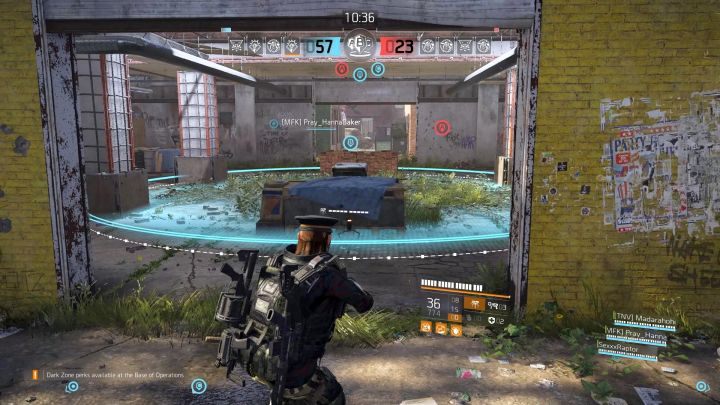 Once captured, control points must be protected.

Here is a handful of tips that will definitely be useful during matches in the Domination mode: