As you can easily guess, Sharpshooter in Tom Clancy's Ghost Recon Breakpoint is a character that focuses on fighting from a long distance, using sniper rifles and DMR. It is perfect for people who like to keep a safe distance, eliminate enemies from hiding and support companions. In this chapter you will find information about the characteristics of the Sharpshooter class, its abilities and special item, as well as some tips on how to play this class. 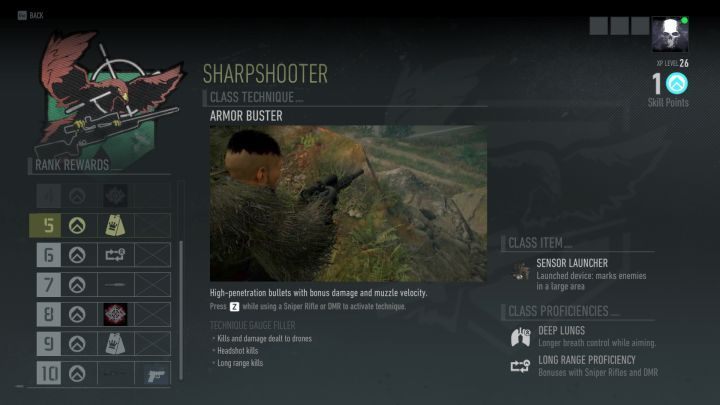 A screen depicting a Sharpshooter class.

Like all other character classes available in the game, the Sharpshooter has several unique features, namely:

When you decide to play as a Sharpshooter it is worth to remember about the following things: