The drone was the primary tool used in the previous game, Wildlands. This gadget appears again in Tom Clancy's Ghost Recon Breakpoint. The only difference is that the drone isn't available right from the beginning of the game. Read this chapter to learn how to unlock it.

How do I unlock a drone?

As noted in the introduction, in Tom Clancy's Ghost Recon Breakpoint, the drone isn't available from the beginning of the game. To access it, you must complete the Eagles Down main mission by reaching the resistance headquarters in Erewhon and talking to the wounded member of the Ghost squad. After that, you get access to the drone - you can use it from now on.

To activate the drone, just press the "X" key (or hold up on the d-pad if you are playing with a gamepad or on XONE/PS4). Once activated, you can start using it in the same way as in Wildlands.

How to use a drone effectively? 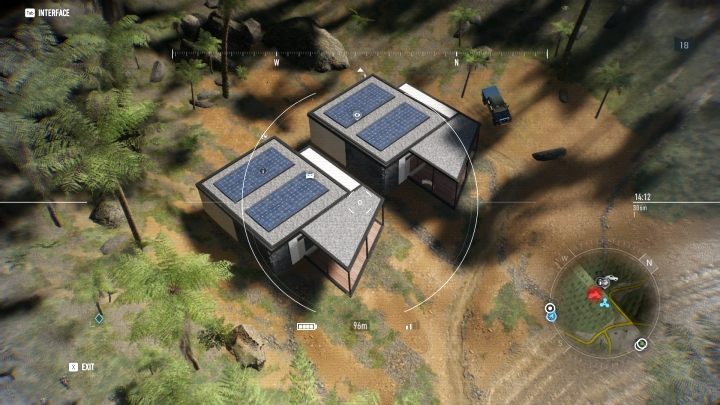 The drone helps you scout the area from a safe distance.

The main purpose of using the drone is scouting. By aiming the drone at the target, you are able to determine the positions of enemy units - they will be visible until the target is eliminated or you move away from them. In addition, you can find interesting objects (such as boxes with equipment or intelligence data), as well as new locations (marked with a "?" sign) or a camping spot.

You can increase the efficiency of the drone by acquiring several skills for it. These are the following: