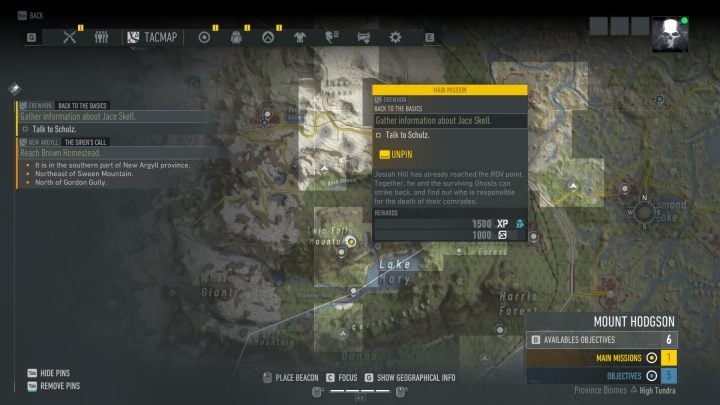 The main missions are marked yellow on the map.

Main missions in Tom Clancy's Ghost Recon Breakpoint serve mainly to push the plot forward - they allow you to experience the main storyline and completing them is mandatory to unlock new gameplay mechanics, locations, and to complete the game. Complete them to get a huge amount of experience points. The missions themselves are relatively simple, especially when compared with side tasks.

The main missions are marked in yellow on the map. At a given time, you can have only one main mission active - after it is completed, you automatically get a new one. 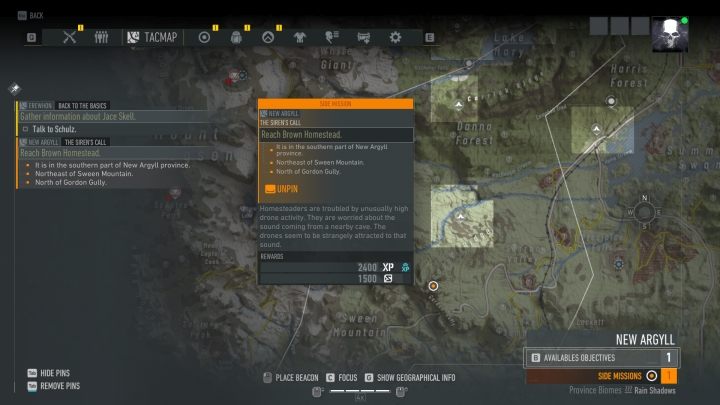 Side missions are marked in orange.

You unlock side missions by talking to the NPCs - whether in the game world or at the resistance headquarters, Erewhon. Speak with a quest giver and accept their mission - that mission will appear on the world map. Side missions may require you to complete a wide variety of objectives. Usually, they are also divided into stages and often take place in various locations. By completing them you often get more experience points than for the main missions. You also can get useful items, equipment, and even additional skill points.

Side missions are marked on the map in orange. You can have several side missions active at the same time and you can complete them in any order. It is worth remembering that most of the side missions have a recommended difficulty level - don't accept them when the overall equipment level of your character is lower than the required. If you accept such mission, you will have problems defeating enemies encountered in that quest.

Below you can find a few tips for main and side missions: