Tom Clancy's Ghost Recon Breakpoint features dozens of different abilities that can be unlocked as you progress in the game. Which skills should I choose during the first hours of the game to get best results? This is what you will find out from this chapter. 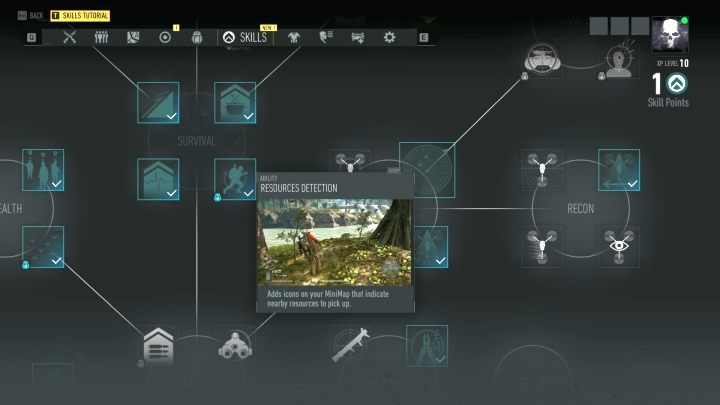 Some abilities greatly facilitate the gameplay.

During the first hours of gameplay, it's worthwhile to focus on improvements that give bonuses to your experience points, allow you to use your new skills, or make it easier to craft and upgrade your weapons. For this reason it is worth to be interested in the following abilities:

The above mentioned abilities can be unlocked practically from the beginning of the game, and the amount of development points needed for this purpose can be gained in a few dozen minutes of gameplay. Unlocking them, in turn, may significantly facilitate the course of further gameplay, so it is worthwhile to take an interest in them.