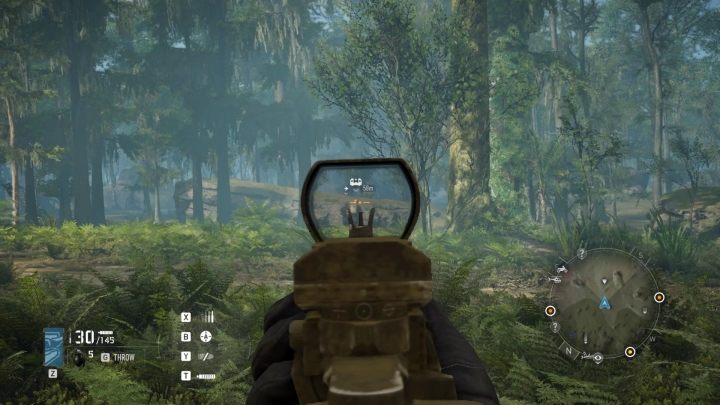 Eliminating enemies is the fastest way to earn experience points.

It's all about gaining experience points. You will receive these for eliminating targets, marking them with a drone (after unlocking the appropriate ability), gathering collectibles or completing quests. Once you have collected enough XP and the character development bar is full, you will advance to a higher level of experience, giving you 1 development point to distribute in return.

The amount of experience points gained by eliminating enemies can be increased by various bonuses and boosts. You can get these from both armor elements (from "green" items and higher) and as one of the enhancements offered during camping (for more information check the "Bivouac - rest and fast travel" section of our guide).

Unlocking new abilities in Tom Clancy's Ghost Recon Breakpoint is a child's play. Just open the development screen from the pause menu, select the ability you are interested in and then unlock it. To make sure it's not too easy, you need to earn enough development skill points (some abilities require more than 1 skill point) and also unlock the abilities that precede the one you want to invest in. Detailed information about the abilities that are worth unlocking during the first hours of the game can be found in a separate chapter of this guide. 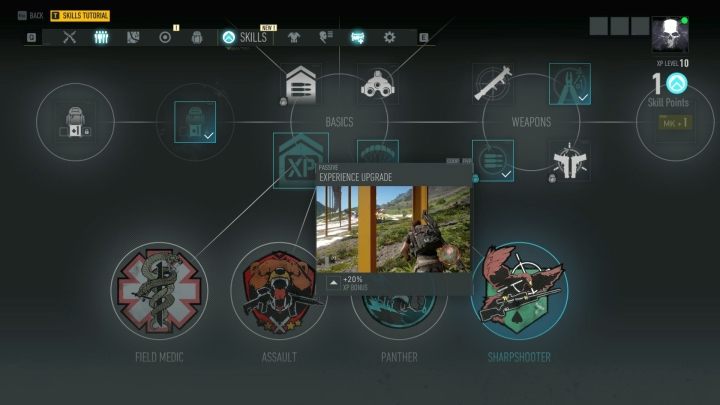 Experience Bonus ability can be unlocked at level 2, and it provides a huge, 20% bonus to earned experience points.

Finally, we have prepared a set of tips related to acquisition and distribution of skill points in character development, namely: