Hiding from enemies plays an extremely important role in Tom Clancy's Ghost Recon Breakpoint - you are being hunted (you play the role of 'wild animal' here) and a direct battle with opponents may often end in instant death of your character. So, it's important to avoid direct contact with enemy and use camouflage at all costs. In this chapter we explain how to remain unnoticed by the enemy and how to escape when your opponents have noticed you.

Sneaking and silent elimination of targets 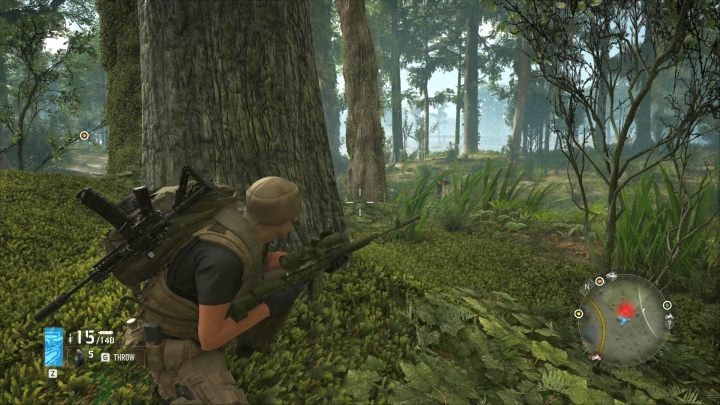 Terrain obstacles can also be used to hide from the enemy.

Sneaking around, quietly approaching the target and silent elimination of enemies are habits that should be learned from the very beginning while playing Tom Clancy's Ghost Recon Breakpoint. This way, you'll be able to easily knock out even a large number of enemies without alerting the rest of nearby opponents. Also, you will avoid fighting with much heavier reinforcements like drones or helicopters. During these activities, it is important to remember the following things: 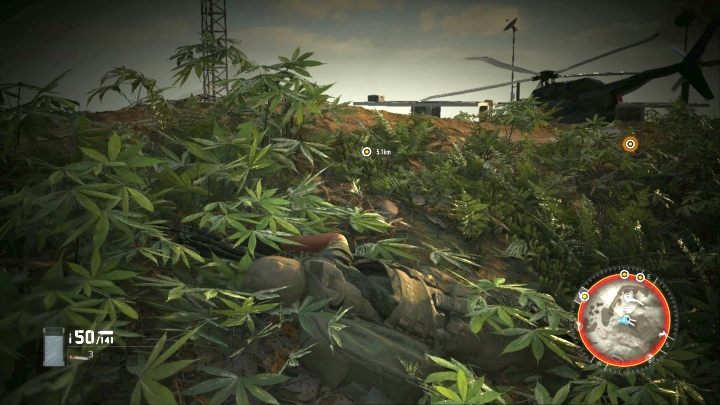 Character crawling and lying in mud or snow is practically invisible to the enemy.

Camouflage is an important feature that allows you to effectively avoid contact with enemies. In Tom Clancy's Ghost Recon Breakpoint you can use it in two ways, as following:

It's worth remembering that you can fire from your temporary hideout, preferably with a silenced weapon, but enemies tend to check where the character shot from - even if they didn't hear the bullet or see you, they'll still go there. So it is worth to fire a few shots and move away to the nearby or distant by several meters bushes, where enemies won't be able to find you.

Finally, a handful of tips on the mechanics of hiding from enemy. Check them out: