Tom Clancy's Ghost Recon Breakpoint puts quite a lot of emphasis on the elements of survival as one hero. Also, there are such mechanics as wounds and injury systems that have a significant impact on the gameplay. In this chapter you will learn how they work and how to deal with them.

Wounds and injuries of the character 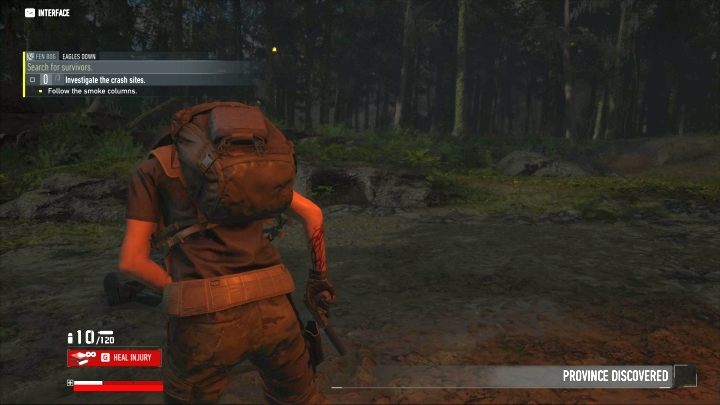 We treat the wounded character at the beginning of the game.

Regardless of how the game is played, the character will sooner or later be wounded during encounters with enemies. In most of these situations, the health points will automatically regenerate, as long as the character has a short period of peace (does not receive further damage).

However, sometimes the character will be injured, either by taking large damage from an enemy or by falling from a mountain slope - your health bar will be reduced. It will turn red. You will not be able to regenerate anymore. Player intervention will be necessary here - you have to use a bandage or injection to restore your character to full health. The character carries an unlimited number of bandages, but the treatment by this method takes from several to tens of seconds. The injection is applied instantly, but it does not always treat your hero in 100% and the number of carried syringes is also limited. Use these healing items according to the current situation.

Fatigue and stamina of character 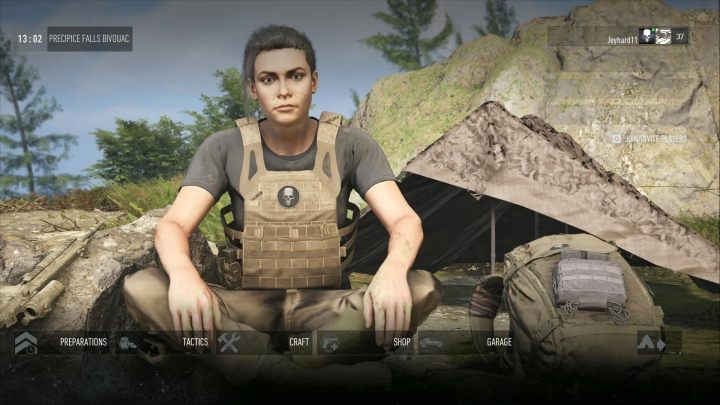 Camping allows you to relax and gain strength before further challenges.

The second mechanics connected with your character's health is the stamina / fatigue level. During many activities, such as sprinting, climbing or escaping from a mountain slope, the character will get tired regularly. When the stamina runs out, a bar will appear at the bottom of the screen to indicate this process. When this bar becomes exhausted, the character will not be able to run, and descending from the slope of the mountain may result in a fall. This can deplete your health bar a lot and even kill your character in extreme situations.

As the game progresses, the character will be regularly tired and the stamina bar simply gets decreased - allowing for shorter sprints or slower mountain climbing. To solve this issue, you can simply drink water from your water container (available from the beginning of the game). This can solve the problem temporarily, for a short while. Also, you can relax in a camp (for detailed information see the chapter "Bivouac - rest and fast travel" of our guide), which will regenerate the strength of your character - it may take several minutes.

Finally, a handful of advice related to the health of your character, namely: