Choosing the stairs will allow you to reach the upper floor. One of the enemy soldiers will be standing to your right. Kill him. Once he's gone, deal with the remaining enemy units. I'd strongly recommend moving back to the stairs, because you are going to be attacked by a soldiers who is using a heavy machine gun post. Look at the screen, because that's where you'll find him. Check the crate in order to pick up a weapon. You will also have to pull a lever in order to fulfill one of the main objectives. Wait for a new task to be displayed on your screen. 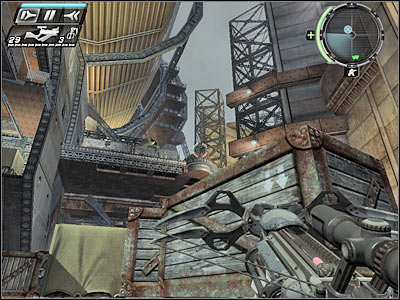 Using the lever not only allowed you to fulfill a mission objective but also motivated a few other soldiers to attack you. Start off by neutralizing a second heavy machine gun post (screen). After that, secure a nearby balcony. Obviously you should be using a crossbow during these fights. You should also be on a look out for flammable objects. 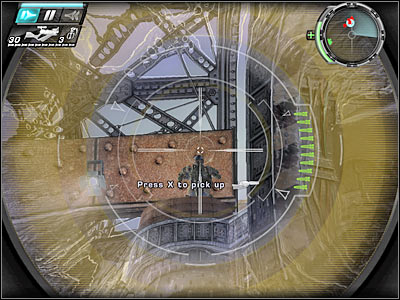 You must be extremely careful here, because a small group of soldiers will try to surprise you by attacking you from the rear (screen). Make sure you've killed them as soon as possible. Once they're gone, head on towards a new door. Use the stairs to get down to the lower level. Your objective here will be to enter a new room. There are two guards inside. Kill them. 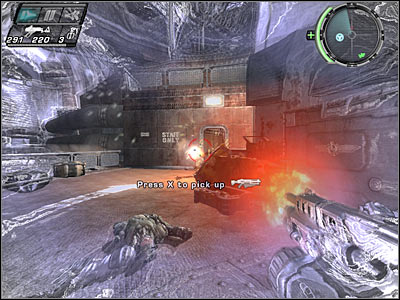 Head on towards a nearby door and you'll end up outside of the main building complex. Keep moving forward. There's going to a passageway here (screen). Go there now. Inside you'll have to take out several enemy guards. Once they're gone, head on to a large control panel. Using it will allow you to open a main gate. You will also be rewarded with a cut-scene. Familiarize yourself with a new mission objective. 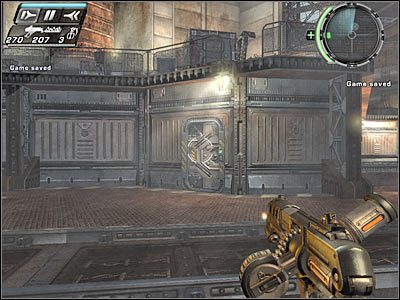 There are some doors in this area. Use them to get to some of the surrounding rooms. You'll be moving towards a larger gate. Keep heading forward. You will probably encounter a few soldiers along the way, however you shouldn't have any problems killing them. Pull a lever and keep moving forward. You'll eventually reach a second larger gate (screen). 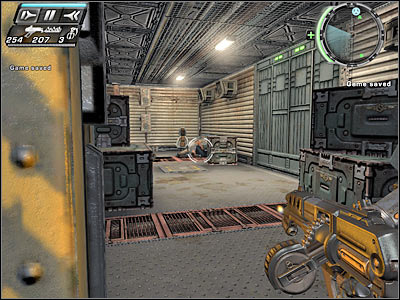 Now you will have to deal with several security guards. They aren't heavily equipped, so it shouldn't be a problem. Keep heading towards your current destination. Eventually you'll reach a new staircase. Use the stairs to get to the upper floor. Look at the screen - that's how your main goal area looks like. There are some snipers here. Kill them as soon possible. 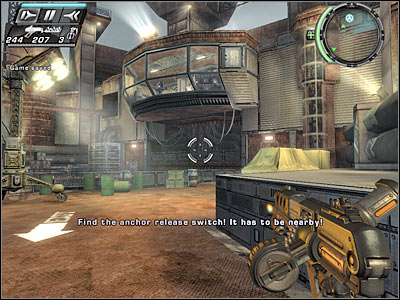 Head on to your right. Flip the switch and wait for an elevator to show up. Enter the elevator and pull a lever, so it'll start moving. Once you've reached a new floor, kill a single enemy soldier and enter this new room (screen). Obviously you will have to kill all security guards. Once they're gone, approach the console and press and button. This will trigger a new cut-scene. Get ready for the next mission. 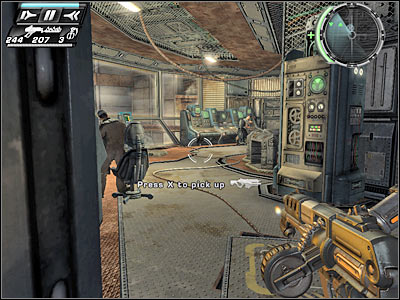