Once you've landed inside the fenced off area, turn right and wait for enemy soldiers to show up. Some of them will be using shields, however you won't have to kill them on your own. Instead, aim for the flammable objects. You should also consider activating a slow-motion feature here, so they won't be able to move too far away from the explosion. 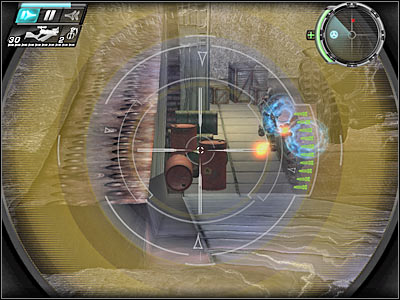 Once you've dealt with the elite soldiers, you will also have to kill some of the standard enemy units. As for the rooms they were hiding in, you may consider going there. You would find a weapons locker (screen). Once you've secured this area, go back up. You must go to your right. I'd strongly recommend saving the game along the way. 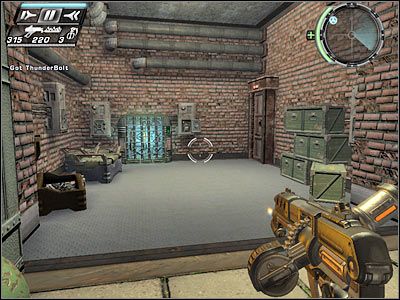 Keep heading forward. I guess you won't be surprised by the fact that you'll have to kill several soldiers along the way. Try aiming for the gas canisters (screen) in order to get rid of them quickly. Head on to a designated area of the map. There's a single enemy unit to your left. Kill this soldier and approach the elevator. You will also have to take out a sniper. 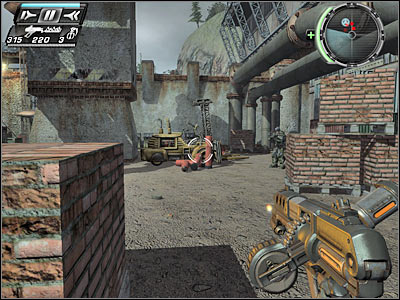 Make sure that the surrounding area has been secured. Enter a small elevator and pull the lever. You'll end up standing near a higher platform. As you've probably noticed, there are two levers here. Approach the right lever (screen). Pull it and activate a time stop function. Head on towards the left lever. You must pull it as well. As a result, you will open the main gate. Save your game! 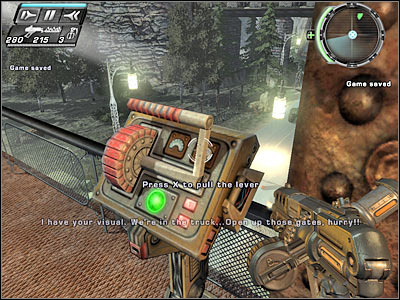 You should receive a warning that an enemy gunship is heading your way.

Check the surrounding area. It's very important, because you'll be able to find a rocket launcher here (screen). Pick it up. Once this is done, exit this small room and start firing at the helicopter. You should be firing four missiles at a time. Make sure that you're using slow-motion in order to increase your chances of hitting the gunship. Start moving towards a previously used elevator. 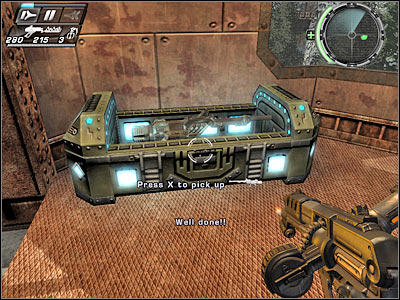 You will have to attack the helicopter for the second time, however make sure that you have at least four more missiles. Use the elevator quickly, because the gunship will return here very soon. Start running forward (you should be using slow-motion). There are some objects in front of you (screen). Use them to jump over the fence. This will also allow you to rejoin with allied soldiers. 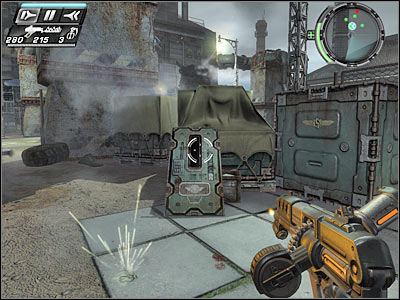 Start off by heading towards a destroyed vehicle (screen). This is going to be an excellent cover. Fire four missiles at the gunship in order to force it to leave this area for a few seconds. This should allow you to get to the ammo crate. I'm sure that you won't have any problems figuring out the rest. Keep attacking the gunship until it crashes. Once this is done, you must wait for the game to grant you with a new task. 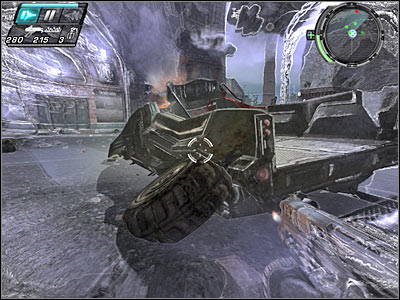 You are probably going to be attacked by a small group of enemy soldiers. You won't have to kill them on your own, because your allies should be able to deal with this small problem. Go back to the lower area (screen) and enter a room to your right. You weren't able to do this before, but now's your chance. Turn left and pick up explosives. 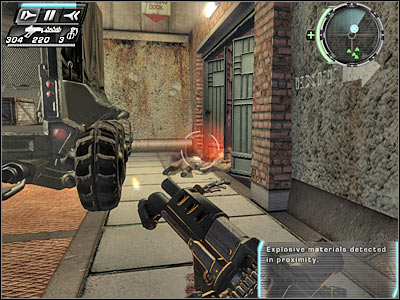 Once you've acquired explosive materials, you may go back up. The gate can be found to your left (screen). Place the charge and activate a time stop function in order to avoid being killed. Wait for the allied soldiers to enter this new area. Follow them. Once you've reached a new room, this mission will come to an end. 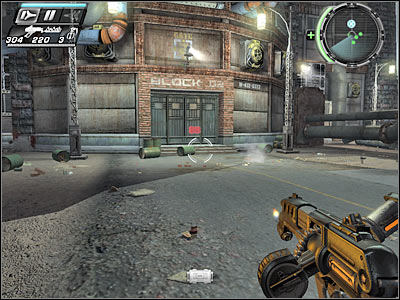