You won't have to inspect the room to your left, because you wouldn't find anything of interest there. Instead, turn right. Be careful, though. Enemy soldiers will leave the left room (screen) and you must kill them before they start firing at you. Enter this room and kill a third opponent. After that, approach the control panel and press a button. 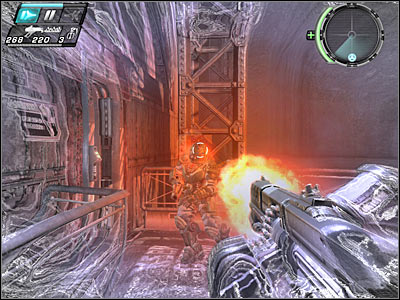 Pressing the button will allow you to lower one of the ladders. You won't find it here. Instead, leave this room and turn right (screen). I'd strongly recommend that you save your current progress before using the ladder. 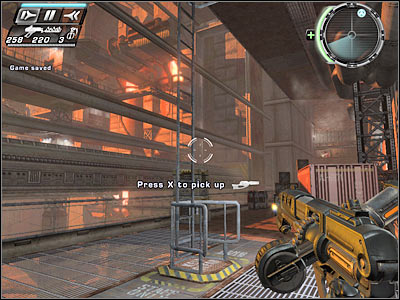 This ladder will allow you to get to an upper platform. You are going to be attacked from two different sides there, so you must act quickly. Kill a single opponent. He'll appear to your left (screen). Enter this small room. Hide here and inspect a weapon crate while you're at it. The most important thing is that you'll be allowed to plan your next moves from here. 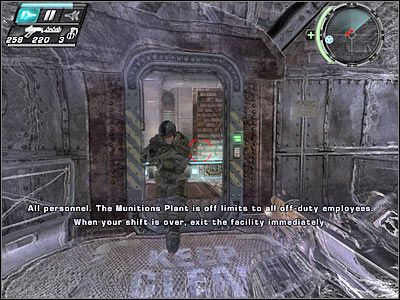 Make sure that you're facing the only exit. Use your compass in order to find out if someone's heading your way. You are going to be attacked by several soldiers here. It should be fairly easy to kill them. Once they're gone, leave this room and go to your right. Keep heading forward. Save your progress along the way. 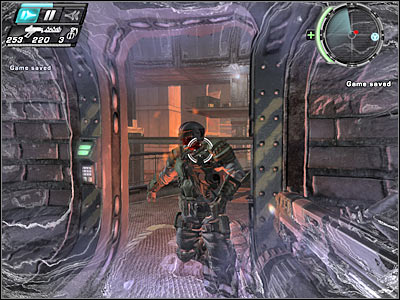 Now you will have to enter a second room. Check the screen, because that's how the entrance should look like. You'll find an ammo crate. Obviously you should use it to rearm your main character. Leave this room. There's a sniper to your left, so you must be careful. Kill him quickly and proceed to the next section. 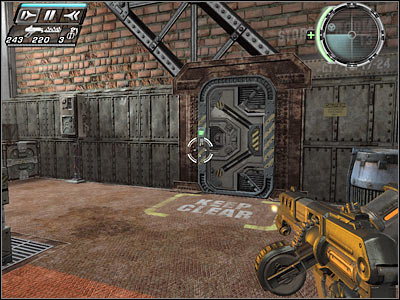 You should be getting closer to a small balcony. Be careful, because a large explosion will take place in this area. You'll also notice one of the enemy soldiers in a distance. Kill him and go back for the ammunition. Now you may get closer to the balcony, however you should save your game just to make sure that you can return here if you make some kind of a mistake. 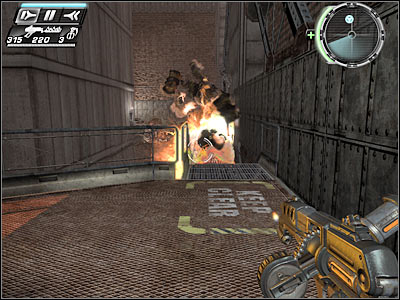 As you've probably noticed, you'll have to deal with several flame traps. You've encountered similar threats before, so you should know exactly what is to be done here. Activate a time stop feature twice. It's important that you don't try going all the way with only one fully loaded power bar. You can inspect a room to your left, but you would only find a weapon there. 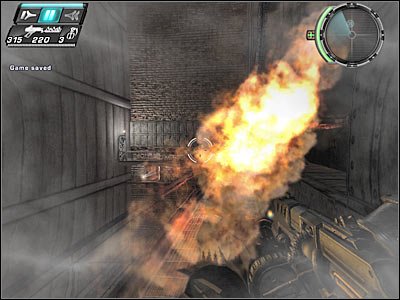 I guess you may have some problems figuring out where to go next. Look at the screen, because that's where you'll have to leave this balcony. Once this is done, turn right and enter a small ventilation shaft. You will have to jump down in order to proceed. Wait for the game to begin loading a new map. 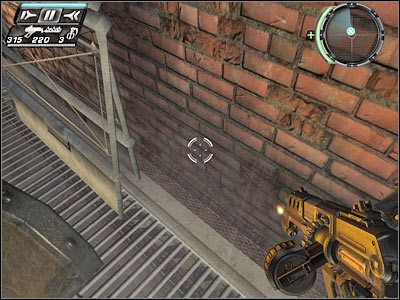