Keep heading towards your current destination. I'd strongly recommend using a compass here, so you won't miss anything important along the way. For instance, there's an ammo crate in this area (screen). Make sure that you have used it. Also, don't forget to save your game each time you manage to defeat a larger group of enemy soldiers. 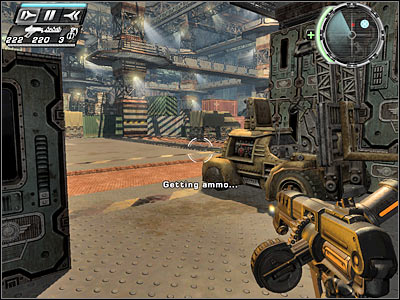 You will also come across a second ammunition crate very soon (screen). I'd strongly recommend going back to it later on during the course of this mission, especially if you've used up a lot of ammo for your primary weapon. Start moving towards the tanks. They're to your left. 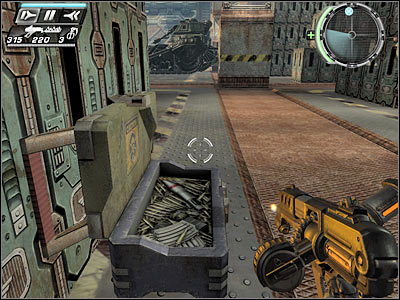 You will probably notice a lot of barrels and other inflammable objects in this area. I'd strongly recommend that you use them to your advantage. Keep moving towards the tanks. Be careful, though. One of the soldiers will be hiding inside a locker (screen). Kill him. The moment you'll see more red dots on your map, move back to the ammo stockpile and wait for these soldiers to get here. Sadly, some of them will decide to stay near the tanks, so you'll deal with them later on. 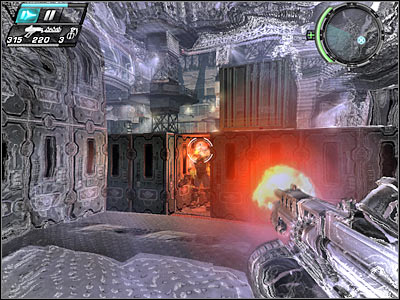 Keep using a slow-motion feature in order to take out all enemy soldiers. Just as before, you shouldn't even think about attacking larger groups, because you wouldn't have enough time to kill them before your suit loses all of its power. Instead, try killing them one at a time. Go back to the tanks. You'll have to use your crossbows here in order to take out several standard soldiers. Most of them are using upper balconies (screen). Thankfully, you'll see them on your compass. 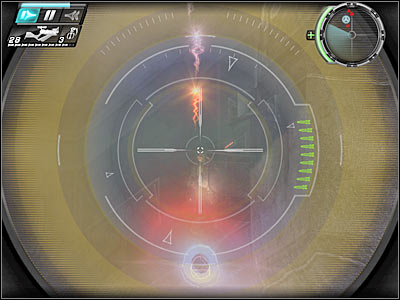 Deal with all remaining enemy units. Now you've got two choices. You could try and secure this entire warehouse by exploring others areas of the map, however you should know that it's not necessary. As a result, you should consider proceeding to a ladder right away (screen). It will allow you to reach one of the upper balconies. 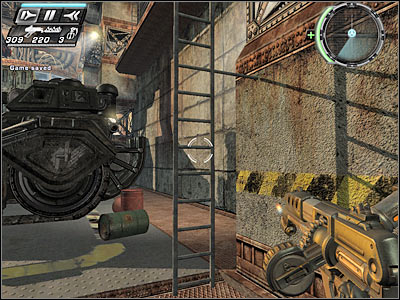 Once you've reached this new platform, proceed to a second ladder right away. This time you'll want to reach a lower platform. Once you're there, turn right and get closer to the crates. Turn around IMMEDIATELY and kill the last group. These soldiers tried to surprise you. Thankfully, killing them is going to be very simple. You won't have to check the room they were hiding in. 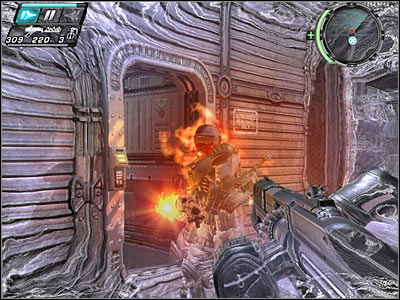 Make sure that the area is clear. Turn around, so you'll be facing the crates. Use them to get closer to a small tunnel. This is a new ventilation shaft. Obviously you must enter it. You'll also climb down after a short walk. Wait for the game to begin loading a new mission. 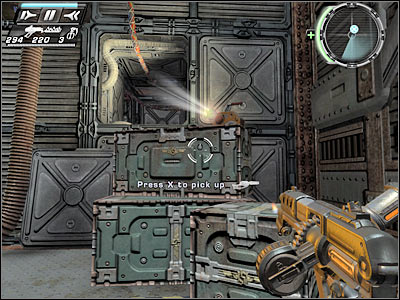