You may start moving towards your new target. You will come across several pipes along the way, however you shouldn't have any problems going past these objects. There are a few groups of enemy soldiers in this area. Use one of your powerful weapons to get rid of them quickly. You won't have to worry about running out of ammo. Look at the screen, because that's where you'll come across the first group. 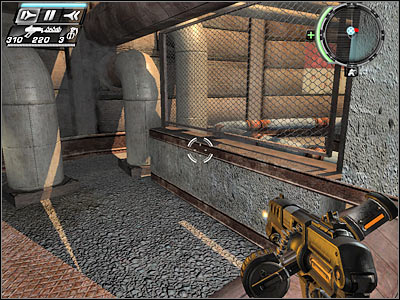 Keep heading forward. Remember that you don't have to be in a lot of hurry. Find a moving platform (screen). Make sure that you're standing on it. Start moving forward and activate a time stop feature. This will allow you to perform a successful jump towards an upper platform. Kill some new soldiers. You should also be on a look out for barrels and gas canisters. 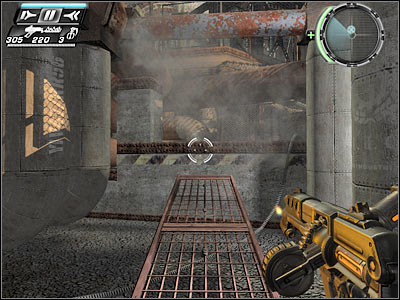 You will have to reach a new control panel which is located near the stairs (screen). It would be wise to save your current progress here. Approach the console and press a single button. This will allow you to activate a nearby mechanism. 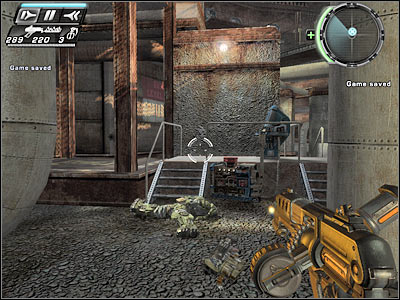 Your objective here will be to stop the flow of time. You can't do this right away. You will have to wait for a correct moment. Look at the screen. It's the only possibility of getting through this trap. Once you've gone past it, head on to the room with the main turbine. You will have to solve a new riddle here, so make sure that you have saved your game. 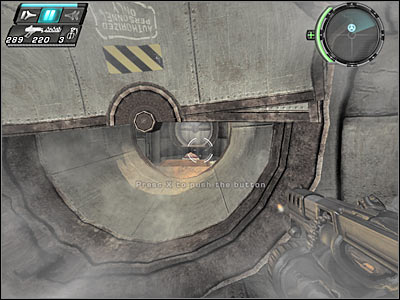 Make sure that you're standing on a small platform, close to the main turbine. Sadly, you won't be able to use the wings of the large fan. As you've probably noticed, the air is being sucked into the turbine. As a result, you will have to reverse this process by using one of the powers of your suit. This will allow you to move upwards (screen). If nothing has happened, try performing a single jump while standing on the lower balcony. This should allow you to leave the balcony. Don't move while you're still in the air. 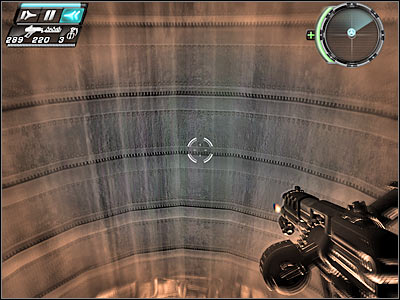 Now you will have to be extremely careful, because you are getting closer to the roof. You should be able to notice a new round platform here. Press and hold one of the movement keys. This should allow you to land here, without falling down. Save your game the second you've touched the platform. 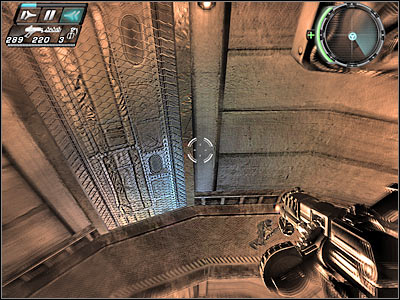 Your final task here will be to get rid of all nearby soldiers. I'd strongly recommend using a good weapon here, especially since you can't use any of your powers, because you've weakened your suit while trying to get here. There are four soldiers and you must kill them all before moving on. 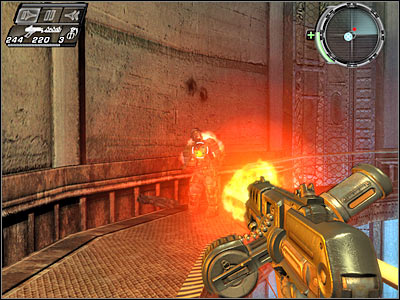 You could also try and move to a nearby door right away, however this would be very risky, mostly because it's very hard to land precisely near the door. Either way, you must enter this new corridor. Get ready for your next mission. 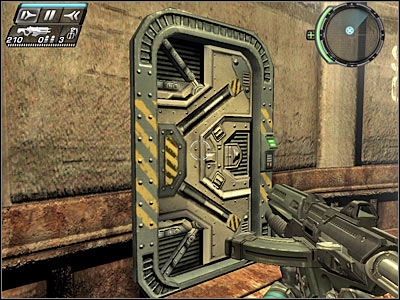