Once you've entered the campsite, look for two crates. One of these objects will contain a new weapon and the other one will allow you to collect much needed supplies. There's an armored vehicle heading your way. It'll appear to your left. The easiest way to solve this problem would be to use a rocket launcher. If you don't have this weapon in your inventory, you would have to use a grenade launcher instead. I wouldn't recommend waiting for soldiers to leave the vehicle. 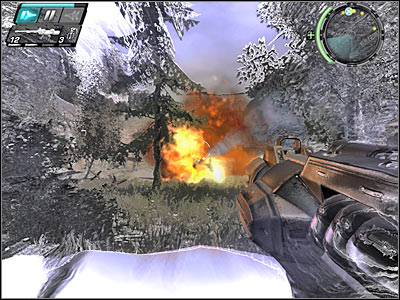 Make sure that you've got all the ammo you can carry. Head on towards the left road (that's where the vehicle appeared in the first place). You will find an atv here. Use it and start heading forward. You will come across a new group of enemy soldiers in a few moments. Get rid of them quickly, mostly because they're equipped with powerful weapons. Go back to your quad and keep moving towards your current goal area. You should also save your progress here. 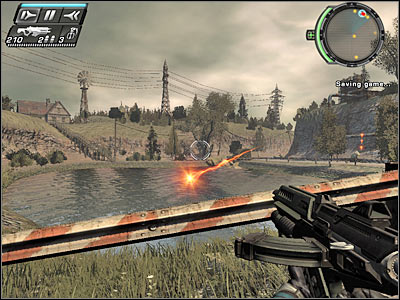 You will come across a new truck along the way. It contains a crate with a rocket launcher. Ignore it if you already have this weapon. You will also notice a few other things, including a destroyed bridge. A large robot will appear in the background, however you won't have an opportunity to fight it. Once you've reached a new junction (screen), you will have to turn left. 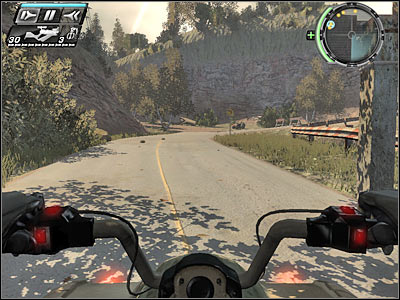 Speed up a little, because you'll have to perform a jump here. I wouldn't recommend using nitro. Once you went over the gap, try hitting some of the nearby soldiers (screen). There are three of them. If you crash your atv, activate a time stop function in order to get rid of them on your own. Either way, they should die as soon as possible. 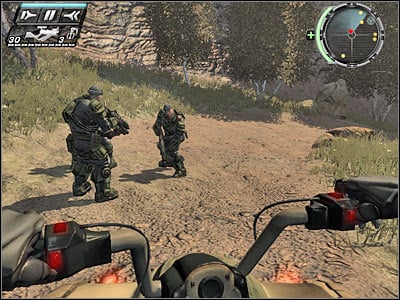 You should be getting closer to a completely new mine field (screen). I guess you already know what has to be done here. Make sure that you're moving fast enough. Activate a time stop feature at the last second. You can also use nitro in order to avoid these traps. You will come across a new group of enemy soldiers very soon. Leave your atv and attack them. 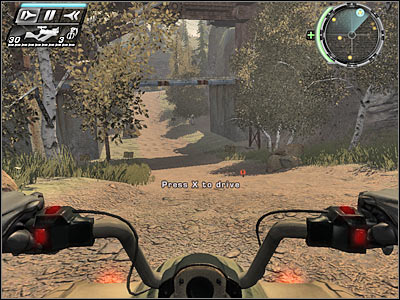 You will also have to take out a new enemy sniper. He's currently occupying a nearby bridge (screen). I'd strongly recommend using one of your powers here. Otherwise he may decide to dodge your projectiles. Once he's gone, collect the ammunition and go back to your atv. You will eventually have to reach a closed gate. 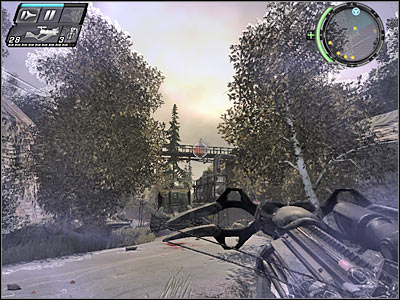 You can't destroy the gate on your own. Instead, climb on top of a nearby truck. This will allow you to jump over the fence. You could proceed to your target area right away, however it would be more fun to turn around and destroy one of the explosive objects. As a result, you won't have to worry about the fence anymore. Go back to your atv. 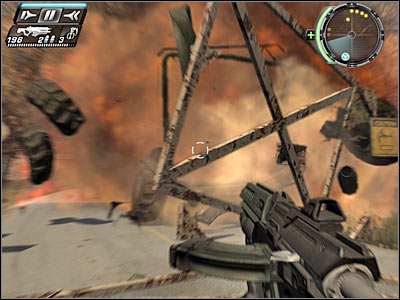 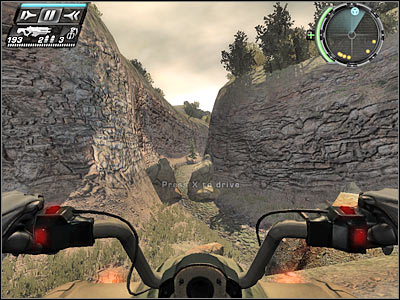