Once you've acquired the explosives, you may go back to the previous junction. Just as before, you won't have to worry about encountering any hostile units. Head on to a glowing area. Place a charge here. Activate a time stop function and move back to a safe distance, so you won't get hurt as a result of this explosion. Head on to this new tunnel. 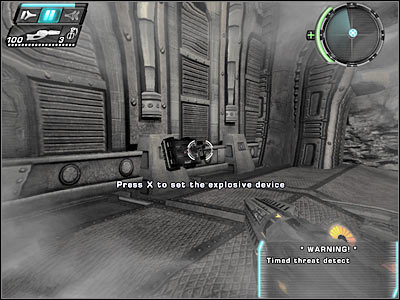 You will come across a destroyed section of the tunnel. Proceed to the lower level right away. Turn left and head on to a smaller tunnel. You will come across a well know trap. As you've probably suspected, you will have to stop the flow of time here. Perform this action twice, because you'll have to make a stop once you've reached a small area near the water. Proceed to the next section. 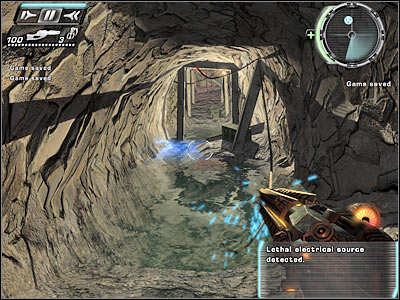 Your next object of interest is the ladder. Obviously you will have to use it. As you've probably noticed by now, you're moving closer to a prison complex. There's a whole in the wall. Use it to enter this new area. You will be given a new task here.

I'd strongly recommend to remain quiet here. Keep a crouching stance in order to avoid being seen. Go to your left. There are some enemy soldiers beneath you, but don't attack them right away. Instead, keep moving forward. 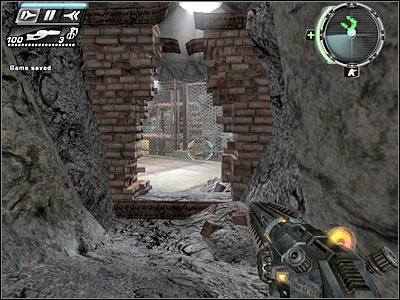 You will have to reach a hole in the fence (screen). Stop your character there and choose a crossbow (or a sniper rifle) from your inventory. You shouldn't have any problems killing all enemy soldiers. Only a few of them will be hiding beneath you. Lean out carefully and use your newly acquired weapon (E.M.F. Cannon) to get rid of them. 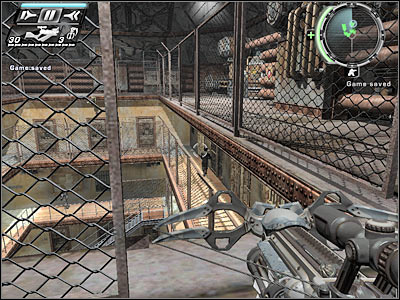 Some of the enemy soldiers will also appear near the stairs, so you will have to turn left (screen). Try surprising them before they manage to reach the upper level of the prison. It's important, because they're very vulnerable to your attacks while trying to use the stairs. Make sure that you've killed all of them. Jump down to a new platform and check bodies of fallen enemies. 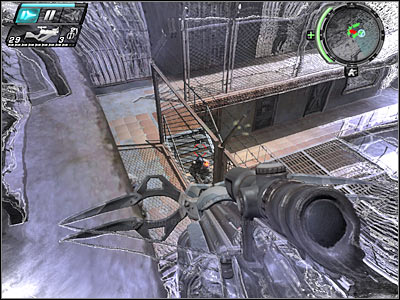 You will have to head on a lower level of the prison complex, so make sure you've used the stairs. Look at the screen, because that's where you'll have to right now. Open the door and enter this small security checkpoint. There's a lever here and you must pull it. This will allow you to open all cells. Familiarize yourself with a new task. 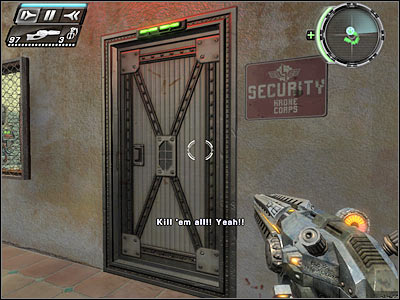 You may exit this room, because you won't find anything of interest here. Turn right (twice). There's a new corridor here. You weren't able to use it before, but now's your chance. There's only one passageway here, so you can't really get lost. You won't encounter any enemy soldiers along the way. Head on to the train station. 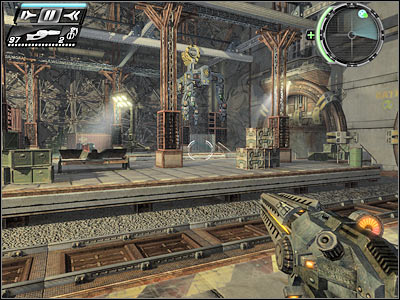 Turn right. You should be able to find a new tunnel here (screen). Choose it by moving forward. You'll probably notice an atv to your right (screen). Approach it and use this vehicle. It will allow you to move on with the next mission of the game. 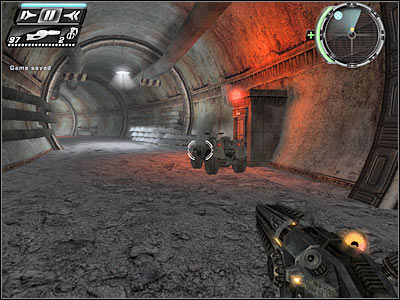