You will have to wait for the fan to move you closer to a new platform. Look at my screen, because that's where you'll have to land. Obviously you must perform a second jump here. It must be precise. Otherwise you would have lost your life. Ignore the voices and start moving upwards. Save your game while you're there. 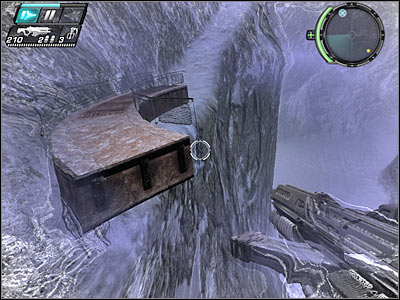 You will come across enemy units in just a few seconds. Thankfully, it's going to be a small group, so you won't even have to use your powers to kill these guys. Once they're gone, approach the ammo crate and resupply. You should also go back here later during the course of this mission. Start moving towards the train tracks. You should familiarize yourself with a new task.

New mission objective: Clear the obstruction on the train tracks 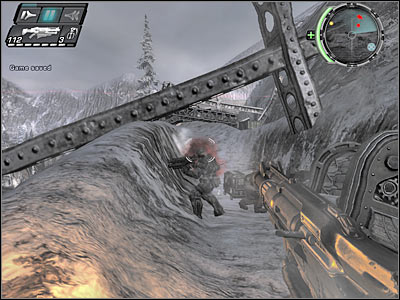 Your first task here will be to get rid of an enemy sniper. Look at the screen in order to find out where he is. Once he's gone, you'll have to deal with remaining enemy troops. Most of these soldiers are heavily equipped and so they have to die as soon as possible. Remember that you can always go back to the ammo crate, because no one will surprise you there. 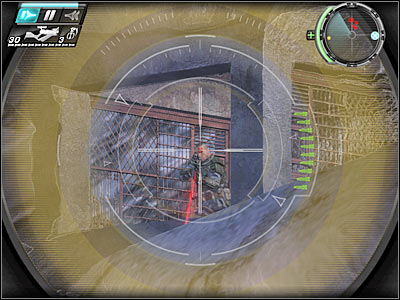 You should also consider using grenades and a rocket launcher to your advantage (screen). These objects will help you out a lot, especially since most of the enemy soldiers will be hiding. You will have to secure this entire area. It's going to take a while, but you have no other choice. You should also be on a look out, because one of the enemy soldiers may try to advance to your position. Kill him swiftly, before he starts firing at your main character. 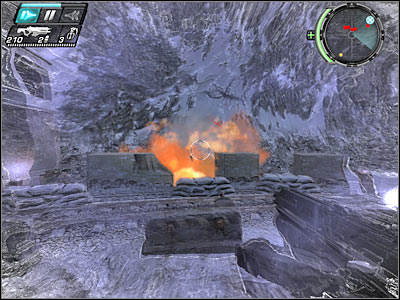 Make sure that you have secured this entire area. Turn right and start moving towards a large tunnel. You will be able to find a train here. Board it and use the lever, so it'll start moving. You should consider leaving the train right away, because it's packed with explosives. There's going to be a huge explosion in this area. This will allow you to destroy a barricade. 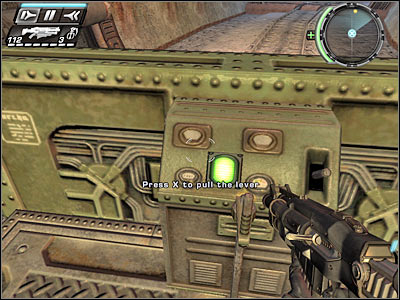 Move towards the train. You won't have to worry about damaged objects, because they won't stop you from reaching your final goal area. Board the train and use the lever once again. You'll enter a new tunnel and the mission will end here. 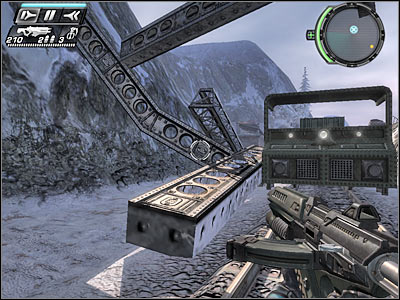