There's an open gate to your right. You will have to go there, because it's the only passageway leading to the third AA gun. Be careful, though. You are going to be attacked by a large group of enemy soldiers. I'd strongly recommend using a shotgun here, especially since they'll appear right in front of you. Once they're gone, head on to your left. Save your current game here and reload your weapon. 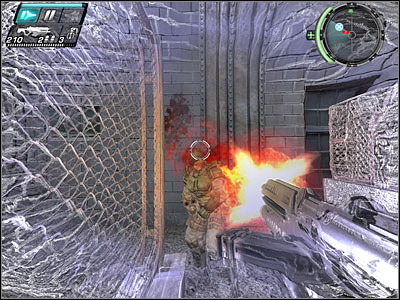 As you've probably suspected, you will have to deal with more enemy units. You should be extremely careful here, because you won't have too many objects to use for cover. Make sure that you've activated the slow-motion feature. You will have to secure this entire area. Just as before, you must use a shotgun to kill your opponents. 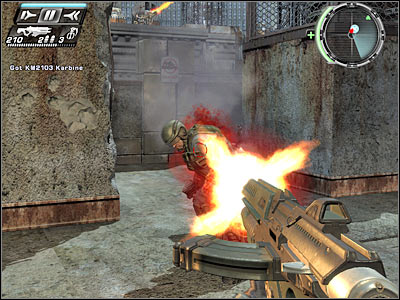 Make sure that the area is safe. You shouldn't have any problems finding the third sniping area. It can be found to your left. Use the zoom option and find the gas canisters (screen). Destroy one of these objects. A chain reaction not only will destroy the AA gun, but a part of the roof as well. Now you should consider moving back a little, because enemy soldiers are heading your way. 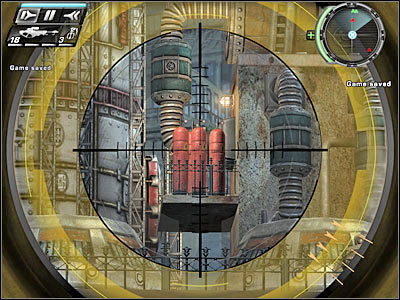 Enemy soldiers will appear to your right, so make sure that you're ready to defend yourself against their attacks. You could also try and surprise them (screen) with a little help from a time stop option. Make sure that you're using a shotgun, so you'll be able to kill them quickly. Head on to your final goal area. 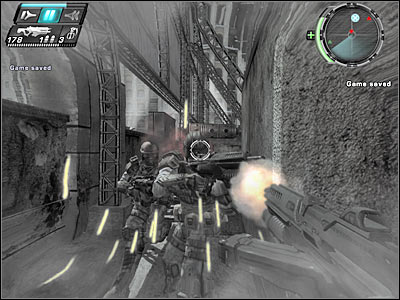 A new group of enemy units is currently standing to your right (screen). It would be a good idea to lean out for a short while and wait for them to get here. Once they've arrived, activate one of your powers and kill them. As for the rest of them, consider using a sniper rifle to kill them from a larger distance. 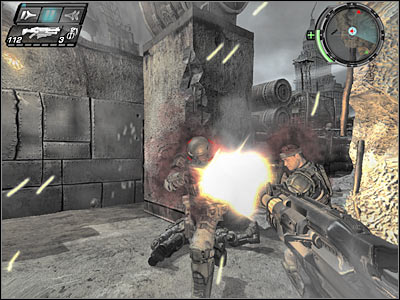 Keep moving towards your current target. You will have to defeat one more group along the way. It would be a good idea to use the grenades to kill them. You can also make this easier by going into slow-motion (screen). Either way, you will have to secure this passageway. Keep moving straight. 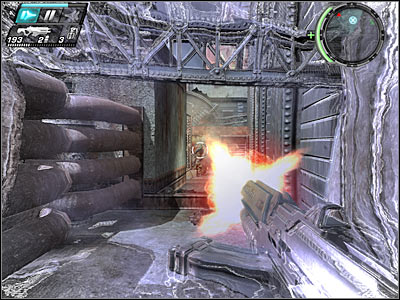 You will have to deal with a small trap in just a few seconds. You've dealt with a similar threat before, so you should know what has to be done here. Approach the flames and use a time stop function to get past them. Proceed to the next section. 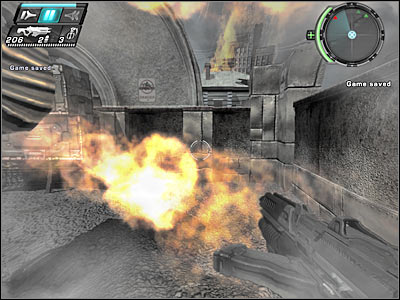