You may proceed to the next section. Once again, you will have to slow down the flow of time in order to succeed. Try finding a new staircase. It's very important, because you'll have to proceed to the higher floor. Once you're about a half way through, make a stop and let your suit to regain power. Keep moving towards your current destination. You should make a second stop nearby. This time you will have to choose a concrete wall (screen). 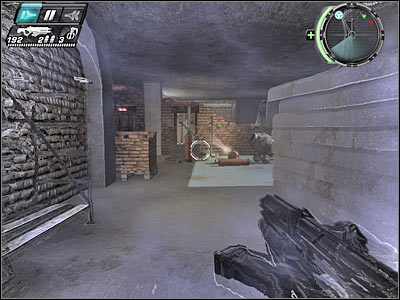 The final part of this task is going to be very simple. Activate the slow-motion feature. Start running forward and then turn left. You will have to find a large hole in the ground (screen). Use it to get to the lower level. This will allow you to escape the Sentry, so you won't have to focus on avoiding its attacks anymore. You're perfectly safe inside this new room. 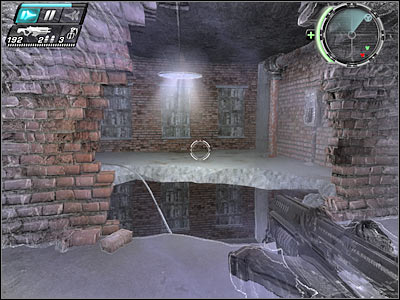 You should receive a new radio transmission shortly. Once this is done, head on to the wooden boards and proceed to the lower floor. You should be able to find a small group of allied soldiers. Talk to the guy on your left. Once you've listened to what he had to say, follow your new colleagues. You should also create a new savegame here. The game will grant with a new mission objective. 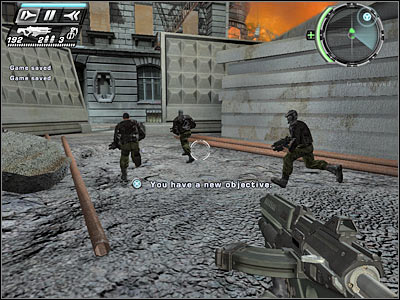 Your allies will automatically take their positions, so you won't have to worry about them. Try moving closer to your current objective. Obviously you should be hiding behind something. Sandbags seem like a good idea. Make sure that you're crouching here, so you'll be able to surprise some of the enemy soldiers. Activate the slow-motion feature and start shooting at them. 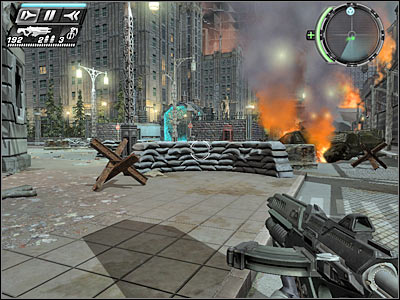 I guess you won't be surprised by the fact that reinforcements will show up here very soon. I'd strongly recommend shooting at the explosive barrels, but make sure that someone is standing close to these objects. You will have to eliminate all enemy soldiers. Don't waste a lot of time here, because more enemy units will arrive in this area in just a few seconds. 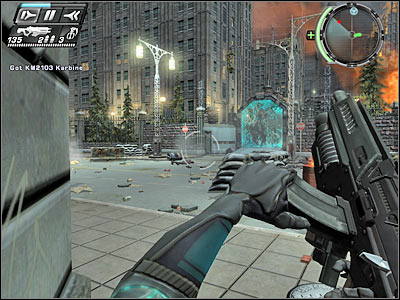 An armored truck will arrive near the force field. You don't have to destroy the vehicle, especially since you probably don't have a lot of grenades at your disposal. Instead, take out the gunner. Once he's dead, focus your attention on other soldiers. Don't allow them to occupy the heavy machine gun post. Your allies should arrive here in the meantime. 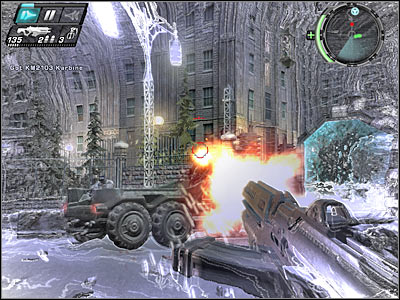 I would recommend moving towards the armored truck. You could consider using a heavy machine gun post, however it won't be necessary, especially since your allies will take care of the remaining enemy units. You will have to enter a small building here which is located to the left of the active force field (screen). There's a protected gun rack here. Press the button in order to be able to acquire new weapons. 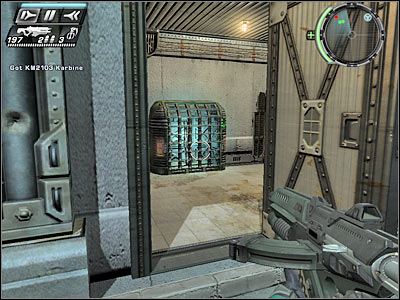