You will have to use a small ledge which is located near the exit. This will allow you to get closer to two large tents (screen). Hide here, but you should also check your compass for enemy soldiers. Some of them will be standing here and it would be wise to kill them right now. Just make sure that you don't expose yourself too much to enemy fire. 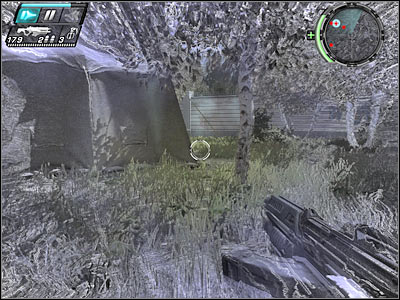 Your main problem here is going to be a large cannon which can be found inside the camp. Obviously you will have to kill the gunners before leaving this area. The easiest way to do that would be to use a grenade launcher (screen). You could also try and take them out from a large distance. Also, make sure that no one replaces them. Save your game here. 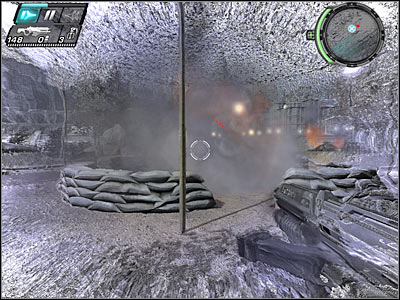 You can use the cannon to your advantage, however you will only stay here for a few seconds. Turn the cannon, so you'll be facing a large gate (screen). Start shooting at the enemy soldiers. A tank will arrive here very shortly. Sadly, this means you will have to leave the cannon. You could try and destroy the tank with the reverse time feature, but it would only be a waste of your precious time. 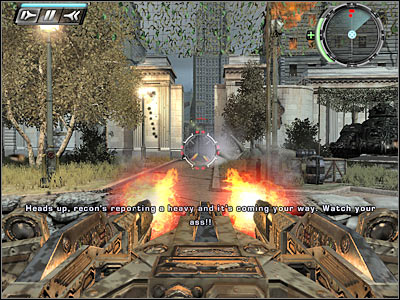 Once you've left the cannon, start running to the right, so you won't be attack by the tank. You will have to start moving towards the gate. Make a stop once you're close enough to it (screen). Save your game before you decide to proceed any further! 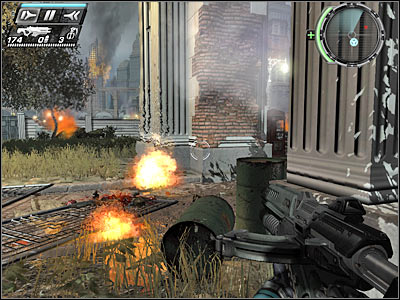 I'd strongly recommend that you use the slow-motion feature here. Start running towards the tank. You'll probably have to dodge a single projectile along the way, but it should be fairly easy. Now you will have to locate an entrance leading to the subway area (screen). Use the stairs. Once you're in a safe zone, save your game. The tank won't be able to attack you here. 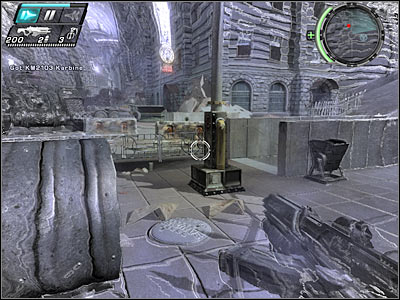 There's a first group of enemy soldiers just around the corner (screen). I'm sure that you won't have any major problems killing them, as long as you're using your powers. You can also go back to the stairs area if you have suffered any injuries. Once they're gone, collect ammunition from them. 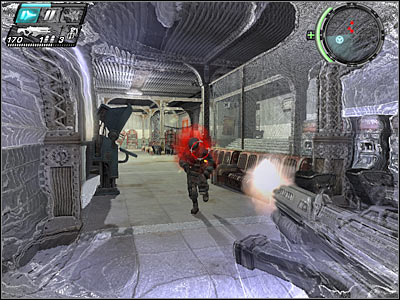 Obviously you will have to kill all enemy soldiers before proceeding any further. There's also a security panel here, but you won't have to use it. Once you're ready, head on to one of the nearby corridors (screen). It's going to be located to your left. Find a second staircase and use it. You should save your game here. Also, make sure that you have plenty of ammunition at your disposal. 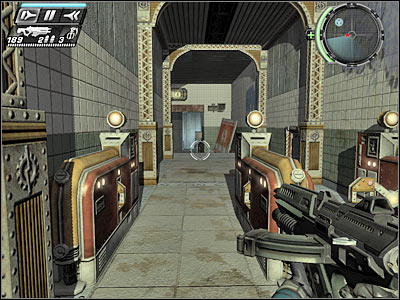 There are FOUR enemy soldiers just around the corner. Two of them are standing closer to your current position, so you shouldn't have any problems killing them (screen). As for the remaining ones, you should consider using a time stop function, as well as a zoom feature. Once they're dead, enter this subway station. 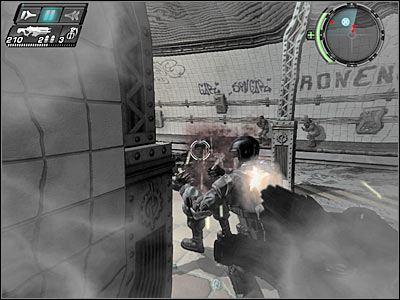 As you've probably noticed, there are some electrical discharges here, but it's not a problem. Your task here will be to activate time stop function. This will allow you to run on water. You won't have to secure the closer platform. Instead, proceed directly to the second one (screen). This is where the mission will come to an end. 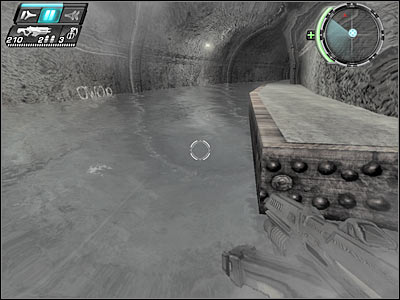