As you've probably suspected, the Sentinel will focus most of its attention on your character. This means you will have to avoid a lot of missiles which are heading your way. Once these objects are close to you, activate slow-motion and start running forward. If you're lucky, you should sustain any major injuries. Don't worry if you run out of power for your suit, because the Sentinel won't attack for at least a few seconds. This will also allow you to pick up a new Surge Gun in order to prepare for a second attack. 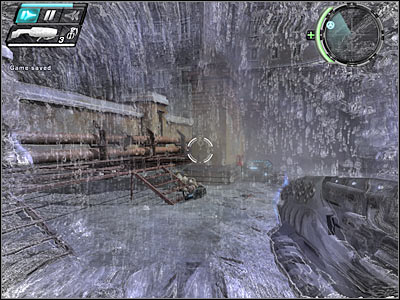 You won't have to do anything out of the ordinary from now on. Your objective will be to take out two remaining turrets. Once you've destroyed each of these objects, you will have to avoid being hit by one of the missiles. 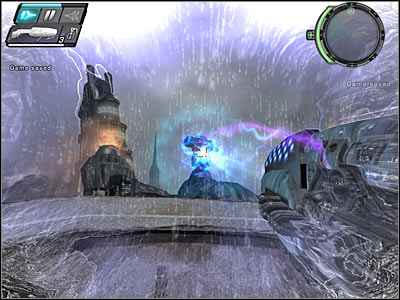 Disabling all three turrets and avoiding the missiles will allow you to go to a new area of the map. There's going to be an explosion there which will allow you to get to the lower floor. You will have to repeat this action twice. Thankfully, you won't encounter any enemy units here. Nevertheless, you should consider saving your game. 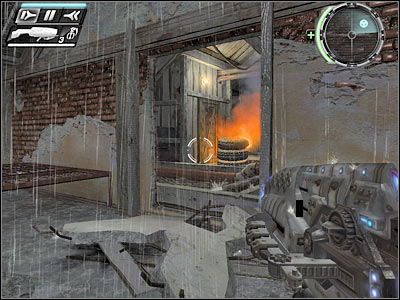 Now you will have to move on towards a small window (screen). Here's where it will all end. I assume that you still have a Surge Gun with you, so don't pick up a similar weapon which can be found near the window. Climb on top of a small crate. Some of the allied soldiers are fighting here, however you don't have to assist them. Wait for the game to display a new objective. 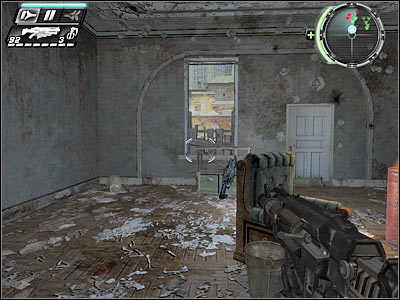 The Sentinel will approach this battlefield from your left. I wouldn't recommend leaving this area. You should be standing inside the building, near an opened window. Ignore your allies, because you won't receive any penalties for not helping them. Wait for the Sentinel to get here. You will have to aim for its power source. I'm sure that you won't have any problems finding it (screen). I would also recommend activating a slow-motion feature and zooming in the view. 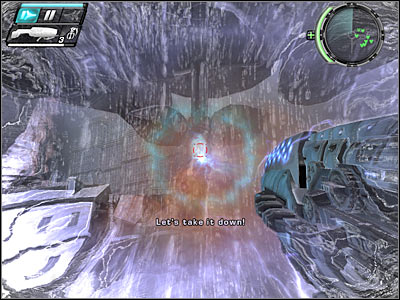 Once you've drained your Surge Gun, you will have to choose between turning left and picking up a second weapon or heading out to the balcony and finding an ammo crate. Either way, you must keep firing at the glowing object. This will allow you to destroy the Sentinel. You will be rewarded with a huge explosion. 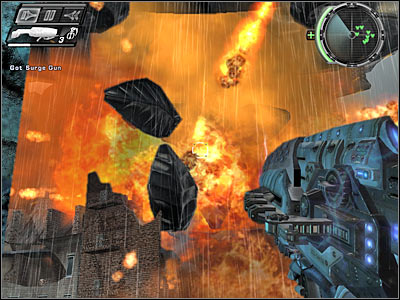 Congratulations! You've just finished the game. Sit back and enjoy the ending. :-) I would also recommend taking a look at some of the unlocked materials. You can access them from the main menu of the game. 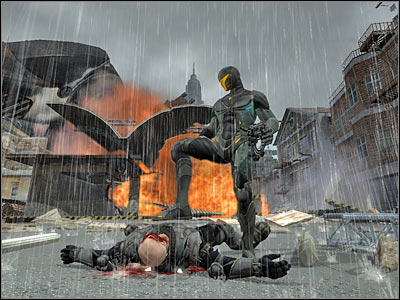