You start the game near your colleagues. Wait for the game to display your first objective.

Get on board the train and pull a lever, so it starts moving. You won't have to leave it. Instead, you will come across enemy soldiers along the way. The first group should appear to your right (screen). It would be best to take them out from a moving train, because eventually you'll have to secure this entire area. 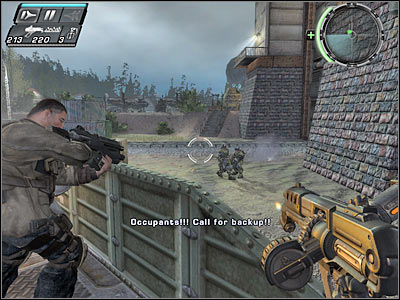 More enemy soldiers will appear near a large gate. I'd strongly recommend that you start shooting at them right now. The train is going to stop in just a few seconds. Wait for the game to display a second objective for you. Once you've regained full control over your main character, press a crouch button. I wouldn't recommend leaving the train. Save your game here. 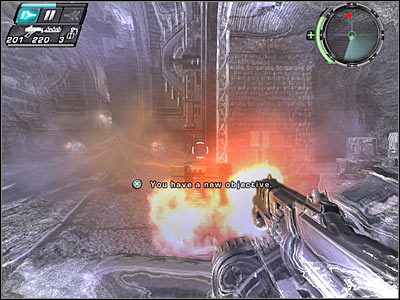 Like I've already said, you should consider staying inside the train. You should be able to kill most of the enemy soldiers from here. Additionally, you won't have to risk your life each time you attack them, because you'll be allowed to hide inside the train. This battle will require you to kill at least 20 soldiers, so you'll stay here at least for a few minutes. Focus most of your efforts on killing soldiers equipped with energy shields. You should also know that some of the soldiers may try approaching your position. Don't let them surprise you! 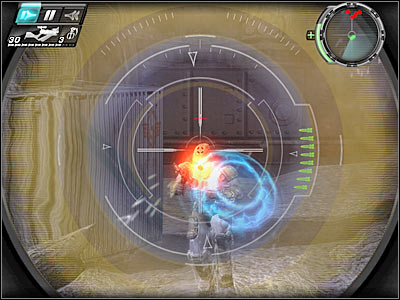 Sooner or later you're going to have to start eliminating enemy snipers. Obviously you won't find them on the ground. They will be occupying some of the nearby balconies. Once they're gone, enemies equipped with jetpacks will appear in this area. Use your slow-motion powers to get rid of them without risking too much. You will have to kill all enemy soldiers before you'll be rewarded with a new objective. Don't forget to save your game! 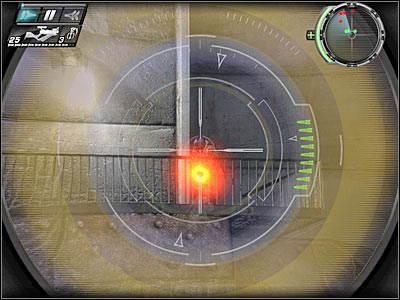 Leave the train and go to your right. You should be able to find an ammo crate. You could also use it much earlier, however it shouldn't be necessary. Either way, make sure that you've collected the ammunition. Start moving towards a large gate. Be careful, though. This area may still be guarded by a few soldiers. 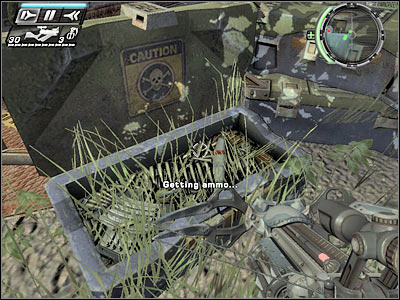 Once you're close enough to the gate, you will have to turn left. Use the stairs (screen) and head on to a small door (the one with the green lamp). Enter this large structure and use the stairs to get down to the lower level. You will encounter several guards here. Kill them and open a locker in order to collect new weapons. Proceed to the next section. 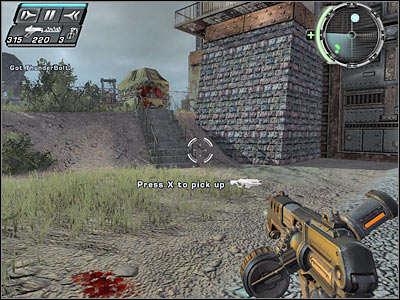 You will come across a new group of enemy soldiers near the exit. Make sure that you've killed them. It shouldn't be too difficult, especially if you're using slow-motion while fighting them. Start moving forward. You won't have to inspect a nearby crate. Instead, head on to a new door. Turn left and use the stairs. 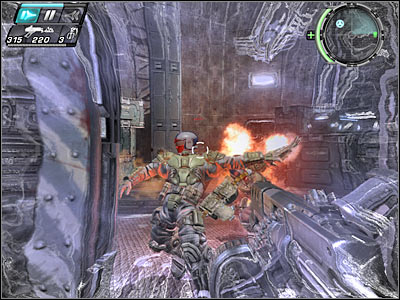