Obviously you'll start the game inside the ventilation shaft. You won't have to read your first task, because it'll expire very soon. Instead, familiarize yourself with the second objective.

New mission objective: Find a way to the upper levels of the Munitions Plant

Start moving forward. Leave this small tunnel and get closer to a moving fan. As you've probably suspected, you will have to stop the flow of time here in order to be able to proceed. Jump down and turn right. You will have to kill one of the enemy soldiers. 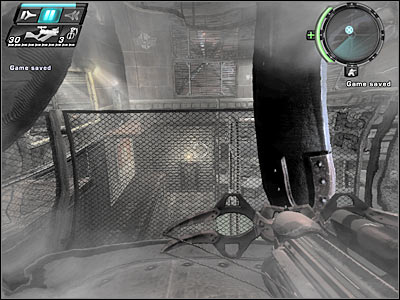 All of the remaining soldier are patrolling the warehouse that's located beneath you. It would be a good idea to get rid of at least a few of them from here. You shouldn't encounter any major problems, especially since you'll be allowed to move back. Sadly, you won't be able to kill all soldiers from here. Save the game and head on to your right. 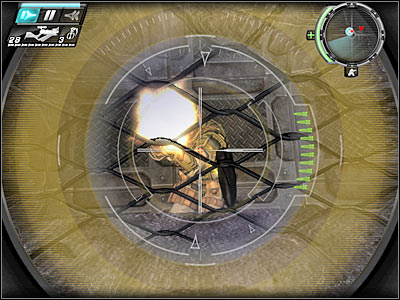 Two other soldiers will be standing to your left. Look at the screen, because that's where you'll have to look for them. You may not notice them at first glance, because they'll probably be hiding. Nevertheless, I can assure they'll be there. Use a crossbow or a sniper rifle to get rid of them easily. Once they're gone, use the ladder to reach the main warehouse area. 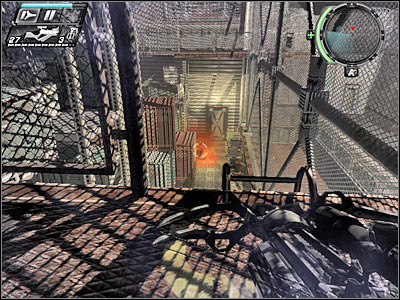 You won't have to act stealthy here, because there aren't any other enemy troops in this warehouse. Your main objective here will be to reach a new ladder. This object will allow you to get to an upper platform. Once you're there, head on to a second ladder (screen). Save your game when you're at the top. 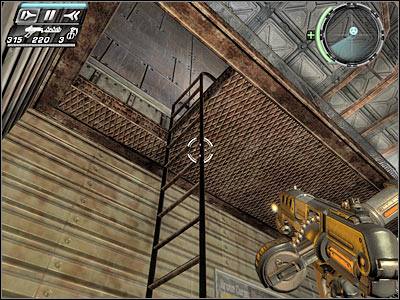 You will have to proceed to a new room which can be found to your left. I guess you won't be surprised by the fact that you have to take out two guards here. Make sure that you've used slow-motion to make this job a lot easier. You can look around the room if you want to. Eventually you'll have to focus your attention on two levers. This is a new puzzle. Before you'll do anything new, consider saving your current game. 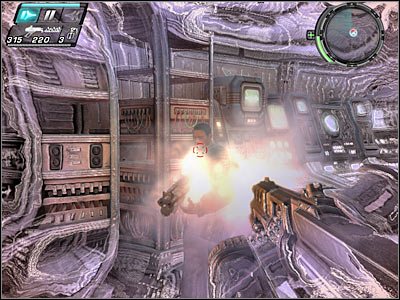 Remember to follow my exact instructions if you don't want to spend too much time here. Approach the right lever (screen) and pull it. Once this is done, move over to the left lever. This must be done quickly. Pull the left lever as well. Now you may go back to the door, because you won't have to do anything else here. 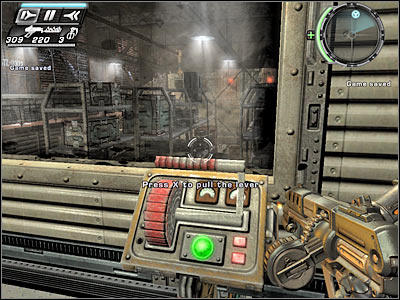 Once you're outside, turn left and make a few steps forward. You'll probably notice that two separate platforms are heading your way. You will have to wait for these objects to stop in front of you. Now you must only use a time stop function. Perform three jumps, so you'll be able to reach an opposite balcony. Turn right and head on to your destination. You will be granted a new objective here. 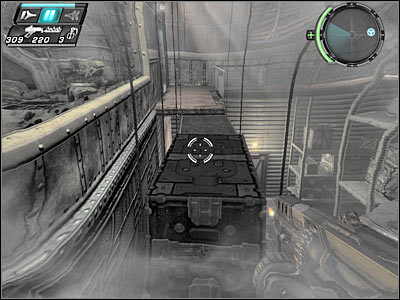