Start off by reading your new objectives.

New mission objective: Find a way to the upper levels of the Munitions Plant

Keep going straight. After that, you will have to enter a room which is located to your left. This room is being guarded by two enemy soldiers, but you shouldn't have any problems surprising them. Additionally, they are equipped with primitive weapons, so they aren't a serious threat. There's a glass wall here, so you may take a look around the warehouse. Despite what you might think, you won't have to secure all this area right away. 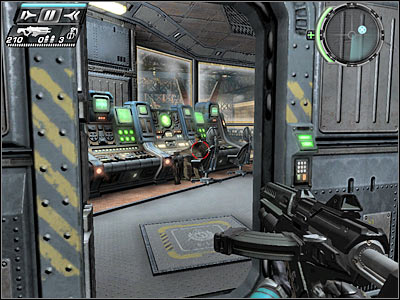 Head on to a nearby door. Be careful, though. You will encounter one of the guards here. Kill him quickly and proceed to the door on your left. This passageway leads to the first balcony. I would recommend that you stay here for a little while longer, because you will be allowed to take out a lot of enemy units from here. Start off by killing a soldier patrolling the left balcony (screen). 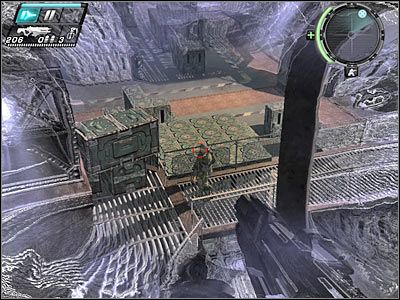 I'd strongly recommend that you use either a crossbow or a sniper rifle during these fights, mostly because there's going to be a large distance separating you from your enemies. You should also know that enemy soldiers will be hiding and some of them will use crossbows. As a result, you should be using a slow-motion feature. Try securing this surrounding area. More enemy soldiers will show up here later, but that's it for now. Save your game before you decide to leave this area. 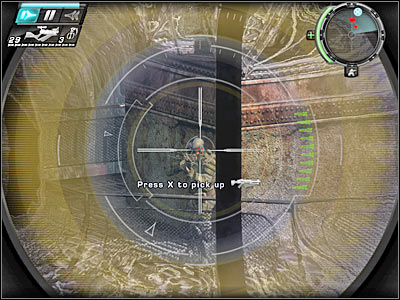 As you've probably noticed, there's a ladder nearby. Use it to get down to the lower platform. Start moving straight. After that, turn right. This will allow you to reach a second ladder. This time you'll be going upwards. Don't worry about getting lost. There's only one passageway leading to your current destination and we're currently using it. 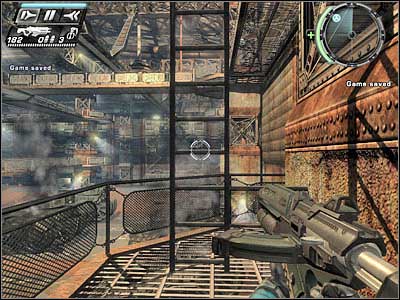 You should be able to find a crate here. Take a peek inside and pick up a crossbow. Hide here, because there are new enemy soldiers heading your way. Kill them. Once they're gone, deal with rest of them (use a crossbow). You may proceed to the next section. 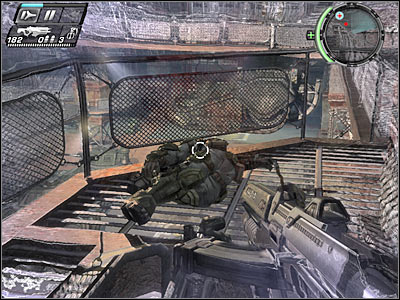 You will probably notice some strange discharges and you will also come across a new type of an opponent. Ignore him for the time being, because you won't have to deal with this new threat here. Keep moving towards a new ladder. Use it to get to the lower balcony. Once again, you will notice a few lighting bolts. Don't worry, because you won't sustain any injuries here. 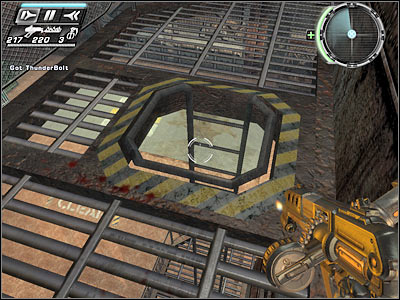 Lean out carefully. There are some enemy soldiers in this area. It would be a good idea to kill them from a larger distance. Once they're gone, start moving forward. You will have to jump over a small obstacle (screen). Make sure that you've collected the ammunition. More enemies will arrive from the right. Hide behind the nearest pillar and wait for them to get here. 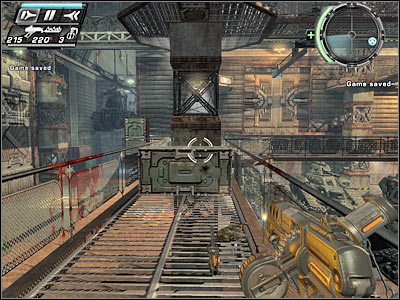