This new mission will begin with a cut-scene. As you've probably noticed, you're standing inside a large zeppelin. You can't move from your original spot, but don't worry about it, because you will only have to listen to the commanding officer. After that, the zeppelin is going to be attacked by enemy forces. Your objective will be to defend it. Read the description of your first task and get ready! 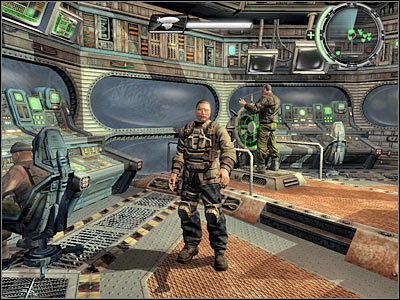 The first phase of this mission will only require you to destroy mines in order to assure a safe route to your next destination. You shouldn't have any problems spotting the mines. It would also be a good idea to use a slow-motion feature from time to time, especially if you have to destroy a larger group of mines. Keep looking around in order to destroy all of these objects, however you should know that the white bar (representing 'health' of the zeppelin) will replenish itself after a short while. You will have to wait for the game to grant you with a new task. 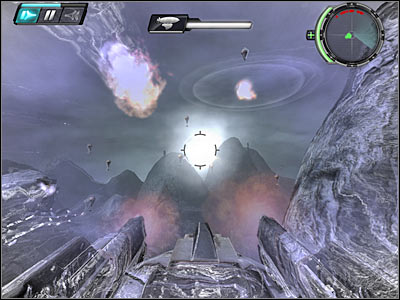 Not much will change here. You still have to get rid of the mines in order to assure that the zeppelin has safely reached its destination. Watch out for the balloons as well. It would be wise to destroy them right away, before they will deploy more mines. You will have less time to destroy the mines, but if you're using slow-motion, you will still be able to defend the zeppelin. 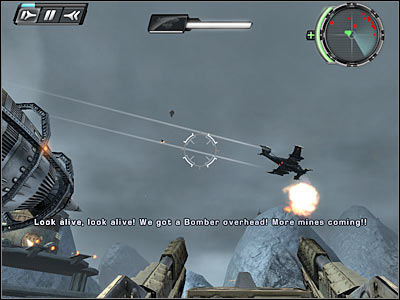 You should receive a warning that two enemy fighter planes are heading your way (screen). You won't have to destroy them right away, but you'll deal with this new threat soon enough. Wait for the game to display a new cut-scene. Destroying the jets is considered your top priority from now on. 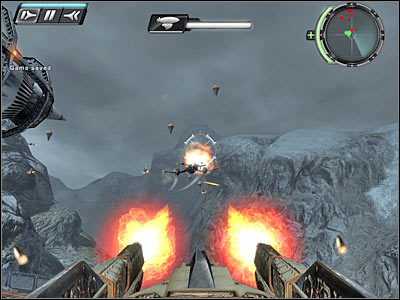 I guess you may have some problems understanding what has to be done here. Enemy jets aren't your only concern here. You still have to destroy some of the nearby mines in order to assure your safety. Otherwise the zeppelin would have lost a lot of energy and you would have probably failed in reaching your target area. The first group of jets will arrive in about 10 seconds. Use this free time to destroy some balloons and mines. 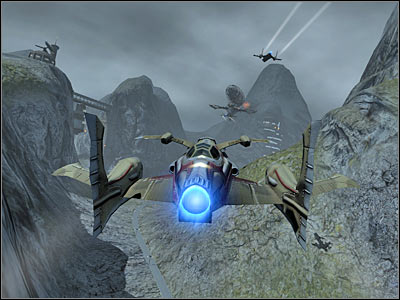 As for the fighter jets, I'd strongly recommend using a slow-motion feature in order to increase your chances of hitting them (screen). Just make sure that you've disabled this feature each time an enemy plane has caught on fire. Also, use your radar to find other jets. I'm sure that you won't have any problems doing that. 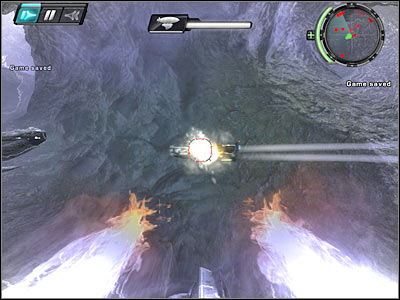 You should receive a new information from the pilot of the zeppelin. It turns out that more bines have been placed in the area and these objects will be moving towards you at greater speeds (screen). Try destroying most of them and don't forget that you can save your progress at any time. 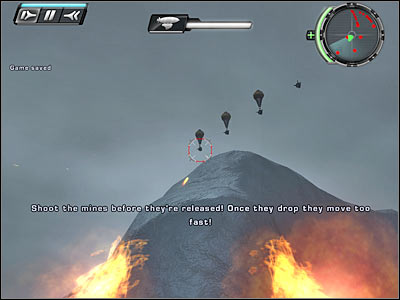 The final phase of this mission will require you to focus on the fighters jets once again, however it's going to be a lot easier to destroy them this time. You should be getting closer to an enemy base. Wait for the game to display two separate cut-scenes. Once this is done, you will be allowed to proceed with the next mission. This time you won't have to use the zeppelin, because you'll be back on the ground. 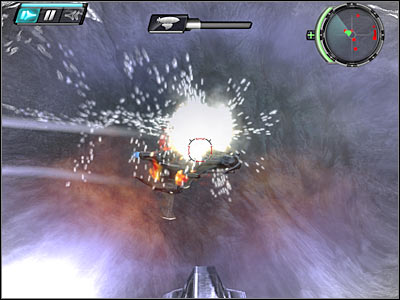