Before you'll be allowed to proceed to the main area of the map, you will have to listen to what Commander Cooke has to say to you and your colleagues. You should also wait for the first objective to be displayed on your screen. 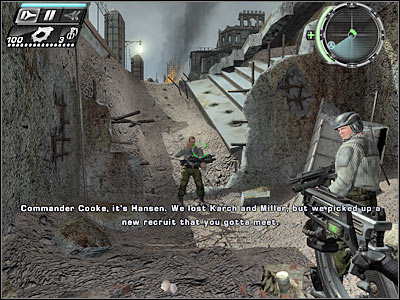 Start off by following the members of your squad. You should notice a large building in the distance. I wouldn't recommend performing any frontal assaults, mostly because there are a lot of enemy snipers in this area. Instead, try taking them out from a larger distance. They will be standing near the windows, so it should be fairly easy to find them. 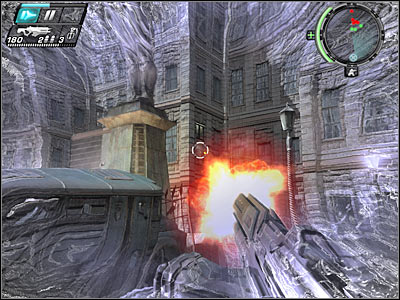 Once the snipers have been killed, start shooting at the remaining enemy soldiers. You won't have any major problems here, so you should only slow down the time in order to increase your chances of killing them. Try eliminating all of them in order to secure this square. Don't forget about the possibility of saving your current progress. 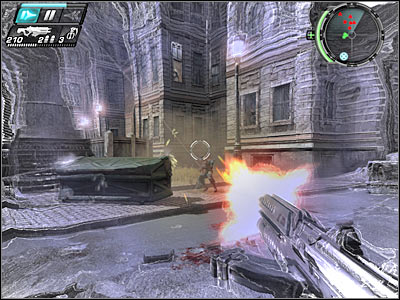 If it's necessary, you may rearm yourself by going towards an ammo crate. It can be found to your right. Check the screen if you're having some problems finding it. You may proceed to the next section. Sadly, you won't be able to go to your left, so you should consider staying close to the wall of the nearby building. 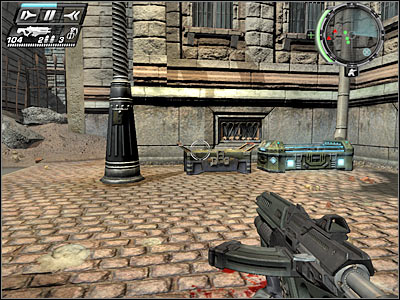 A new sniper will appear in this area. He will be standing near a window, so you must kill him as soon as possible. The next group will arrive from your left. It would be a good idea to kill them from a larger distance. You will also be able to hide here (screen), so you won't have to risk your life while attacking them. 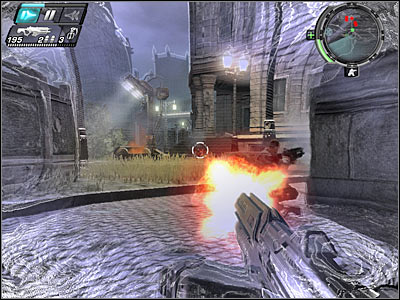 I guess that you won't be surprised by the statement that you had to kill all enemy soldiers. Also, don't worry that you'll be going alone, because your allies will attack a new group and explore other areas of the map. Head on to a large hole (screen). Get down there and wait for the game to display a new objective. 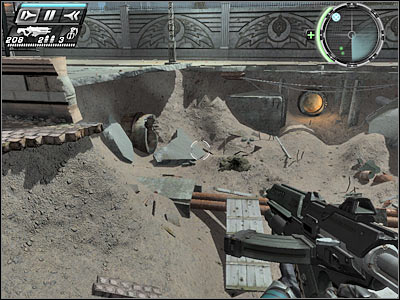 You shouldn't have any major problems finding a tunnel which will allow you to enter a draining system. Once you're inside the tunnel, start moving forward. You should be able to encounter a small grate. It's blocking your way, so you'll have to figure something out to get past it. There's a large valve to your left. Press and hold the X key, so the grate will begin moving. Once this is done, release the X key and activate a time stop function. Head on to the other side before the power bar is completely drained. 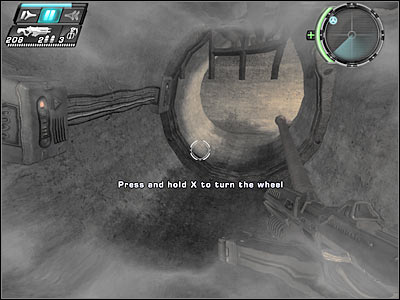