Just as before, this mission will begin with a short cut-scene. Once you've arrived at your destination, you should notice that this is an entirely new area. I'd recommend that you wait for the game to display your first objective for this mission. 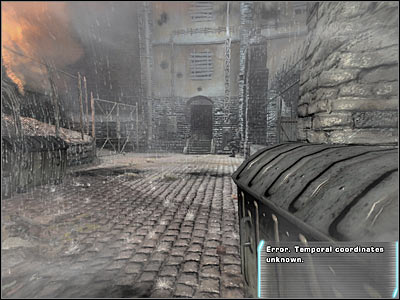 You start the game in a small alleyway. To make the matters even worse, you don't have any weapons at your disposal. Thankfully, you shouldn't be worried about that, especially since you'll finally be allowed to use some of the extraordinary powers of your suit. For now you should consider taking a look at your surroundings. You'll notice a few enemy soldiers in front of you. Go to the left. Head on to the dead body. Pick up a pistol and move back. Save your game here. 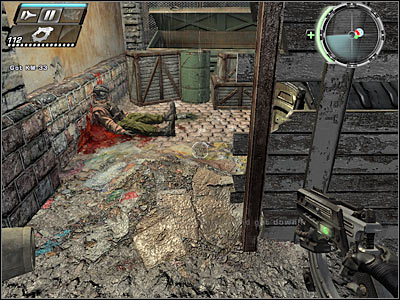 There are a lot of different ways for you to get rid of your opponents. I would recommend that you use a time stop feature, but make sure that at least one of the soldiers is standing close to you. Exit the alleyway safely and start shooting at his head. Disable the time stop feature. He should automatically die. 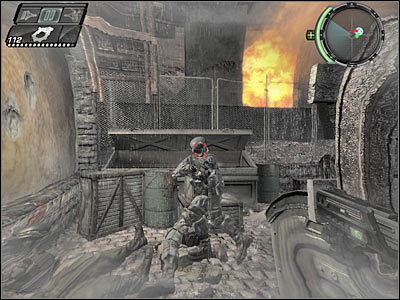 You will have to repeat these actions with the remaining two soldiers. If your power bar has been massively drained, you may consider using slow-motion feature, instead of stopping time. You should also pick up a machine gun from one of the killed soldiers. Eventually you will have to kill them all (3). You shouldn't have any problems with this task. 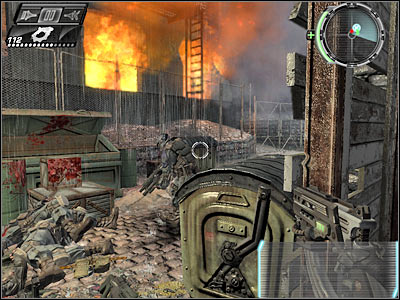 Some of the allied soldiers should appear to your right. Obviously you can't attack them. Instead, join them, because there heading towards your next destination. Wait for them to open a nearby gate. Once this is done, start following them. You should consider creating a quicksave here. Once you're close enough to your destination, a new objective will appear on your list. 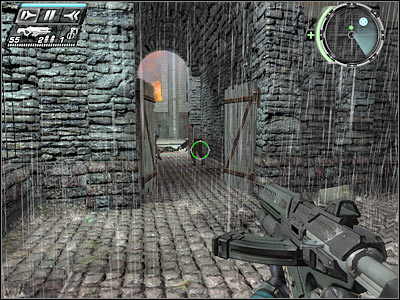 Once you've left the tunnel, you will have to turn right. This will allow you to get closer to the Occupant outpost. As you've probably suspected, you will have to defend it. Enemy soldiers will appear to your right. Take a look at my screen, because that's where you should be hiding. Start using the slow-motion feature to take out enemy units. Once you've fired a few rounds, turn it off, so you won't drain the power bar too quickly. 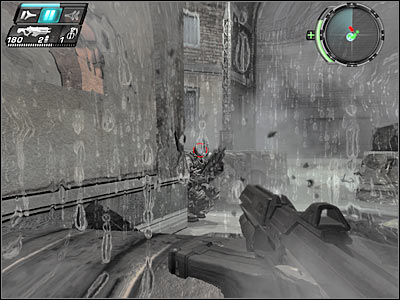