Obviously the game will begin with an intro sequence. I wouldn't recommend skipping it, especially if you want to put the pieces of the puzzle together. I have to warn you, though. You must pay close attention to the FMV sequences in order to understand what's happening around you. Wait for the game to transport you to a new location. You will witness a shorter cut-scene here. You won't be able to move your character right away, so be patient and listen to one of your allies (screen). 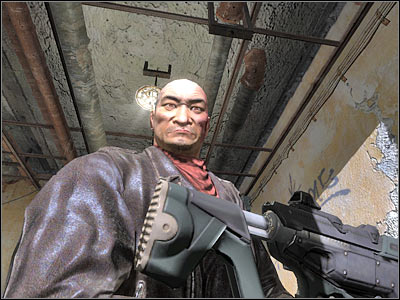 You will start exploring this level inside a small, dark room. Don't worry by the fact that you aren't carrying any weapons and you can't use your time powers. This is an introductionary level, so you'll mostly be able to familiarize yourself with the basic controls. You will also receive your first orders (press TAB in order to read them).

New mission objective: Follow the Occupant to the meeting room 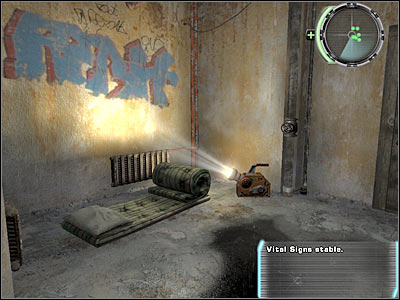 You must do exactly what you were told, so go ahead and exit this room. You will have to follow your ally. I'm sure that you won't have any problems finding the exit. The next area is a large warehouse. You may proceed to your destination right away, however I would recommend making a few stops along the way. There are some Occupant units here and it would be wise to listen to what they have to say to each other. There's only one passageway here, so you can't get lost. 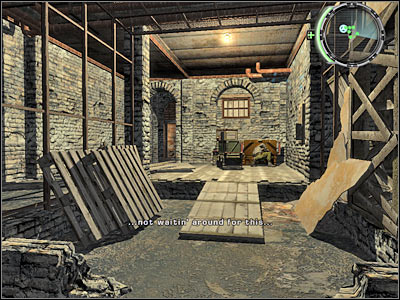 Once you've reached a new corridor, you will have to use nearby stairs. Proceed to the highest level. There's a closed door here, but it's not a problem. You just have to wait here for a few seconds and you will be allowed to go inside. The game should automatically create an autosave here. Listen to a short dialogue. 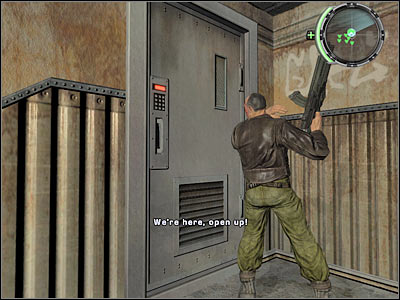 This room is going to be attacked by an enemy robot (Sentry). Obviously you won't be allowed to fight it. As a result, you will only have to watch out for your main character, so he doesn't get killed. Don't stand in the open. Instead, go to the left and hide near an allied soldier (screen). Make sure that you've done this as soon as possible. 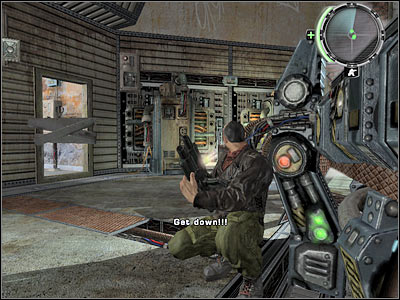 Now you will have to patiently wait for the allied soldier to destroy a wooden barricade (screen) that's blocking your only exit. I'd strongly recommend standing next to him, so you won't get hit by any one of the projectiles. Once the barricade is destroyed, start running forward in order to enter this new corridor. You should also make a stop here if you have suffered any injuries. The health bar will replenish itself automatically. 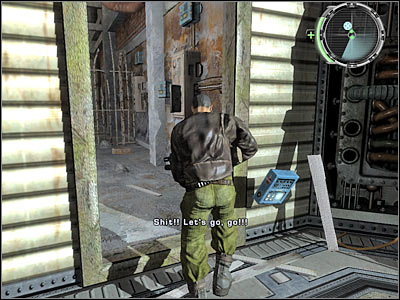