In Timberborn, collecting resources far away from the district center may seem impossible. However, there are ways to reach resources that are far away from your colony.

District center range - how to check? 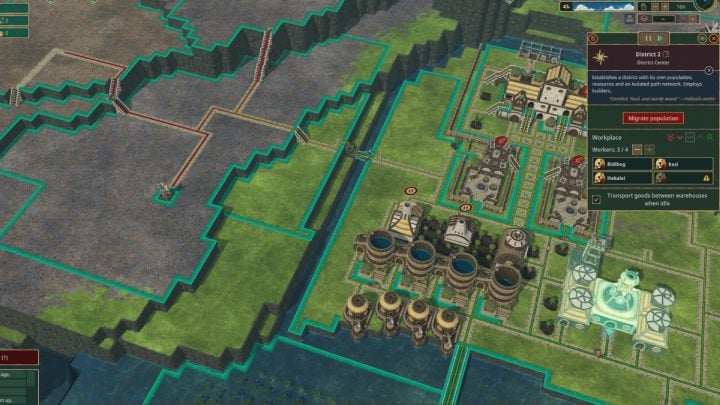 The district center has a limited range. This means that your beavers will only be able to access a certain area around the main colony building. You can check the current range by clicking on the district building to see if the roads you've built have colored lines.

The red color on the road indicates a considerable distance from the district center. Workers from the center will need more time to transport resources or build facilities along such a road. If you want to speed up transportation, set up a porter's post by the buildings near the red line.

If you want to start collecting, for example, scrap metal from metal ruins not located within the colony's main building, there is an easy way to reach the resources without having to build a new district center, which would require a completely new settlement or collection and distribution points.

Distant resources - how to collect? 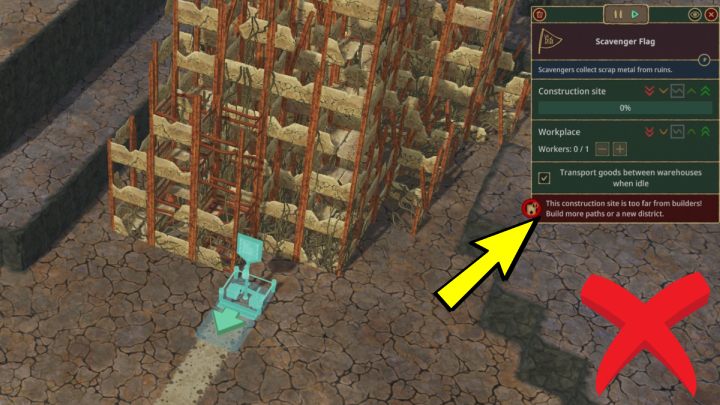 When you find the metal ruins lying closest to the district center, try to place a path leading to them. You don't have to build a scavenger flag right next to the ruins. If you put up a building that no worker can reach, a colored line indicating the distance from the district will not appear on the road. When you click on such a building, you will also see a message about not having access to the colony center. 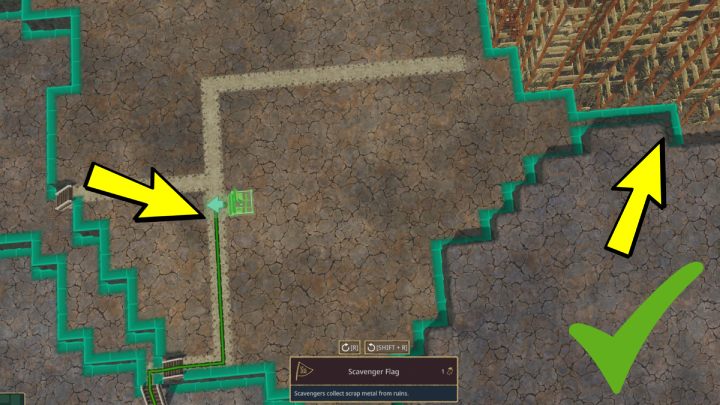 Remember that each building has its own range within which a worker will collect materials. So try to set up the scavenger flag at a suitable distance from the metal ruins while also keeping it within range of the district center.

This site is not associated with and/or endorsed by the Mechanistry or Mechanistry. All logos and images are copyrighted by their respective owners.