The following chapter contains some tips on what you should NOT do in Thronebreaker: The Witcher Tales. Following these rules can contribute to winning more duels in Gwent.

Do not play your cards blindly

In Gwent, every point and every possible element of surprise you can muster, counts. An equally important part of the game is to have answers to the opponent's play, so try to anticipate their moves and slowly reveal your own cards rather than putting them on the table without any plan.

You have a limited number of cards in the deck and if you manage to beat the opponent's score, it makes no sense to invest more resources, which you can use later on. For example, if the card you played from the hand has created an advantage for you, you don't have to activate the skills of your remaining units in play.

Do not play too many cards at once 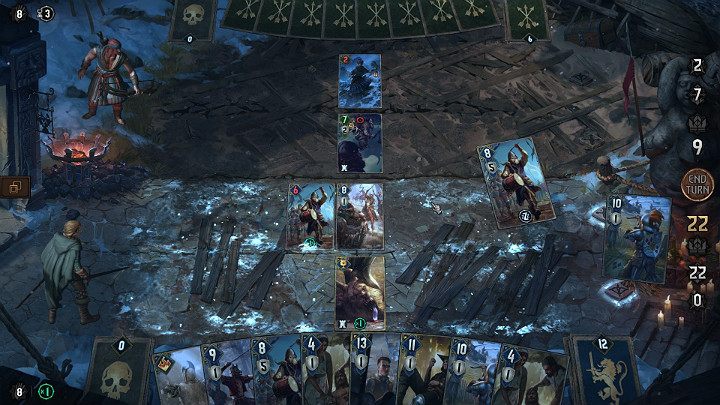 Your deck is certain to include cards that have the ability to draw extra cards from the deck and play them immediately. Try to use such cards wisely to retain some reserves for a possible third round.

Do not underestimate your enemy

You always have to be prepared for the worst. If your enemy plays weak cards at the beginning of the round, never take it at face value - no one knows what's up their sleeve.

Do not try to win every round at all cost

Sometimes it's worth giving up one round to win the whole duel. It's not a good idea to spend 2 or 3 extra cards to one-up the opponent's score, as it can have catastrophic results stage in the duel. Sometimes it is better to fold and remain at an advantage against the opponent.

Do not add too many cards to your deck 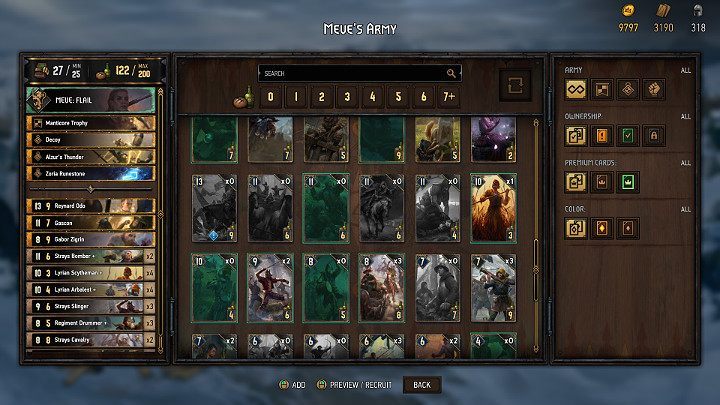 Having too many cards in the deck reduces the likelihood of getting the ones that you need. A deck should consist of a maximum of 30 cards, provided that you can go through this number quickly in round 1. For example, you have a unit that pulls out two additional cards from the deck in the next turn, etc.

Do not forget about the skills of your units

In most cases, your units have additional skills that you can manually activate at your own discretion. Remember to use them when necessary and not when the opponent does not have any units on the board.