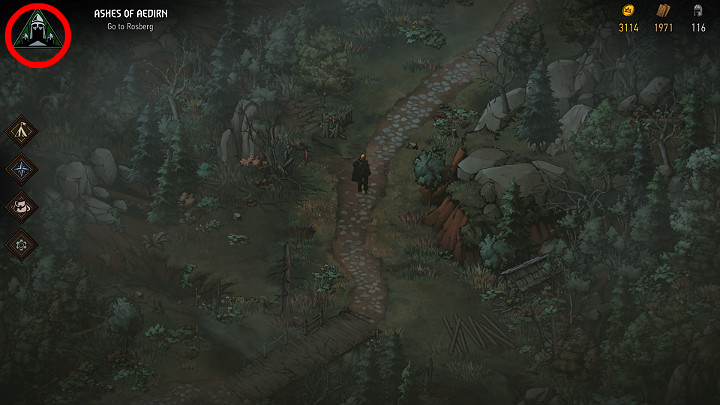 Army morale affects the overall strength of your units. By keeping the morale at a sufficiently high level, you will make your soldiers happy and more willing to fight, which results in an increase in their statistics. In Thronebreaker: The Witcher Tales features 3 possible levels of Army Morale:

It should be noted here that the green morale of the army is maintained only by 1 fight, and then returns to neutral status.

How to raise the morale of the army? 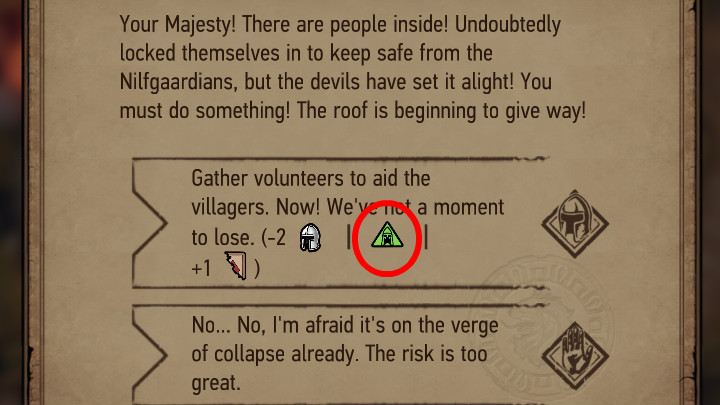 Army morale can be lifted in many ways, but the most frequently used for this purpose are roadside shrines. Another way is to help the inhabitants of the kingdom or to perform side quests. Each time you can perform an action that will have a positive effect on the morale of the army, you will see a green icon in the dialog box marked in the picture above.

It should be remembered that the morale of the army cannot be cumulated. For example, if you keep your soldiers' satisfaction at the highest level and use the chapel you meet, it does not mean that the satisfaction effect will last for 2 instead of 1 fight. In this case you can leave the chapel for later.