The rules of battles in Thronebreaker: The Witcher Tales can seem a bit complicated at first, especially for those players, who never played Gwent. It's a good idea to spend some time getting to know them so that you can take advantage of every possible tactical advantage over your opponent during the fight.

The fight lasts up to 2 winning rounds or until the opponent surrenders. The game can last for a maximum of 3 rounds up to the maximum possible score of 2:1. If you manage to win the first 2 rounds, you have won the whole match. The other rules are as follows:

Victory through a point advantage 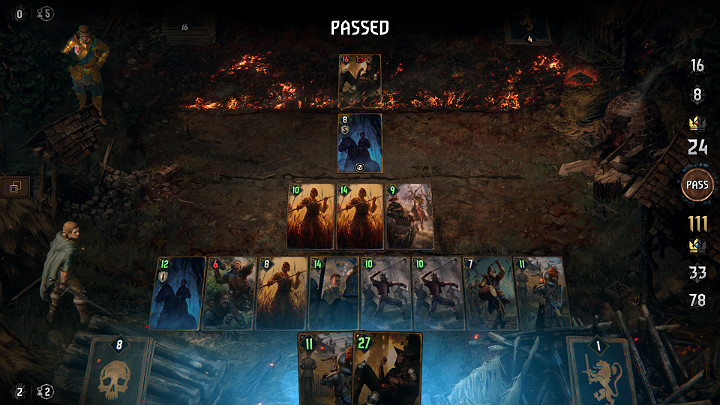 You can win each round through a point advantage. As you can see in the picture above, the Player's army has 111 points and the opponent has only 24. What's more, he no longer has any cards in his hand so you don't have a chance to win.

Winning through an opponent's pass 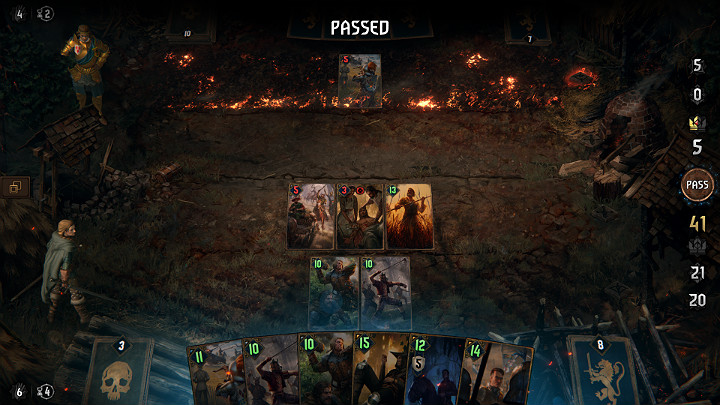 You can also win the round through the opponent's pass. The above picture, you can see that the situation on the board is one-sided. The opponent has no chance of winning so he decides to save the remaining cards for the next round and passes. 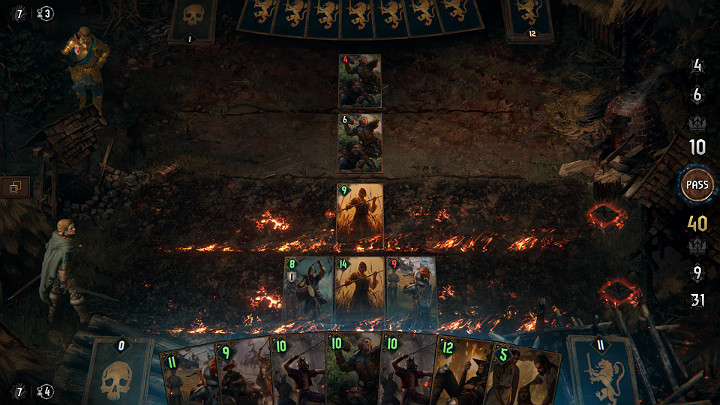 The Tactical pass is a very useful move, which can turn the tides of victory. In the picture above, you can see that the Player's army has as many as 40 points and the opponent has only 10 points. You can also see that both armies have 7 cards on their hands. The opponent now has to make the difficult decision whether to sacrifice 2 cards and win a round, or to pass a round and start another one with the same number of cards as the opponent. If he chooses the first option, the player will gain an advantage in cards.