A camp is a strategic location for your army. This is where you can train in combat, commission barracks extensions, create and integrate new units into the army, as well as view lists, maps and battle reports. The camp is also a good place to talk to the heroes you meet on the way. 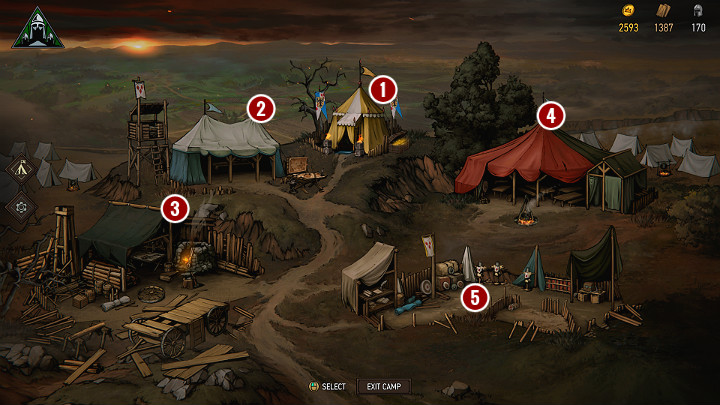 In the camp you have access to 5 basic buildings, which can be later extended and enriched with additional functions.

Royal tent and its role 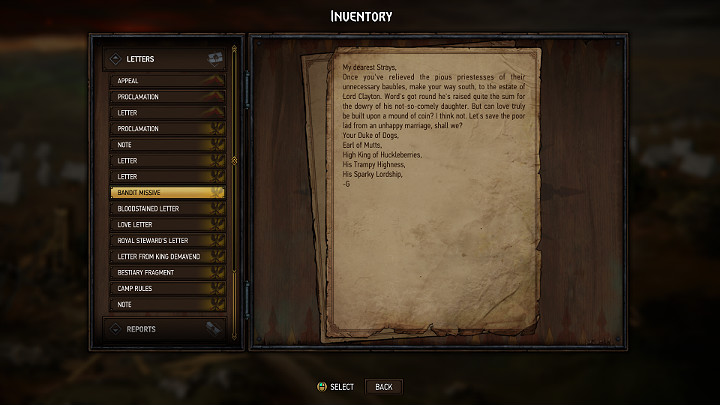 The Royal Tent is a type of Player's 'inventory', where you can find all useful items and information. From the royal tent you have access to military reports, letters, maps, keys and card fragments.

Headquarters and its role 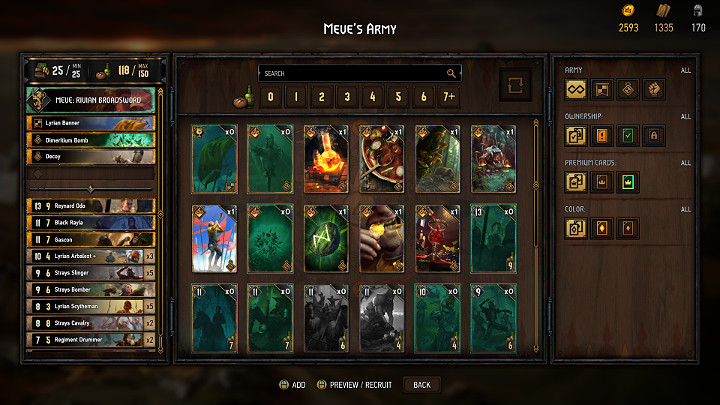 The Headquarters are a place where you manage Meve's army. In the Headquarters, you can create and recruit new units, change Meve's weapons and set your own deck. This is where the cards gained along the way will go and can be used in combat.

Workshop and its role 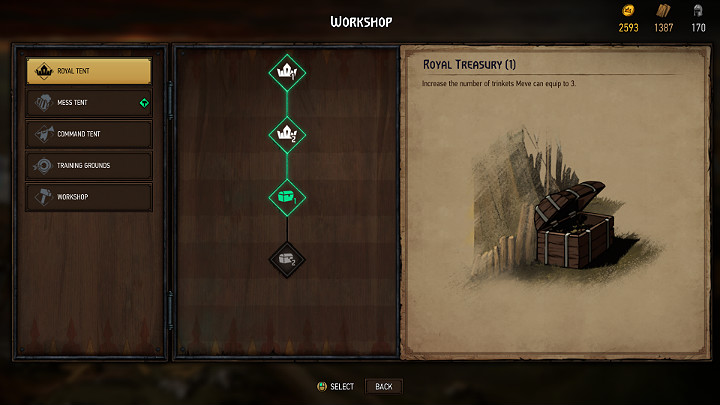 Canteen and its role 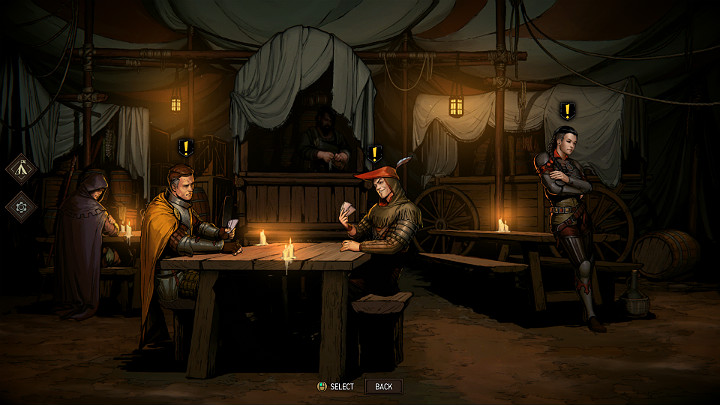 The canteen serves as a meeting place for companions who have joined your army. Here you can discuss private matters, get to know the life story of your companions, as well as get advice on how to lead the army.

Training ground and its role

The practice area will allow you to test your deck without any influence on the course of history. The Training ground is a good place for everyone to learn the principles of deck building and test new moves.