The units available in Thronebreaker: The Witcher Tales can be divided according to their roles. You can incorporate into your army, for example, units that have a basic strength, but do not perform any important actions. Another type of card is the unit shooting at the designated target. There are also units with special skills which, for example, create weather conditions in a selected row. 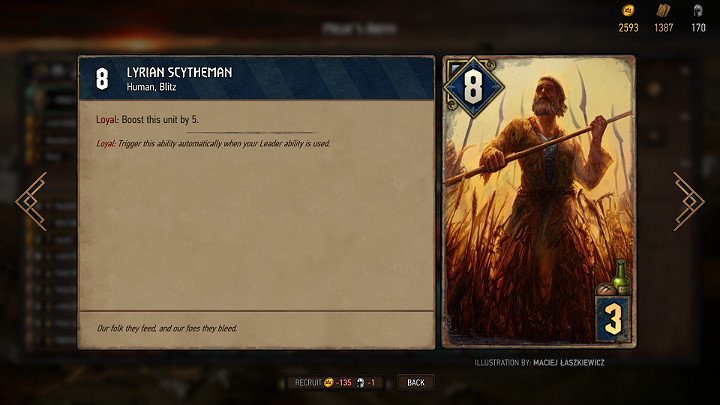 Recruitment of basic units is very cheap, they do not take up much space in the army and are not able to perform any actions. However, some of them have a passive ability that can be activated in a certain way. For example, the unit shown in the picture above will receive +5 strength points each time you use a Meve special skill. 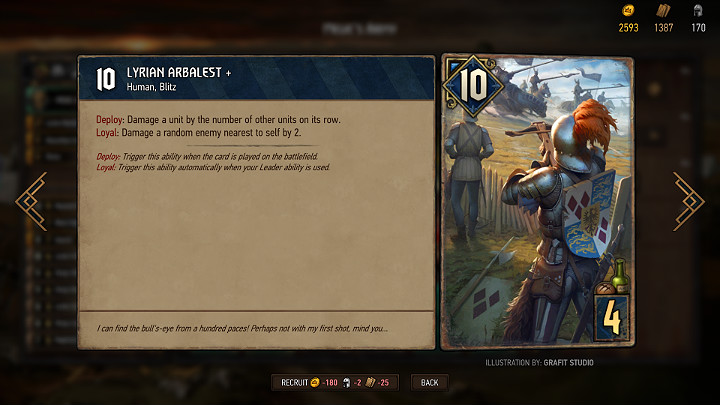 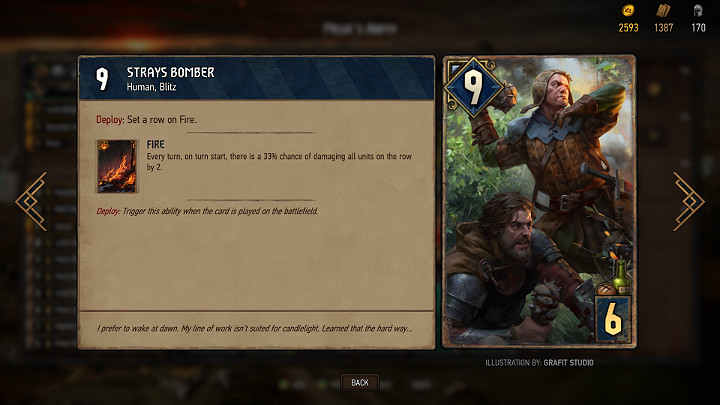 You can also add units to your deck that are able to create an extra effect. For example, the unit visible on the above picture not only has 9 points itself, but it additionally sets fire in the selected row. This translates into a long-term effect because in each round there is a 33% chance that each unit affected by this effect can take 2 points of damage. 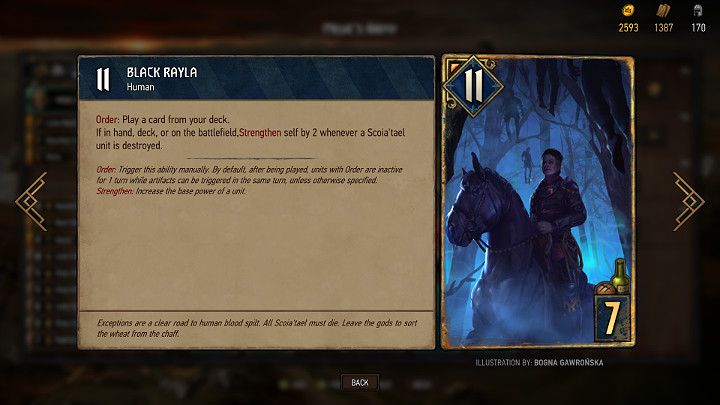 Gold, special units are very powerful allies who are able to turn the tides of victory. On your way you will find many potential allies who will want to join your army and it is worth allowing them to do so. For example, the Black Rayla has up to 11 points of strength and is also able to play any card from your deck in the next round so that you can immediately answer your opponent's move. 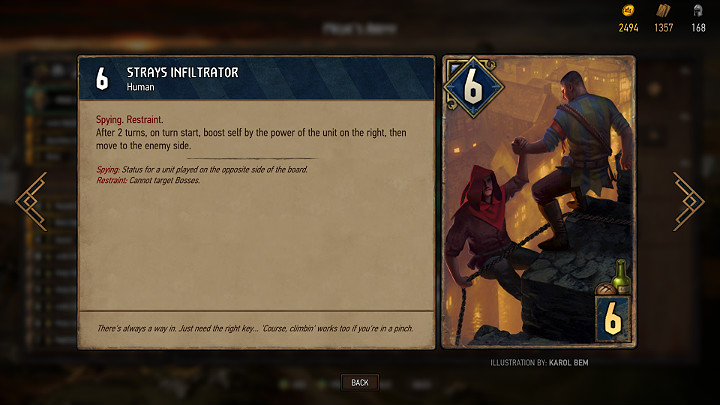 Spy units are sent to the opponent's side to trigger a specific effect. For example, the unit visible in the picture above after 2 turns strengthens by the number of points of force of the unit on its right side, and then moves to your side of the board. When you play spies, you force your opponent to take actions that they would otherwise not consider. 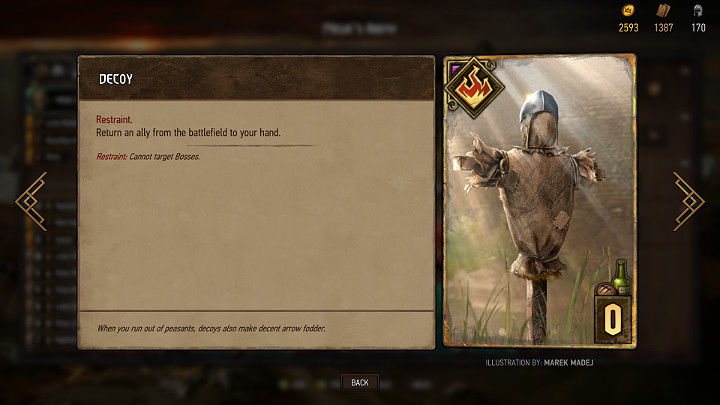 Gadgets are spells that will help you survive on the battlefield. Some of them can heal your allies, others can hurt your opponents, and others can reset units to their base values. For example, the card shown on the screen above allows you to withdraw the selected unit from the battlefield into your hand. Thanks to such a game you will be able to use the skill of a given unit again or keep it for the next round. 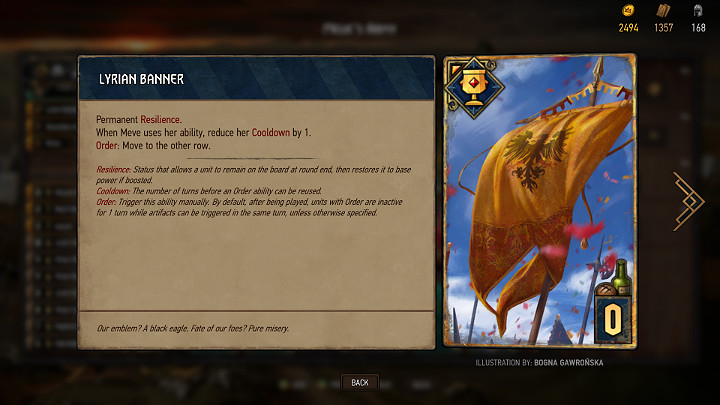 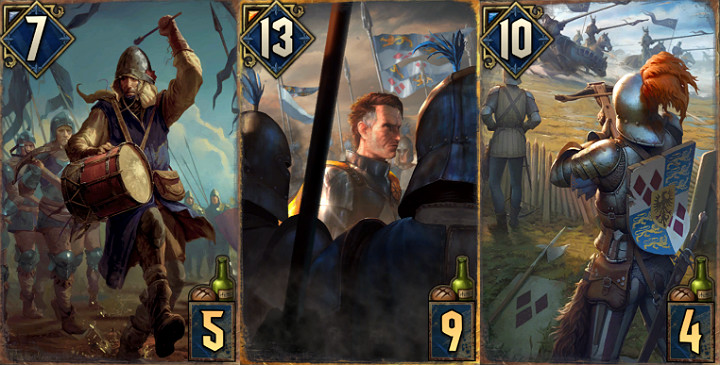 When matching cards to your army, try to select them in such a way as to maximize their potential. For example, if there is Reynard Odo in your army, consider adding units with Command skills to your army, such as the unit Regiment Drummer or the Black Rayla. After using the skills of the units and playing Reynard, they gain an additional 1 load of the Command, which translates into more cards played. Go a step further: with a Regiment Drummer, add some Disciplined soldiers, such as the Lyrian Arbalest, to your army. To sum up the whole chain of events, it looks like this:

Another example of synergy between the units is the use of the passive capacity of Gascon. To activate it, you will need e.g. Strays Slinger, who are able to move units between rows. This way you will be able to control the course of the duel and additionally strengthen the strength of the Gascon.