The Hunter's Meadow - the next mission of the They Are Billions campaign. This is one of the easier missions of the main storyline - the goal is quite simple, there are not many infected, and no Hordes. In this Chapter, you will find a walkthrough and tips related to the mission The Hunters' Meadow. 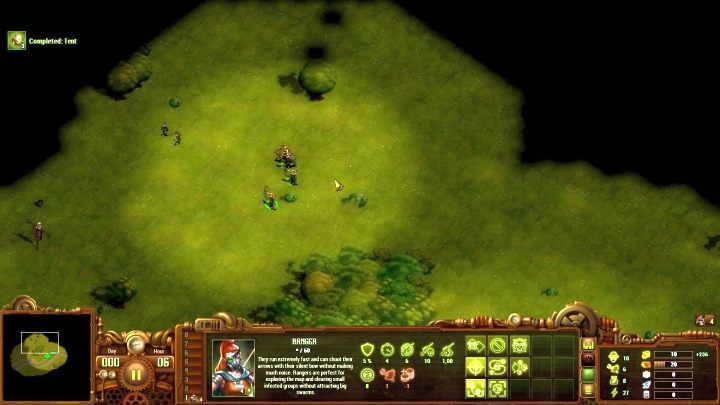 Like most story missions, begin The Hunter's Meadow with cleaning the surrounding area around the base.

How to start: this mission is unlocked after completing The Hidden Valley.

Just like in the Hidden Valley mission, you start the stage with the main building and a small squad of Rangers. Set up 3 Tents and start scouting around the launch site, eliminating individual enemies. When you get the gold, set up two Hunter Huts near the loading point, wait for 300 gold and set up a Sawmill, and for the remaining gold set up a few extra Tents. Keep the area clear of enemies in the meantime. 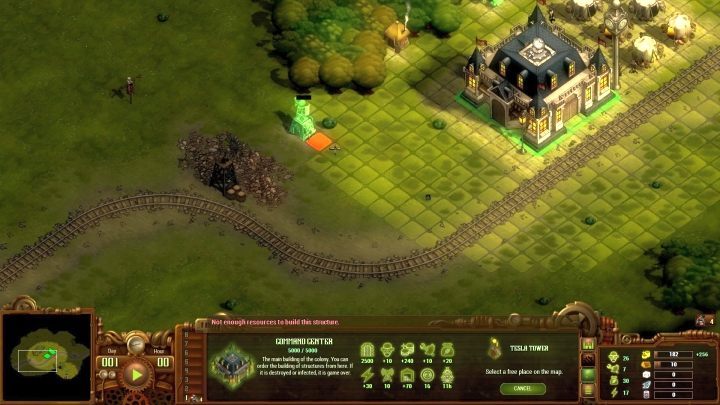 Start by expanding the base to the southwest, in the direction of the stone deposit.

When you get a new supply of gold, install the Tesla Tower to the southwest of the starting location, in the direction of the stones located there. When the tower is built, set there Quarry and build a few Tents. Towards the end of the 2nd day, you should set the Rangers on the edges of the base - the undead will be crawling slowly. Install another Tesla Tower to the Southeast, near the trees, and then build another Hunter's Cottage and a Sawmill there. 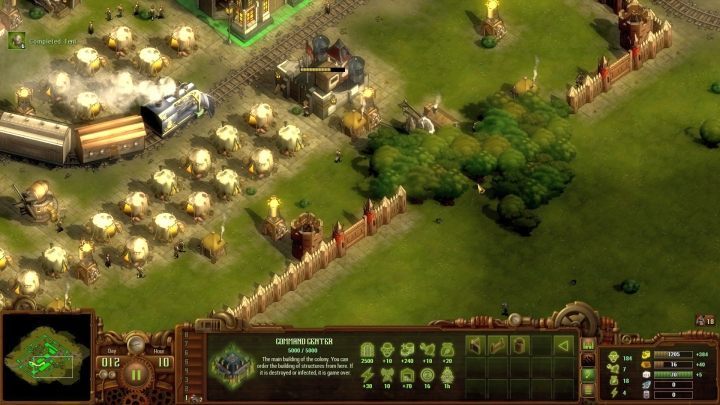 Eventhough there will be no hordes, you should still build a wall around the settlement.

You should also reinforce the wall with a few gates and turrets. Once you've collected the right amount of stones, set up the Soldier's Center and start training new units, all the while placing towers around the base. As the wall is built around the base, create a small squad of Rangers and start expanding to get more food and constantly set up Tents - after all, your goal is to get the population of the colony to 600. If you reach this value, the mission will be successful.

This mission will open another Weapon's Factory.

Here are some tips to keep in mind during the The Hunter's Meadow: