The Hidden Valley - this the first mission available within the story campaign in They Are Billions. This mission serves as a kind of tutorial - the game will inform you about new mechanics or constructions that you need to build step-by-step. In this Chapter you will find the description of the walkthrough and tips related to The hidden Valley mission. 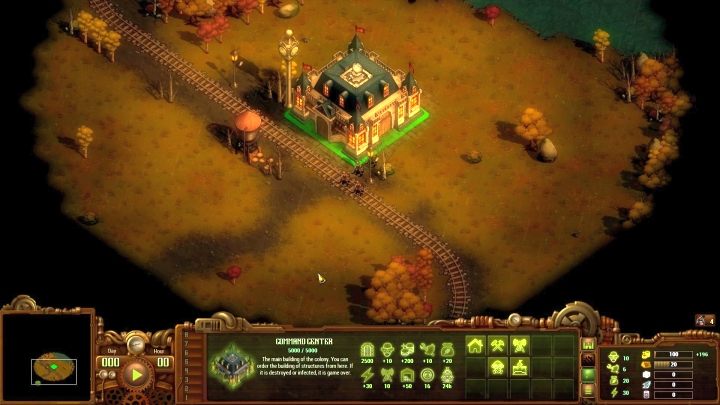 The beginning of the first mission of the campaign looks pretty standard - the main building and 4 Rangers.

Unlock method: mission is available from the beginning

The mission begins as a typical stage of survival - you get at your disposal 4 Rangers and a Command Center which you must protect. Start off by rising 3 Tents and exploring the area around the starting site using the available units. You don't have to fear the attack of the undead - in the next few minutes you will face no attack. 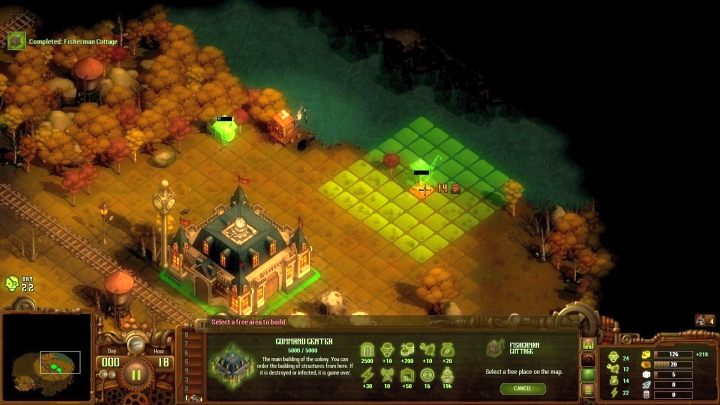 Initial expansion of colonies - you need to take care of food and space for the colonists.

When you get the gold, build the Fisherman's Hut, by placing it on the water and the Hunter's Hut by the forest. Use other resources to build additional Tents. Direct your Rangers to the southwest corner of the map - clear the rock deposit on your way and then kill all the undead located in a small niche between the rocks. There you will also find a package of food (20 pieces). When you get the next batch of gold, build a Sawmill by the trees. Use a possible excess of gold on the Tents. 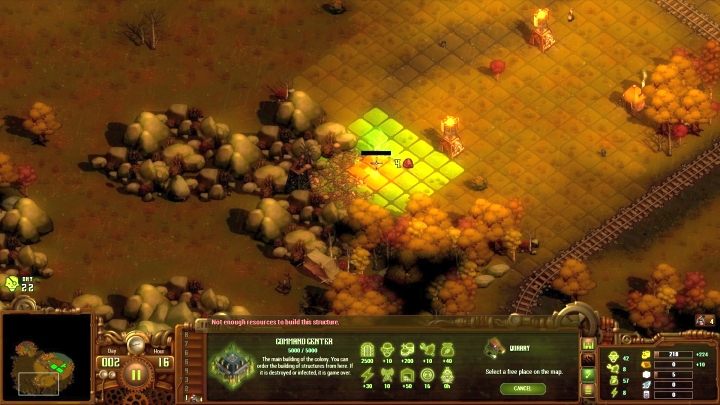 Quarry is the key here - thanks to it you will be able to recruit new combat units.

When you get more resources, build the Tesla Tower to the southwest of the base, heading towards the recently discovered stones. When the construction of the tower is completed, build another one and then install a Quarry so that 4 stones are produced. In the meantime, send Rangers to clear the entire western part of the map. When this is done, put them in the north, in a niche between the trees, next to the railroad. This is the only point through which the infected will come to your base. 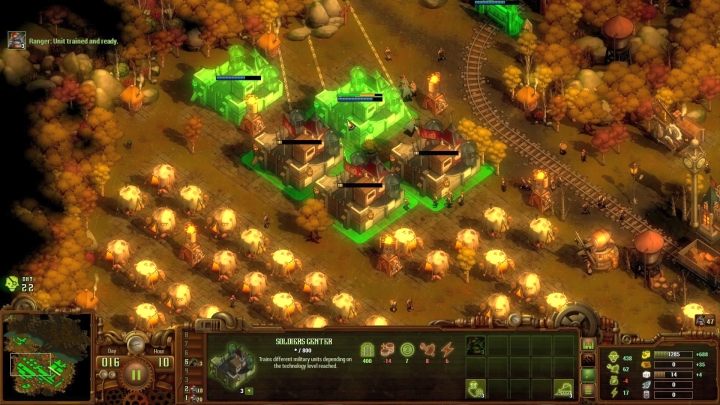 Your goal now is to reach a population of 300 points. To do this, you need to increase the range of your base with the help of Tesla Towers and build as many Hunter Huts as possible. Do not forget also about the Mills, which generate electricity. In addition, do not forget to raise the Soldiers Center, as soon as you get the necessary amount of raw materials. From now on train new Rangers continuously. When again you collect enough resources, build another building of this type - it is important to have as many combat units as possible until day 22. It is also worth sending a squad consisting of ~10 Rangers and clearing the northern part of the map (behind the tracks) - there you will find a lot of additional raw materials, mostly food. 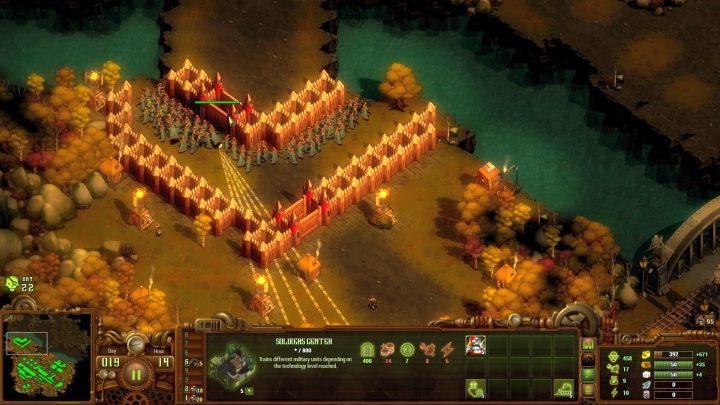 Examplary fortifications for the final attack.

When the you reach day 20, you will need to prepare fortifications. Stretch the base in the north-west direction and in this extension build 2-3 defence lines with 2 wall rows. Between the lines leave 2-3 squares space to fit recruited Rangers Deploy all your units there and wait until the final attack of the undead, which will begin on day 22. An example of fortifications can be seen in the screenshot above.

After completing the mission, three new ones will be unlocked - The Last Bunker, The Hunter's Meadow, and The Crossroads. The order of completing them is up to you.

Note - after completing the mission, you will have enough science points to unlock new technology. It is necessary to develop Assault Rifles, which will unlock a new unit, namely Soldier. His presence will greatly facilitate further missions.

Given that this is the first mission of the campaign, it is worth reading the tips that will greatly facilitate the start. Namely: