In this chapter you can find out how to develop your colony. The tips below focus on buildings, combat and creating defense walls. We hope that this information would help you survive your first game in They Are Billions.

At the beginning of the game, you can only erect several basic buildings. Development of your colony will let you access more. The most basic building material is wood and with time, you will also find stone, steel and oil. Build many tents, which will ensure you with more colonist and workers necessary for the colony to flourish, and to recruit new military units. Make a maximum use of the available space, build as many lakeside Fisherman Cottages as possible and, by forests, apart from Sawmills, also build Hunters Cottages they are much more effective when they are located near forests. When it comes to grasslands, these are best used if they are spotted with Farms. Whenever you want to build one, check the entire area beforehand. A well-located farm can provide 64 food units. 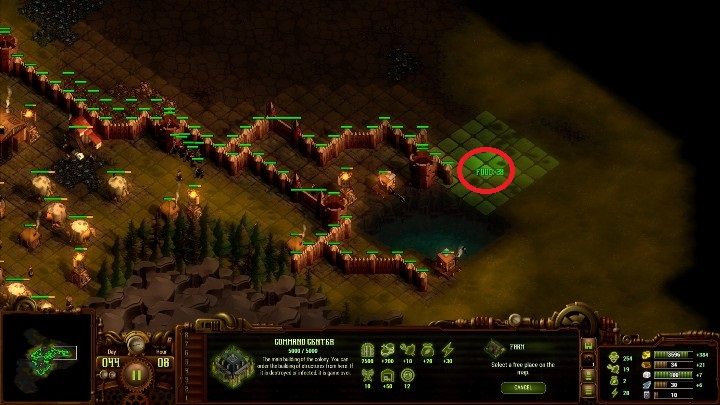 While erecting production buildings (mines, farms), one more factor plays a vital role: availability of land/resources. For example, by a very small body of water, where you can build only one fishing port, find the spot that ensures the highest food production. When the lake is big enough to build more structures, try to build as many of them as possible, ignoring which building will yield the highest production. Such method ensures maximum throughput and faster development.

Also, remember to use Warehouse, providing a bonus of +20% to production and storage space. It is a good idea to build warehouses near farms and mines. Erecting several such buildings side by side is wasteful, bonuses to production do not stack up. The same goes for the Market and the Bank.

For more information on each building, see List of buildings and statistics.

How to build civilian buildings

You have to plan carefully how you want to build housing for your colonists. It is best to plan their distribution so that there is still space for the market left (requirement: 200 colonists), and for the bank (requirement: 400 colonists; space required by each of the buildings is 3x3 + 1 field of space in-between). Around them, you can build houses. This way, you max out on the income of gold you receive by 30% per house and you decrease food consumption by 20% per house.

Building order in the initial phase

The order of building, at the beginning of the match, depends on two factors: availability of resources to mine (randomly distributed around the map). First, build a Fisherman cottage, or a Hunter's cottage, then a Sawmill and as many tents as you can. Then, build another Sawmill. Remember to build more tents, buildings providing food and energy - Mill and Tesla Tower - if you require more space for building. Until day 5-6, you should have, at least, 2-3 sawmills, and a Quarry. Remember to build Soldiers Center or Wood Workshop.

If you have first built the Wooden workshop, start by inventing a farm. Depending on the activity of zombies on the map, how much you want to expand for more resources, or imminence of the next wave, after the farm, research into the Great Ballista), then into Market and Cottage.

At this stage of the game, you do not have to build walls. If the proximity of zombies worries you and you fear that your units will not be able to defend the colony, you can build a single-layer Wood Wall.

Use Tesla Towers to expand your colony. These towers require 1 worker, 10 wood and 200 gold. You need to remember that a land that you want to claim needs to be revealed and without any zombies. Remember to secure your entire land. Check every wall, maybe you have a hole in it that can be used by zombies to get inside. Remember that bigger lands are more difficult to defend and require more resources to secure them. 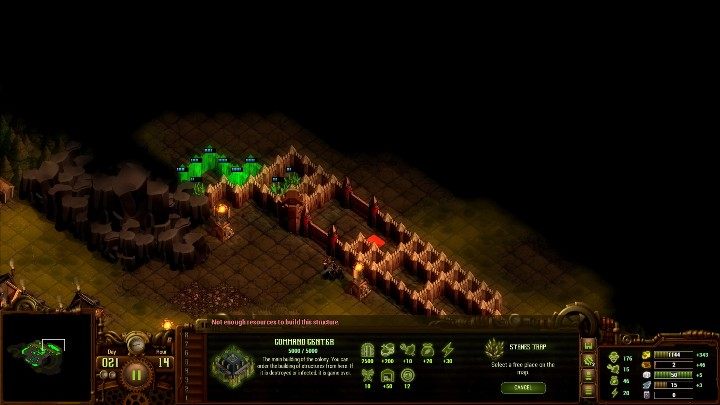 Here, there is only one rule. Your walls should be as thick as possible. Zombies can easily break through 1 layer of a wall, spread infection in your entire colony and kill all colonists. Walls can be upgraded with stone.

Place Stake Traps around your walls. You can make them by using 3 wood and 30 gold. They can stop zombies from attacking your walls. 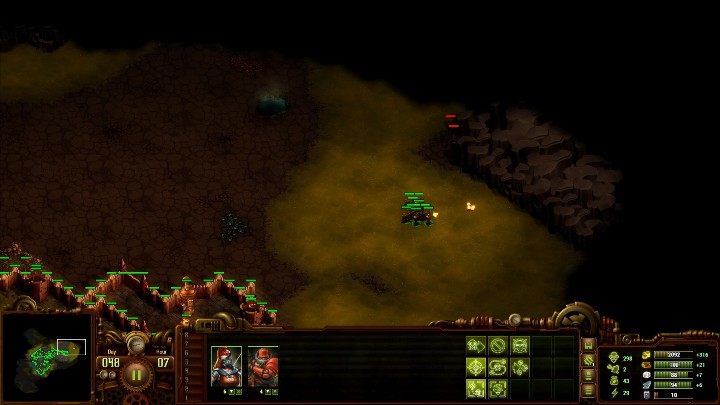 Upon starting the game, you get only a few soldiers and rangers. Develop your technology to recruit snipers. You can place them on towers to protect your colony. A number of recruited snipers should be higher than a number of placed towers. These units are extremally slow which means that there is no point in moving them to other positions while you are under attack. They are the most powerful units in the game. Soldiers are the most resistant but they are also rather slow. Recruit and place them in various parts of your colony. There is no point in moving them to other places. You can make 6 squads with 10 soldiers each and place each one of them near your colony's gates. Also, you should add 2 or 3 snipers to those squads.

Rangers are the cheapest and the fastest unit. Recruit as many of them as possible. Make 3 times more rangers than soldiers. They aren't resistant but these units are fast and strong. You can move them around during a horde's attack. They are a perfect assist for defending your colony's gates.

Election of the Mayor 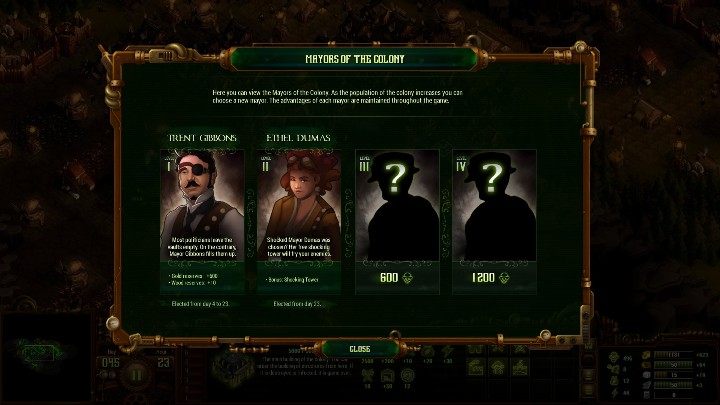 By reaching a certain number of citizens you get a chance to choose a mayor. You can choose from 2 candidates. Thanks to that you will get bonuses. Currently, the game has four levels that let you choose a mayor. Your election history can be viewed in a special menu. These election levels require you to have 30, 200, 600 and 1200 colonists.

Their bonuses can give you additional resources or new buildings that can't be unlocked in any other way. Focus on bonus resources when your colony is still in development. They can help you in expanding your colony. Additional food and wood is always useful during the first few days. After developing your colony enough, you can focus on additional buildings. Don't hesitate when you get a chance to pick up an Oil Platform or a Shocking Tower. This tower can help you defend your colony from zombies by attacking everyone who gets closer to it. List of available Mayors can be found in List of available Mayors.