The list of the best mods for The Witcher 3 Wild Hunt should include a modification that can improve your combat impressions. There's no denying that as a witcher you have to spend a lot of time on killing monsters or humanoids (as well as people) - so it's worth taking care of this aspect of the game. 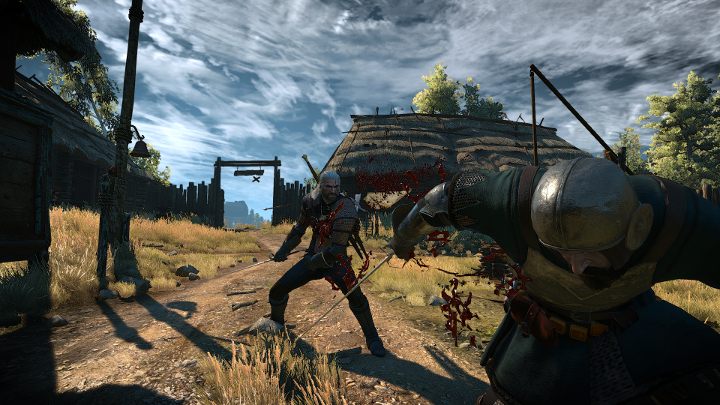 BLOOD modification will come very handy in enhancing your combat visuals. As you can easily guess, this mod affects the in-game blood splattering system. The author has implemented high-resolution blood textures, but also modified the blood-splattering system so it behaves a little more realistic. If you combine this mod with mods presented in the frame below, then the fights and battles in Wild Hunt will look really impressive.

A much better effect will be achieved by installing one more modification that affects the blood system. More Blood Mod increases the amount of splattering blood, and after every fight Geralt looks like a real butcher.

You can also install the Critical Slow Motion Combat Mod, which activates a spectacular slow-motion and time slowdown with every critical strike. Combine all three mods to get the best effect.

Unpack the downloaded archive in the "mods" folder which is located in the main folder of The Witcher 3 Wild Hunt.