The option to activate just one quest at the time is a weird decision on the part of CD Projekt RED. Luckily, the mod developers did not fail the fans of Geralt's adventures presented in the games. 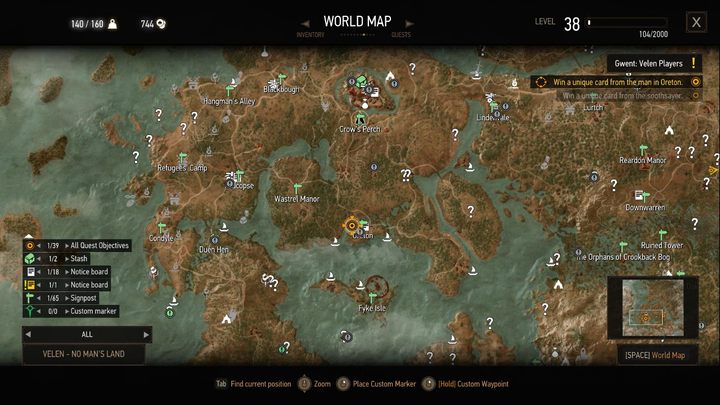 The All Quests Objectives on Map modification places all the objectives of all active quests on the map. The aforementioned objectives inform about the character level required for the quest with proper colors. Upon hovering over an objective with the cursor, crucial pieces of information are revealed.

There are three versions of the mod described herein:

This modification can be installed either with Nexus Mod Manager or manually - by pasting the contents of the downloaded archive into the Mods folder.