The enemies using cold steel in The Witcher 3: Wild Hunt are not the sharpest tools in the shed, neither do they surprise with their sophisticated combat skills. Luckily, the Skilled Humans mod improves the combat algorithms of humanoid adversaries. 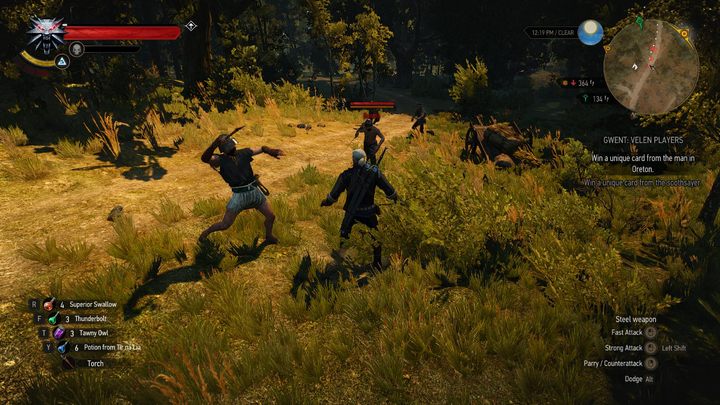 From now on, our foes fight much better - they block more often, counter Geralt's attacks, and have even learned some of his tricks. They avoid blows and mount attacks previously reserved only for the Witcher. Additionally, they move faster around the battlefield and are much more aggressive.

All this makes for a mixture, which increases the difficulty level and results in more complicated fights. This, in turn, causes players to better prepare their tactics for the encounters at hand. Each victorious battle is now much more satisfying.

This modification can be installed either with Nexus Mod Manager or manually - by pasting the contents of the downloaded archive into the Mods folder.