Mastercrafted Wolven School Gear - focuses on a mixed type of play. Each element of the gear gives bonuses to Adrenaline, strength or sign intensity. In order to obtain schematics for this set, it is best to equip oneself with two maps: Worn-out and Faded Notes by Hieronymus on the Witcher Elgar and Notes on Parchment Notes by Hieronymus on the Witcher Elgar You can buy them from Hattori in Novigrad and an armorer in Kaer Trolde. 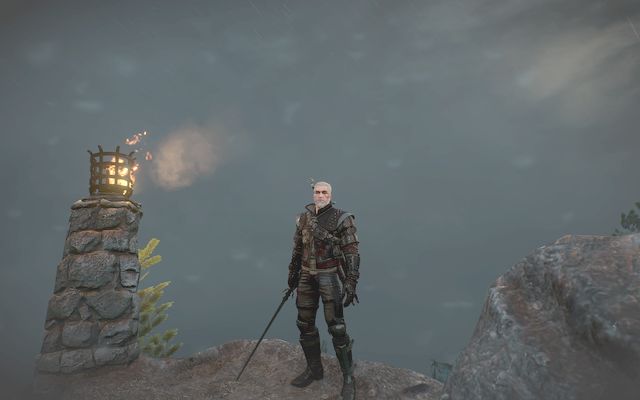 Location: Trophy in a shipwreck to the south from the peninsula, below Condyle 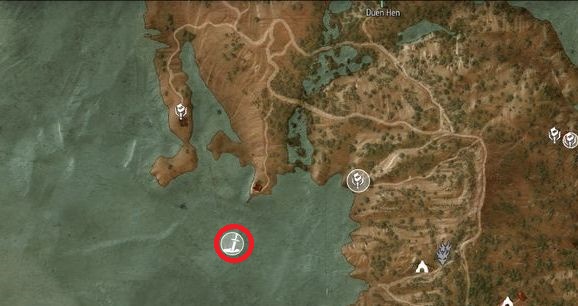 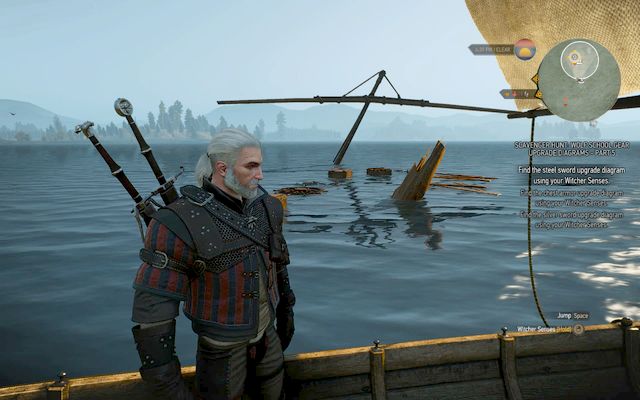 There is a trophy in a shipwreck to the south from the peninsula, below Condyle. Get there to obtain the trophies. 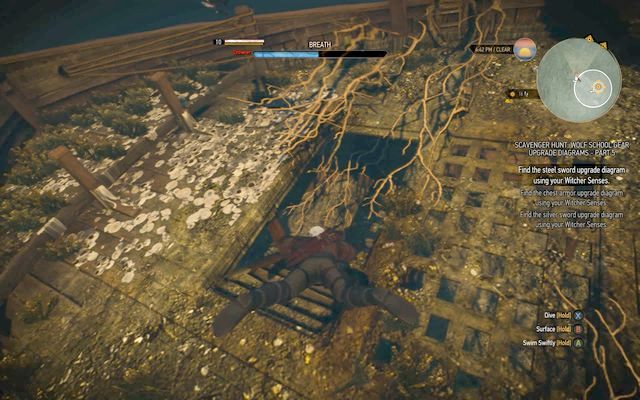 Dive under the deck to get to the chest.

Under the stairs leading to the lower deck you will find a chest with another diagram.

Location: Elven ruins to the south-east from Duen Hen in western Velen 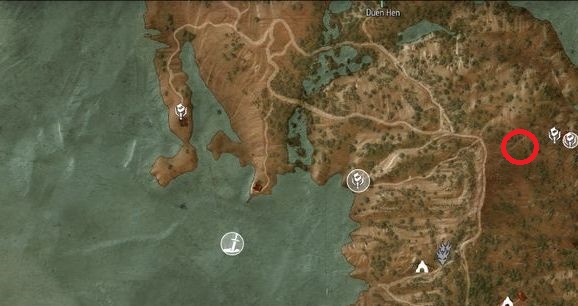 Diagram for the mastercrafted armor can be found in the elven ruins which can be found to the south-east from Duen Hen in western Velen. 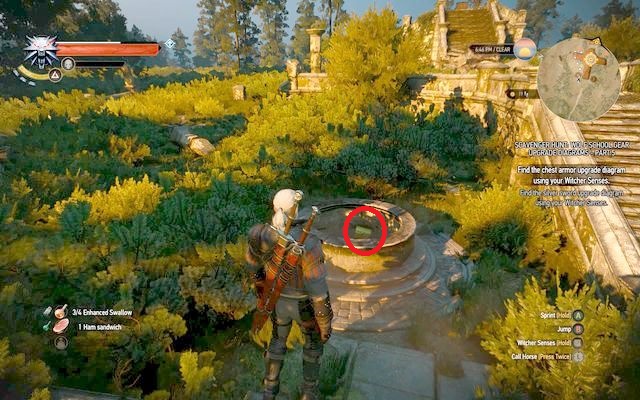 You don't have to fight the enemies. To the left from the stairs there is a small well. The box with the diagram can be found there. 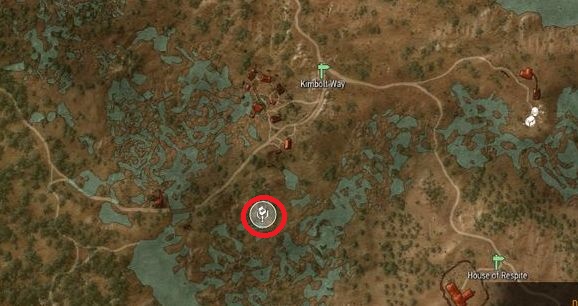 To the north-west from the Nilfgaardians camp crossroads are located, right behind the marker of Kimbolt Way. Go to the south-west from there to find a lair of a Fiend on the 23rd level. Fight him, remembering to do a small jump towards his back with each attack so that you will always be behind him. 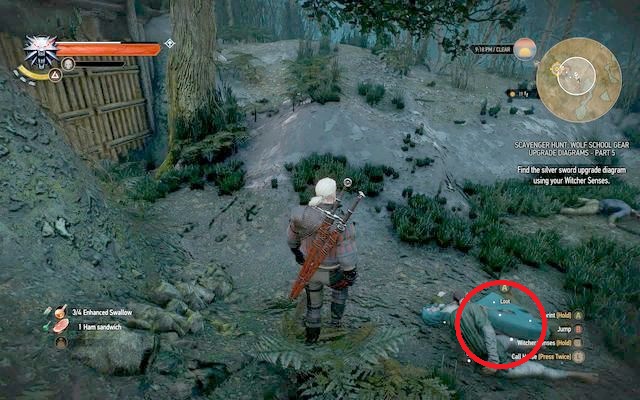 When you get rid of the beast, you will see a closed door to a hideout. The key can be found by the corpse of a bandit, in front of the gate. The darker chests has a diagram inside of itself. 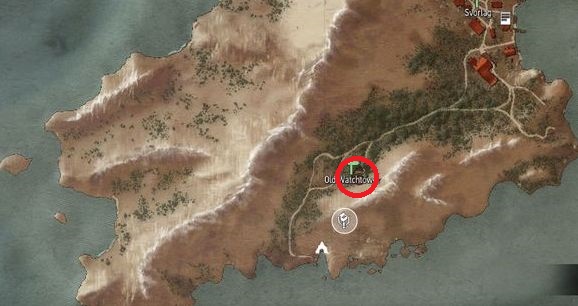 Diagram for the mastercrafted trousers lies on island Spikeroog. By the Old Watchtower where the bandits' camp is. 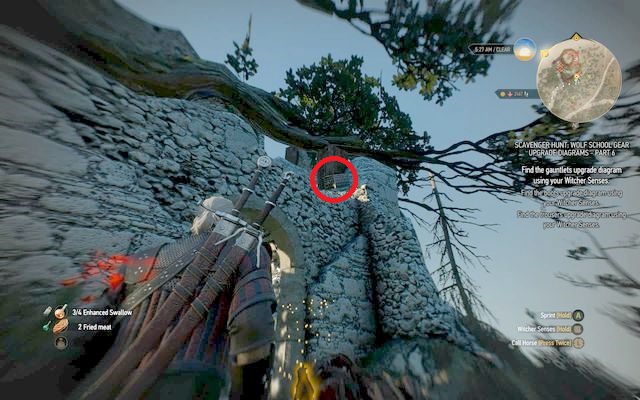 Deal with the bandits and look at the first arch over the entrance. In its right corner you will see the chest with the schematic. Climb the wall to get it.

Location: Skellige - castle ruins, to the north from the Boxholm (northern area of Kaer Muire). 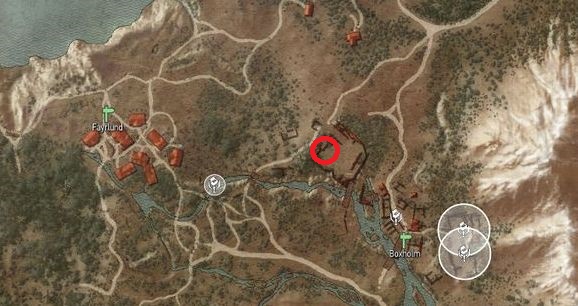 Above the Boxholm, ruins of a small castle are located. Get there and prepare for another fight with a Fiend. Deal a small damage to him to make him run away (he is connected with the quest). 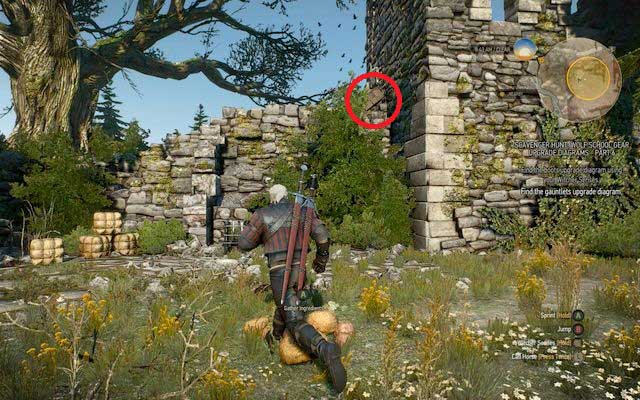 Head to the remains of a wall which start at a southern wall of a tower. On the edge of the wall lies a chest with another schematic for the mastercrafted gauntlets. Climb the wall to get it.

Location: Skellige - ruins on an island Undvik, to the southern-east from Dorve Ruins 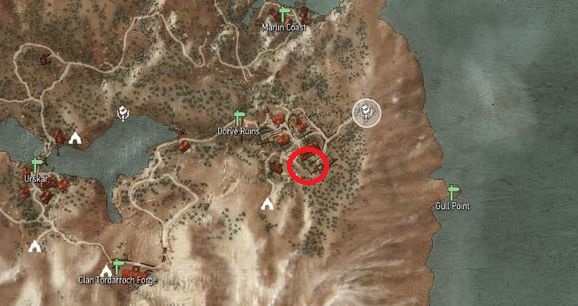 On the island Undvik, the Dorve Ruins are located. Go there and get behind the last building to the east. 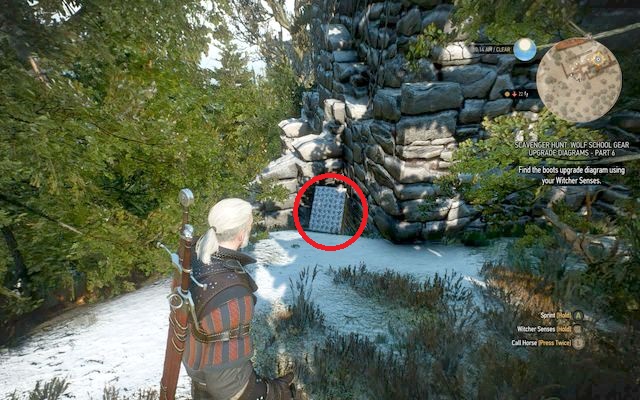 Behind the ruins of this building, between the bushes, you will find a chest on a wall. The chest has got a diagram inside.