Mastercrafted Cat School Gear - works best for those players who value the melee attacks instead of using signs - each element along with the swords gives attack bonus which gets higher with every upgrade. In order to obtain schematics for this set, it is best to equip oneself with a map: Adalbert Kermith's Fourth Map. You can buy it from a blacksmith in Lindevale. 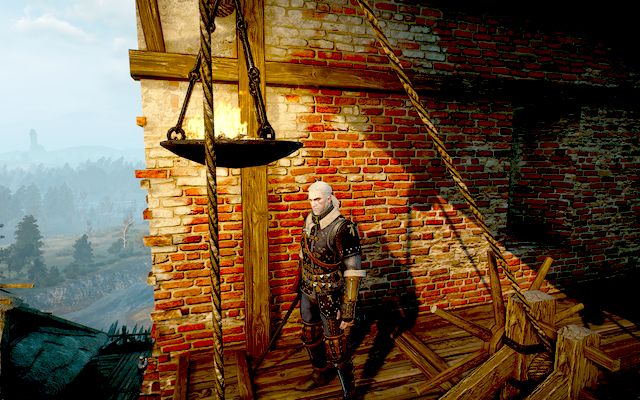 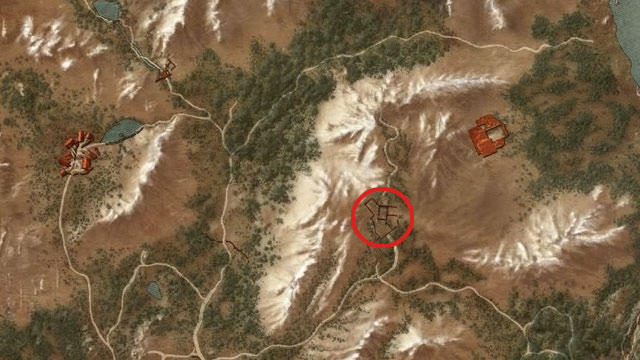 Go to Skellige and then to Kaer Trolde from where you shall direct your steps to an abandoned fortress Kaer Gelen in the central-eastern part of the island. There you will find four wraiths (29 level). 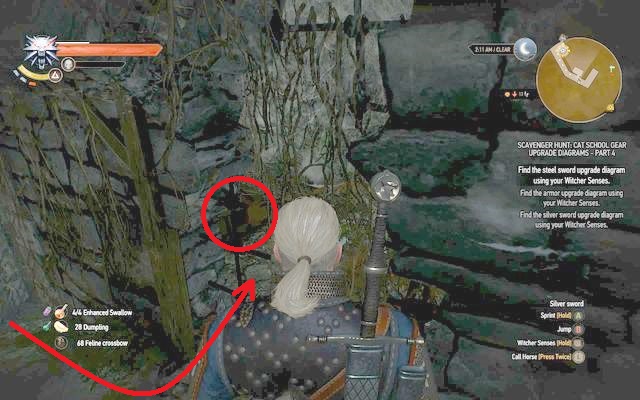 Approach the stairs to the right side of the corridor until you will find a hole in the wall. Take the schematic from the chest behind this hole.

Location: Skellige - cave to the east of Harviken on Faroe 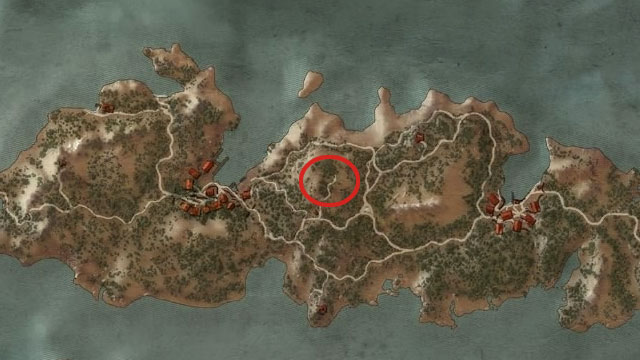 Go to Faroe. From there, embark to Haviken - Choose the path heading east and soon you will see a hill. From its west side you will be able to see an entrance to a cave. 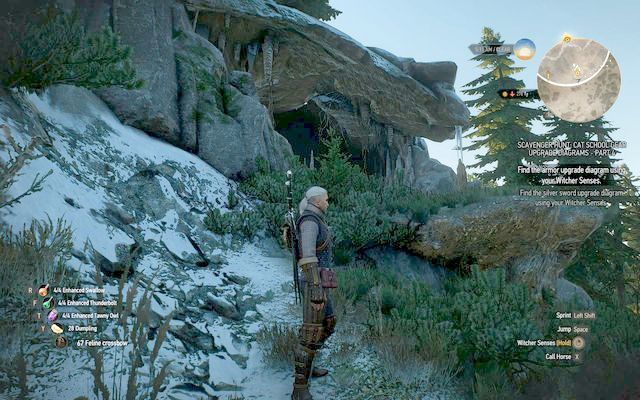 Enter the cave and walk to its end. Inside, you will find two chests from which one of them contains the schematic.

Location: Skellige - cave to the south of Trottheim on Faroe 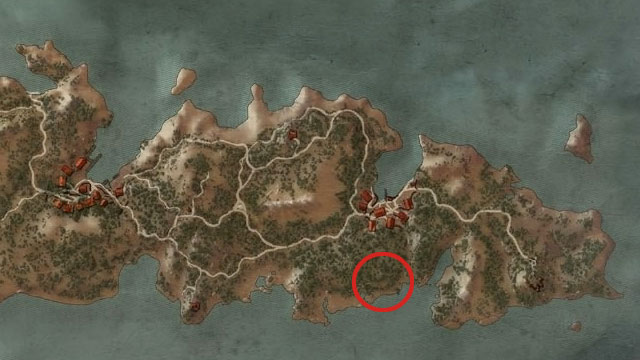 Schematic for Mastercrafted Feline Armor was hidden in one of the chests in a cave. The entrance in question can be found by the cliff, on its south and to the south from Trottheim on Faroe. 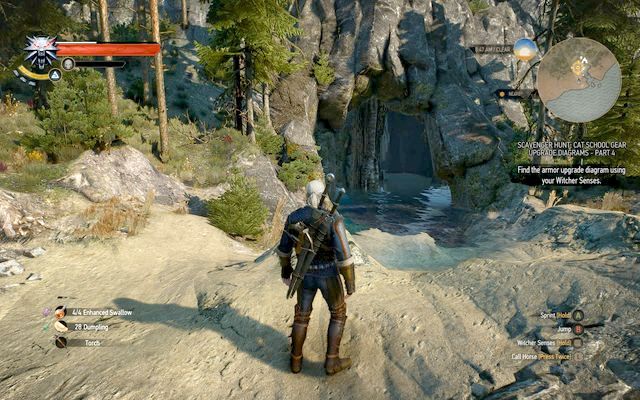 Entrance to the cave with the armor

Swim to the end of the cave whilst keeping to the left side. Behind a stalagmite you will find the chest with the schematic for the full set of the Mastercrafted Feline Armor.