Superior Griffin School Gear works best for those players who value the witcher signs - each element along with the swords gives bonus which gets higher with every upgrade. In order to obtain schematics for this set, it is best to equip oneself with a map (Edwin Greloff's Third Map) which can be bought from the armorer on the Novigrad market. 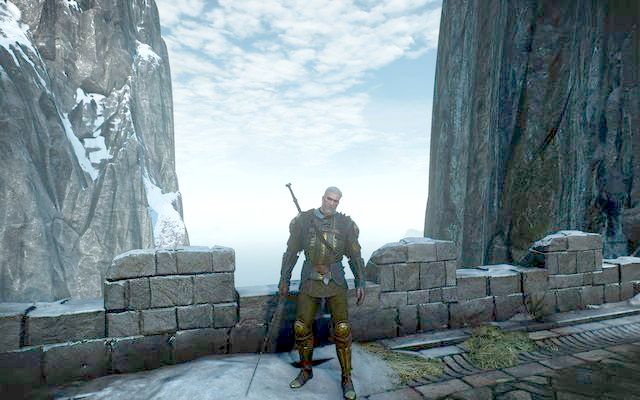 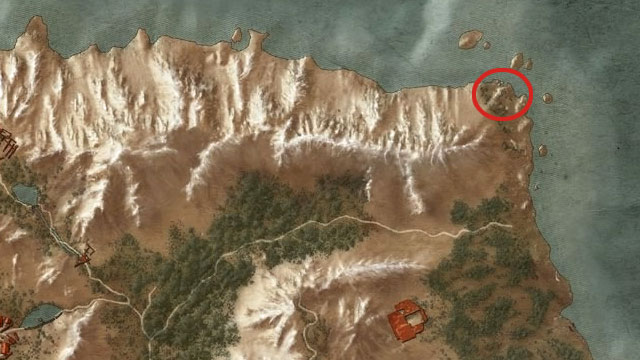 In the north-western part of the main map of Skellige (location of Kaer Trolde) there is a marker for Giant's Toes. There, among the rocks on the coast you will find the bandits' camp. In the end of this stone beach you will also find three bandits from Skellige. 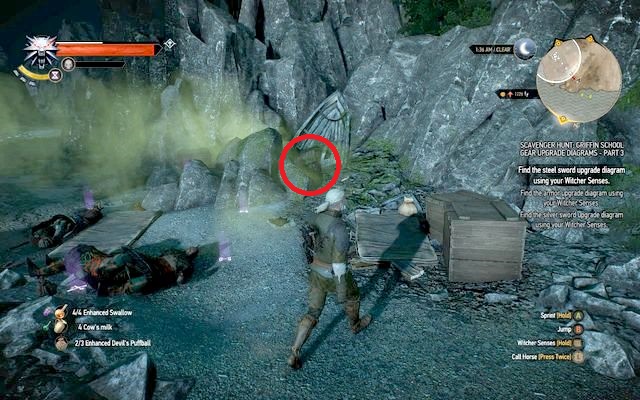 Fight this group and approach the rocks. There should be a wrecked boat nearby. Behind it, you will find the chest with a complete list of schematics for the armor.

Location: An Skellig, to the north of Bay of Winds 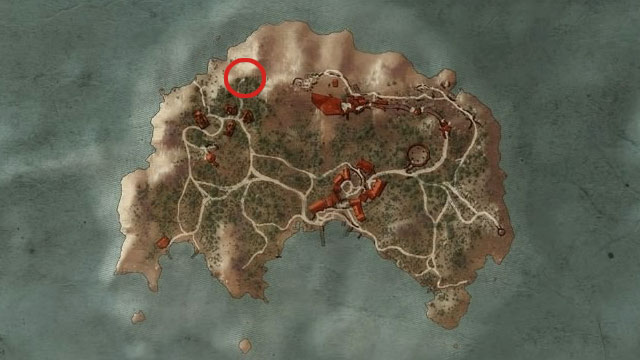 Schematic for the steel sword can be found on An Skellig. In the north-western part there is a road which leads to a cliff (North-west from Bay of Winds). 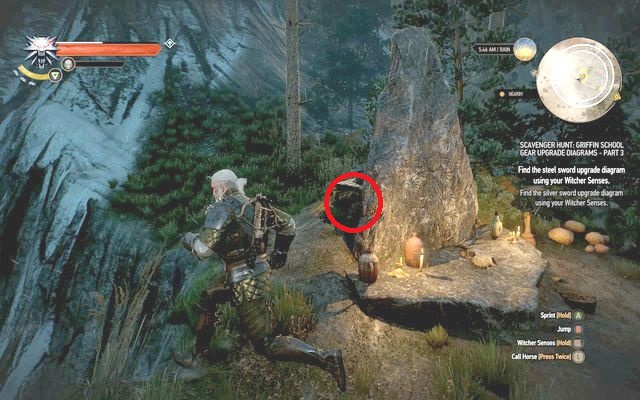 Chest behind an altar

When you get to the bandits' camp, you will find an altar. The chest should be behind it. 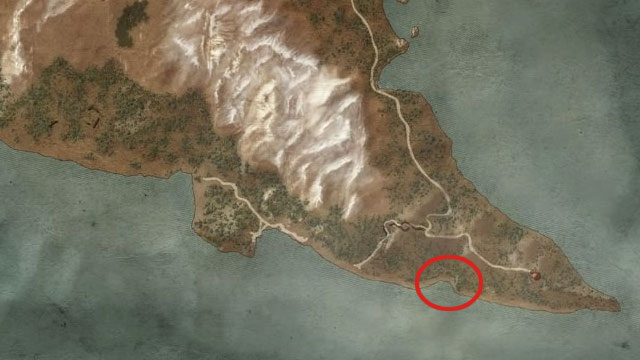 By the Elverum Lighthouse, which is located on the southern coast of Kaer Muire peninsula, a cave is located. There are no enemies inside, thus you don't have to worry about any danger. 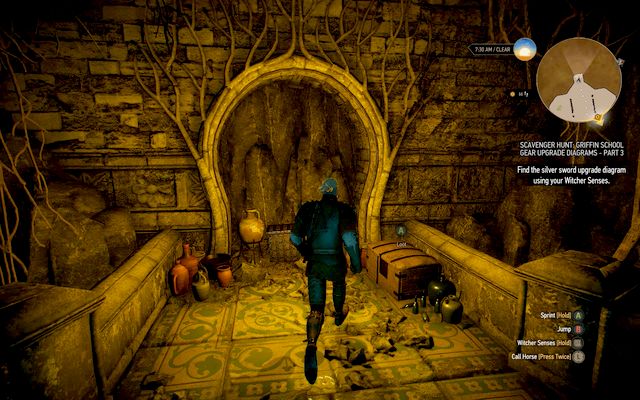 Diagram inside the cave

On the crossroads, go to the right. Walk through the cave to its end. When you get to the statue, approach two chests behind it. One of them has a silver sword schematic inside.