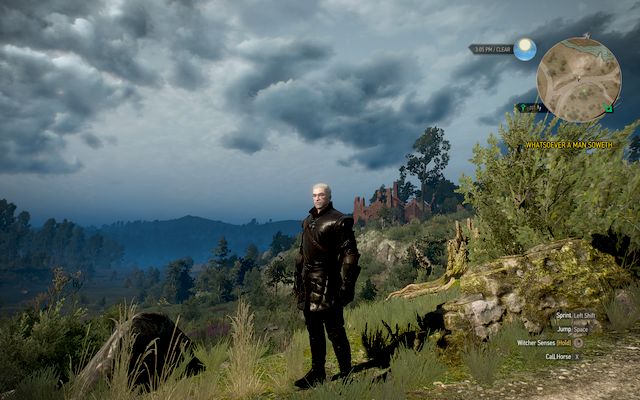 New Moon gear is an armor set available for Geralt which consist not of a set of diagrams but of legendary items. You will receive a similar set from Ewald during the Open Sesame! - part II quest, but this one is much stronger, it's one of the best armor gears available in the game. There are no maps available in the game which can help you in finding it. It is also possible to find a worse version of this equipment which is not described below due to much worse statistics, similar to common armors.

Localization: The lighthouse on the Crane Cape 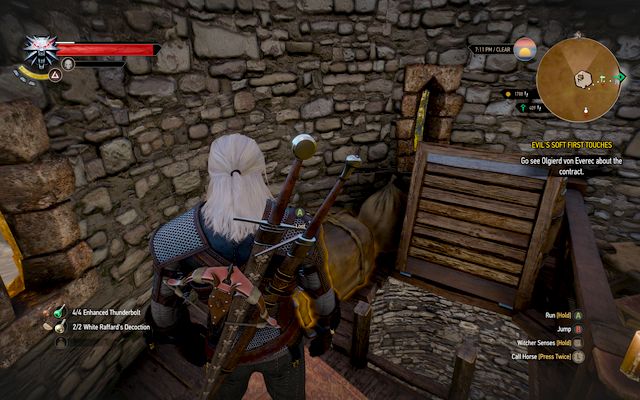 Package located near the ladder in the lighthouse. This is where you will find the armor

This item can be found in the lighthouse, northwest from Novigrad, on the small island near the Crane Cape. You must walk up two ladders. On the higher level you will find the item, hidden in a package next to the ladder. 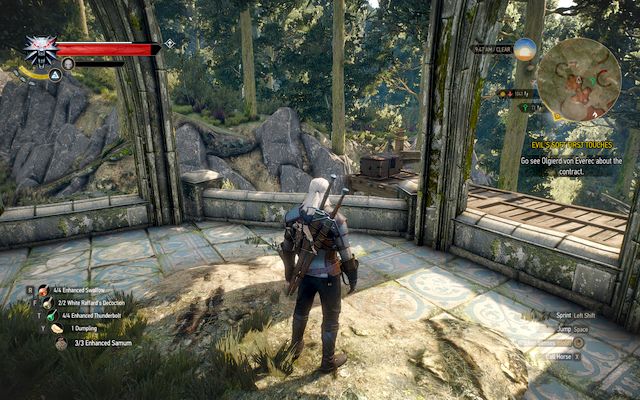 Elven ruins and the chest on the boards

The boots are located on the eastern edge of the map, in the Kilkerinn Ruins. Above the bandit camp you will find a part of the ruins with a tree in the middle - go there. On the wooden "balcony" above the camp you will find the chest with this equipment part. 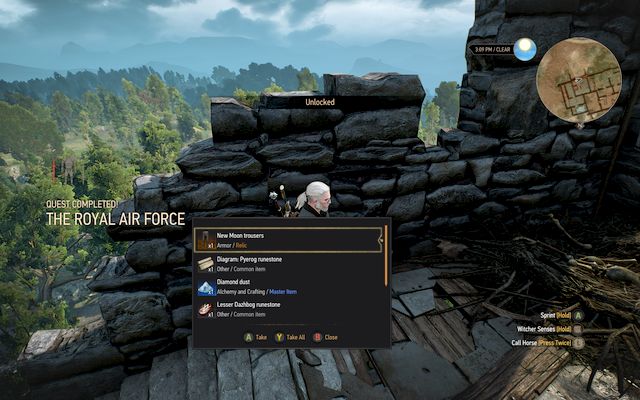 The trousers can be collected during the Royal Air Force treasure hunt quest. You must reach the top of the tower where a single chest is lying. Inside it you will find the gear part. Watch out for harpies flying nearby.

Localization: Crypt on the east 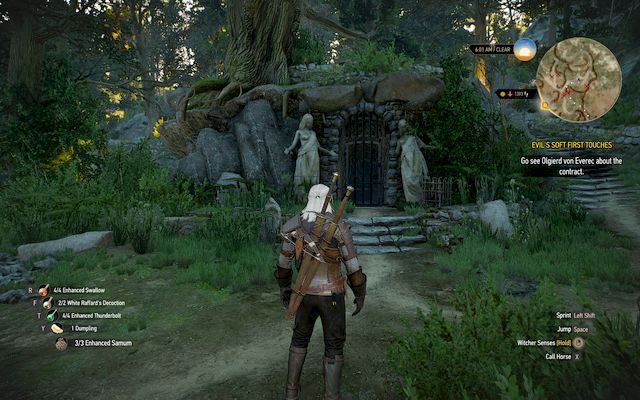 The gauntlets are part of a guarded treasure on the southeast. A crypt guarded by ghouls is located there. Inside you will find a chest with the gauntlets.