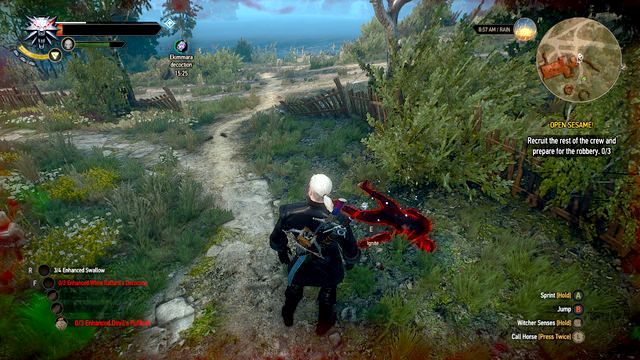 East from Brunwich village (M1,13) there's an old chapel, you will find a body at its walls. At the body you will find the usual - a key and a letter. Go to the back where you will be attacked by three wraiths (level 34). 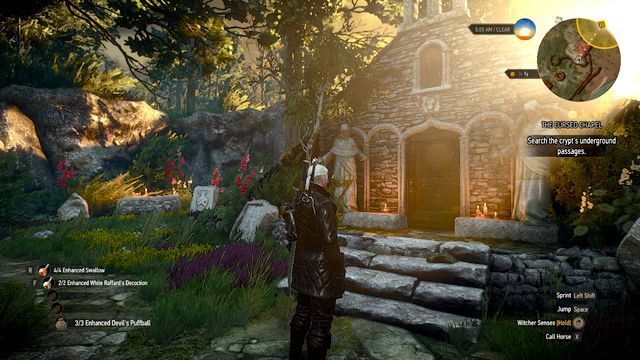 Entrance to the tomb

After dealing with the enemy, enter the chapel by opening the door with the key you found. Inside you will find a corpse and the second note. After you read it and when you try to leave the tomb, you will be attacked by a boss - the Nightwraith. 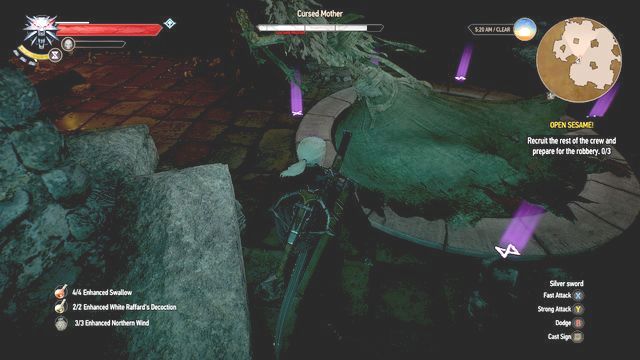 As usually, to effectively deal damage to her, attack her inside the Yrden sign. When she takes the form of three ghosts, use the crossbow. The battle shouldn't be troublesome as the creature doesn't attack too often and her attacks are easy to predict and avoid. Before entering the chapel you can also use Spectre Oil. It is wise to search the coffins in the tomb, there are many valuable items inside.